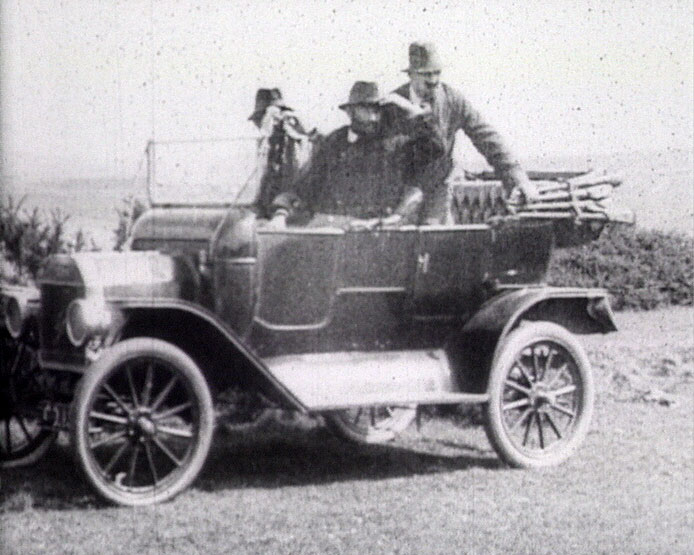 Three bandits learn that £1000 is to be withdrawn from the central bank. They ambush a car and use it in a daylight bank robbery. The police are informed - they set off by car to the South Downs where a car chase ensures between themselves and the bandits. The bandits escape. The police inform soldiers at a nearby Cadets Camp that the bandits are in the area. Two cadets stumble across the bandits hideout 'Skeleton Corse' but before they can raise the alarm, they are attacked, gagged and bound by the robbers. The bandits leave the hideout but their attempts at escape are cut short by the realization that their car is not fast enough - they head back to 'Skeleton Corse'. Meanwhile the two cadets have themselves escaped and signal their comrades. The bandits return to 'Skeleton Corse' where they are quickly surrounded by the cadets - a fierce gun battle ensues. One of the bandits if shot dead - the remaining two are arrested and led away by the police.