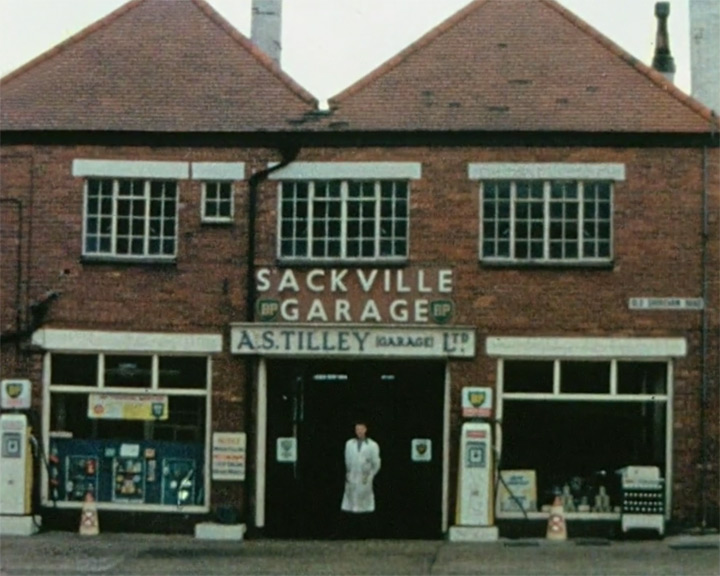 The film begins with a scene at an airport and planes on the runway, there is a loose narrative which follows a young man arriving at the airport to look at the planes and a child playing on a plane ride. The next scene is in a car, driving around.

There is a longer scene of 'Telephone House' with the exterior of the building and shots in the offices. There are various shots of people working, phone's being picked up, a calendar with the date December 1970 and a 'post office telephones' van.

There is a short sequence in Portsmouth of Nelson's 'Victory' followed by a home made advert for 'Gratispool Colour' film, featuring stop motion animation.

A scene at Hove Greyhound stadium shows HM The Queen arriving and leaving. Further shots from a moving car head to 'Sackville Garage' where motorbikes and cars are filled up with petrol using manual and automatic pumps. The two men who work at the petrol station wear BP jackets. At the end of the sequence the younger man gets into BMW Isetta and drives off.

A short scene shows a young man fishing from the shore and is followed by a scene at the Tower of London with shots of Beefeaters, Tower Bridge, tourists taking a guided tour and the River Thames.

The film ends with a home made Ilford advert, again featuring stop motion animation and titles.