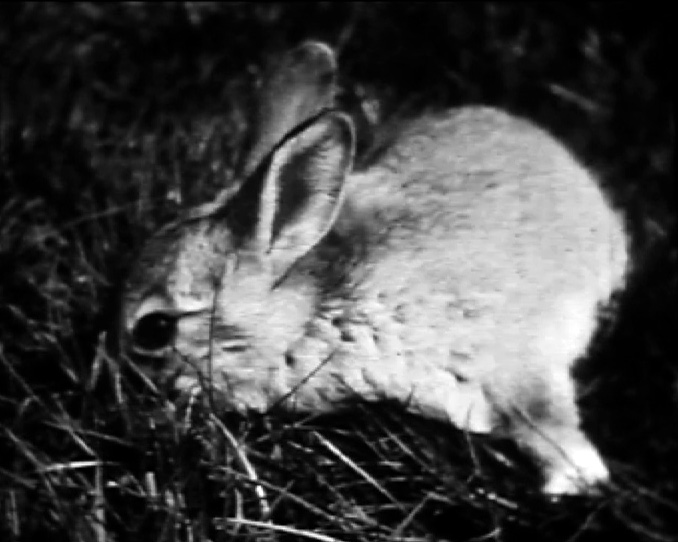 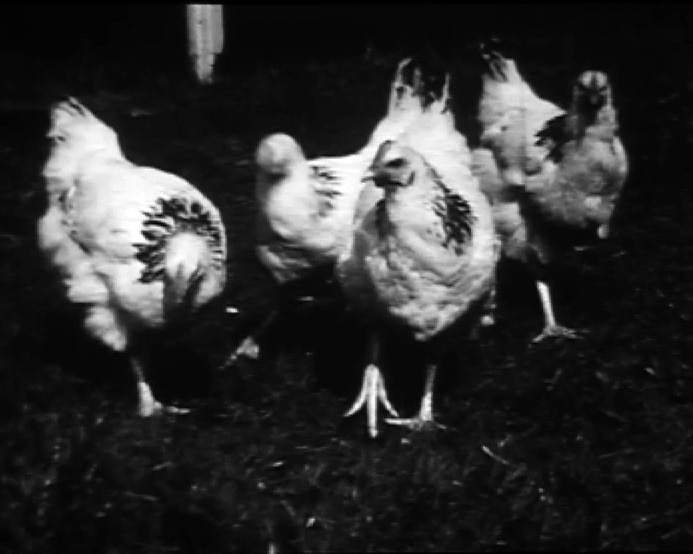 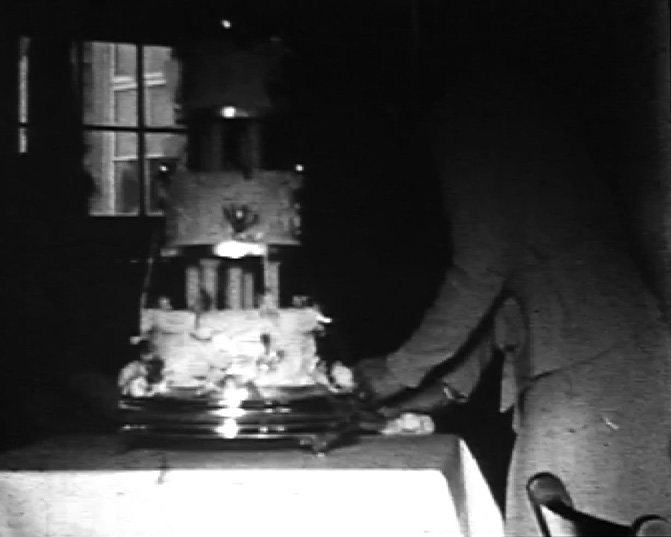 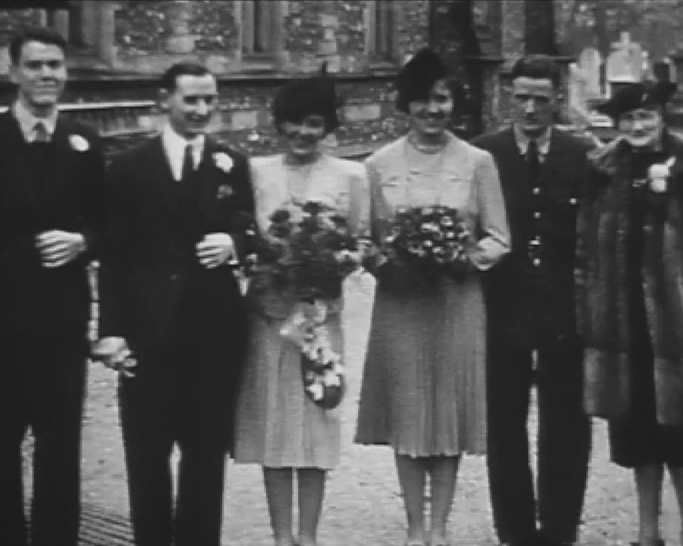 The film opens with domestic garden scenes at the family's house on the outskirts of Shirley, near Croydon, in Surrey. The film-maker's mother, Agnes, is seen sitting under a tree in blossom, and walking in their orchard of fruit trees with the family dog. Kenneth's father, Sidney, digs in the garden. The flowers and trees are shown in close up, in spring bloom. Constance, Kenneth's wife, and her sister in law, Susan, are seen preparing to fire a gun in the garden. The dog lies on the lawn with two ceramic rabbits. Family members walk through the garden, peppered with daffodils. Their animals are seen; chickens and rabbits. Footage shot from the front of a moving motor car as it passes down a main road follows. Agnes follows the chickens inside their wire enclosure. They feed from the lawn. Baby chicks eat from a tray of feed. They are shown in close up. The chickens leap up to a bowl, which Agnes holds out for them. The dog catches a ball, thrown by Agnes on the lawn. A walkway of brick built columns, knocked down by a blast from a bomb, is seen, lying in the garden.

Susan, Kenneth's sister, leaves the house with a man in uniform. They arrive at the church in a motorcar and walk to the church. Susan kisses children, who hand her flowers, standing arm and arm with her new husband in the entrance to the church. Guests look on as a photographer takes their picture. Family members and bridesmaids emerge from the church and stand for a photograph. Guests throw confetti over the couple as they leave in their car. They stand together in groups outside the church, smoking and smiling at the camera. The couple cut their wedding cake in interior scenes, before leaving in the motorcar once more. Four young men in uniform walk towards the camera, wearing thick wool coats. They laugh and pose for the camera on the street. 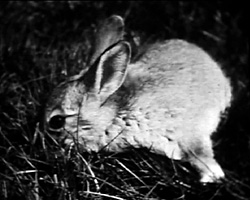 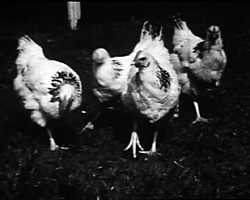 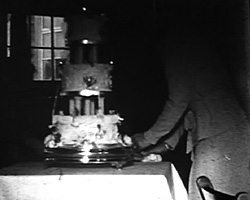 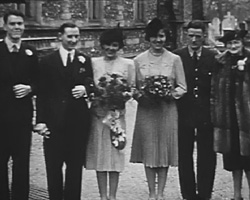