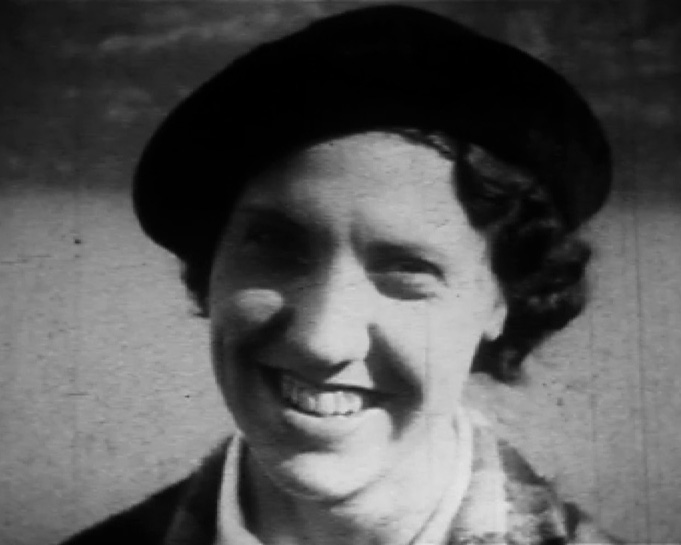 The title and credits are a spoof by Kenneth Woolsey; he names himself 'Kenski Woolivitch - Photography and Production' and his wife, Constance Woolsey, 'Conistein Woolski' as director. A steam train is seen on a railway line, seen from the side of the track as it passes. It pulls into Inverness Station, where Kenneth and Constance have arrived for a holiday with a cousin and her husband, who lived at the Tilt on Perth Road, Inverness. The camera pans across the buildings, abbey, bridge and river at Inverness, from an elevated position.

A sign points towards Urquhart Castle at Drumnadrochit, which is 'open to visitors' and the start of a tour around Loch Ness. Constance walks with a young man up through the ruins. They are shown in head shots, smiling to the camera, while sitting at the ruins, their backs to the loch. She is seen with another man, again smiling for the camera, wearing a checked coat and beret. In 'phantom ride' footage, shot from the window of a moving train, roads and motor vehicles, lochs and landscape, are passed by. Gulls crowd around a fishing boat at a port. Constance picnics on a grass verge. Inverness Castle is seen from a distance. A railway line is seen from a distance at an elevated position, running over Culloden Viaduct. A steam train moves along the track and towards the camera at speed. A dam is seen, water cascading into the loch.

Farm animal market scenes follow. Sheep are released from a truck and delivered to their pens. Pigs are also seen at the market. Sheep dogs herd the sheep from another truck into their pen. Constance is seen while taking tea with Kenneth's cousin Ruth on a swing bench in her garden. Highland marching band march through Inverness. Soldiers perform gymnastics and highland dancing routines with great skill, on equipment in the grounds of Inverness Castle. Family members are seen with their dog in a domestic garden.

Farmers harvest a field, drawn by shire horses, in Burghead in Moray. An old couple are seen in their door way. Constance and her husband's cousin. Waves wash up to the cliffs. The two women attempt to run in the sand, laughing and falling. The women are seen, climbing over fences and walking in Altyre, also in Moray, an estate belonging to Lord Monkbretton in the early 20th century where Kenneth's parents had been in service. Farm animals, chickens and ducks are seen being fed. A motorcar drives through the Moray landscape, also seen in footage shot from the moving vehicle. River scenes follow. Family members are shown in head shots, laughing to the camera. Scenes at Inverness train station close the film as it began; a steam train pulls away from the platform and is seen further along at the side of the track.