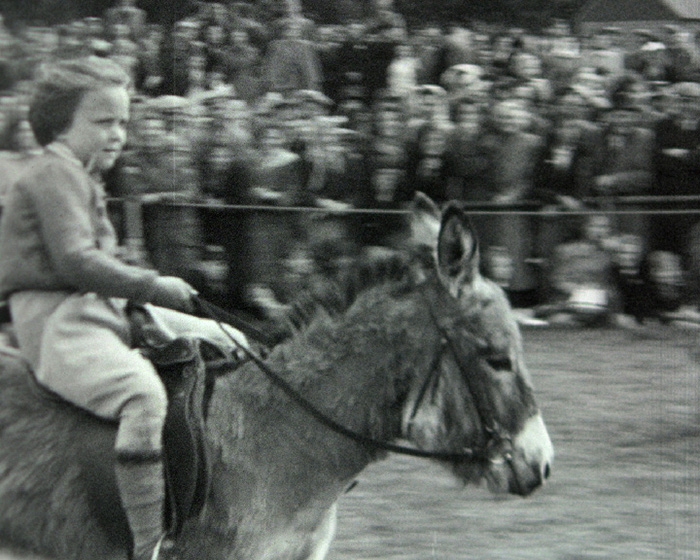 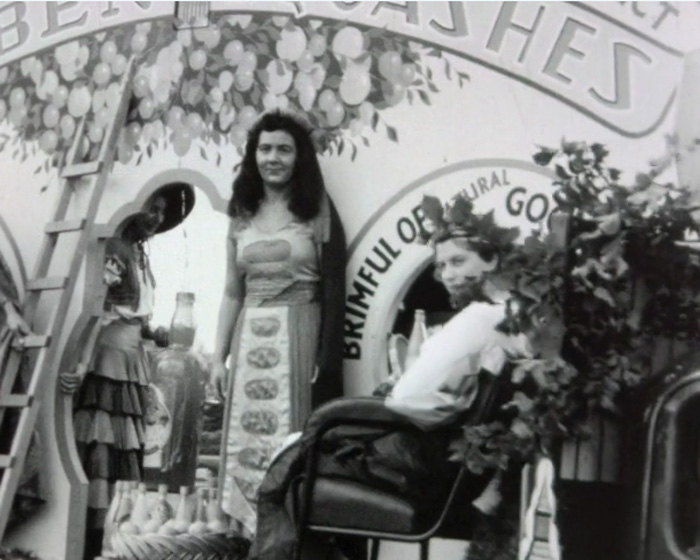 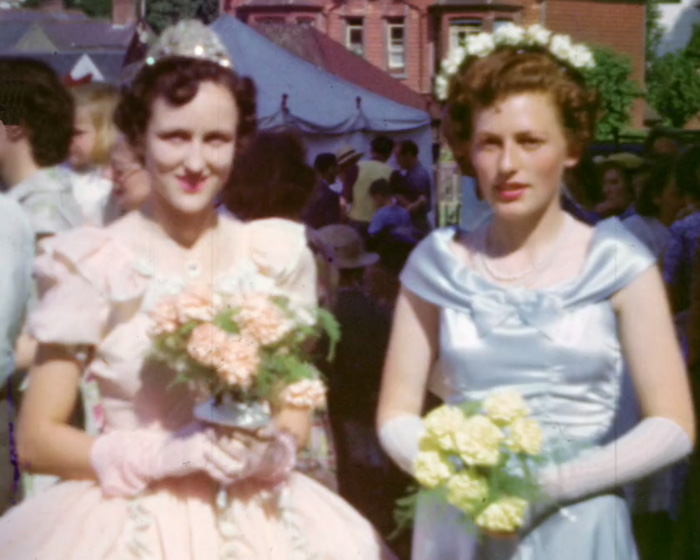 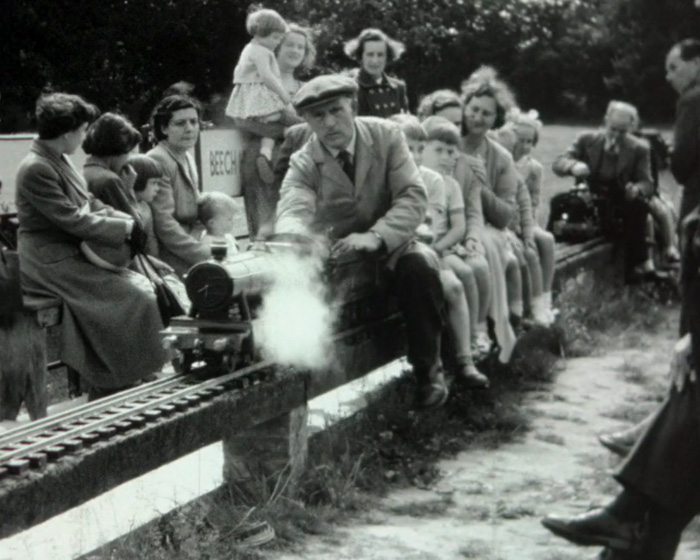 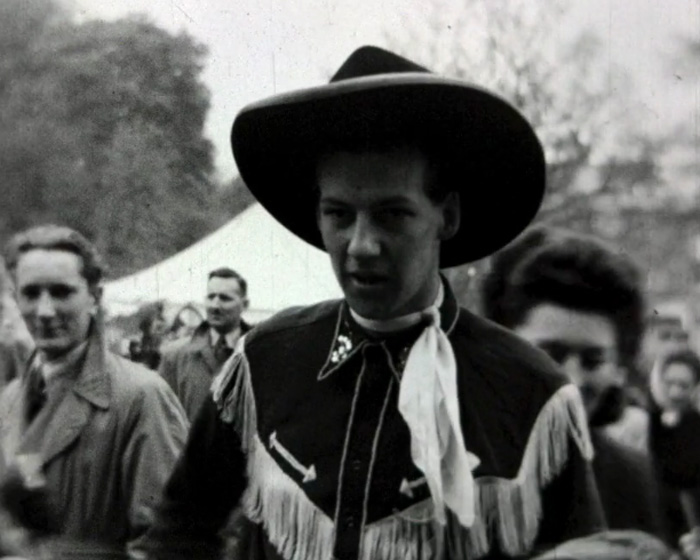 ‘The Gymkhanas have certainly made Wivelsfield Green famous’

Donkeys are paraded along a stretch of grass with a large audience watching from behind barriers. A game of musical chairs is played by the children as they ride and lead the donkeys. The donkeys are raced as children and adults coax the animals towards the finish line. The donkeys are then seen with riders wearing fancy dress. Costumes include knights, fairies, matadors, and 'the comet' aeroplane. Another donkey race takes place.

‘A civic occassion at Wivelsfield Green’

A man dressed in official clothing resembling a mayor arrives in an ornate carriage pulled by a donkey. The 'mayor' climbs and slides down a slide in a children's playground. Children are then seen playing on the slide and the swings in the playground.

A parade takes place led by the fire brigade and the army. Floats drive past with various themed tableaux including Lindfield Dramatic Club dressed in a Henry VIII theme.

In colour film taken in 1952, the street is shown decked with flags and a banner which reads 'Hurstpierpoint Carnival June 28th'. A carnival parade takes place including a marching band and carnival queen. Various floats and people in fancy dress costumes pass by. At a fun fair, the camera focuses on the carnival queen and her attendants.

Returning to black and white film, possibly taken in 1954, the film shows the Beech Hurst Miniature Railway. Children ride on the model railway and family members watch from the sides.

‘Local History. Beech Hurst as it was’

Returning to colour film, the house is shown with views of the gardens.

Returning to black and white film, possibly filmed in May 1951 a trick horse riding display team dressed as cowboys ride horses and Buck Ryan greets the crowd. The END. 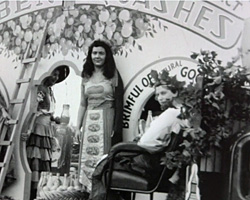 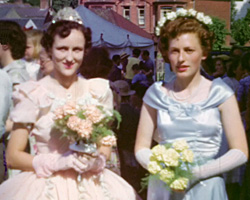 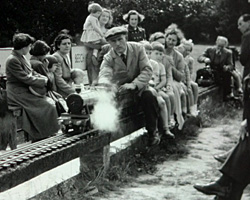 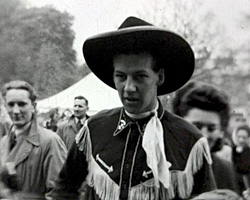