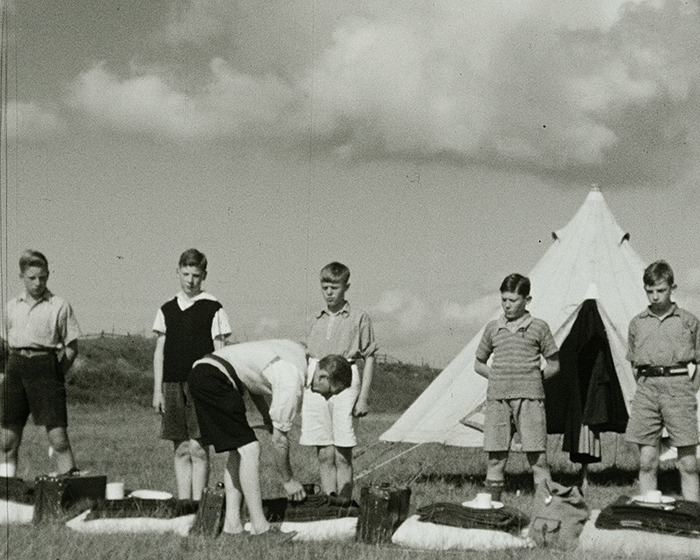 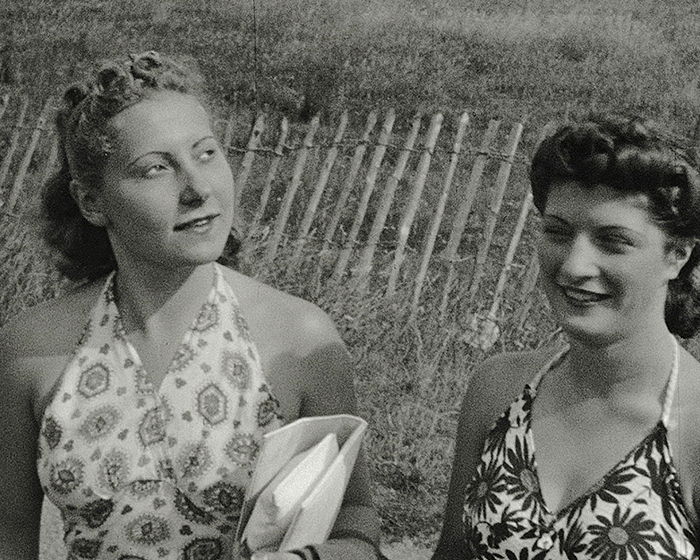 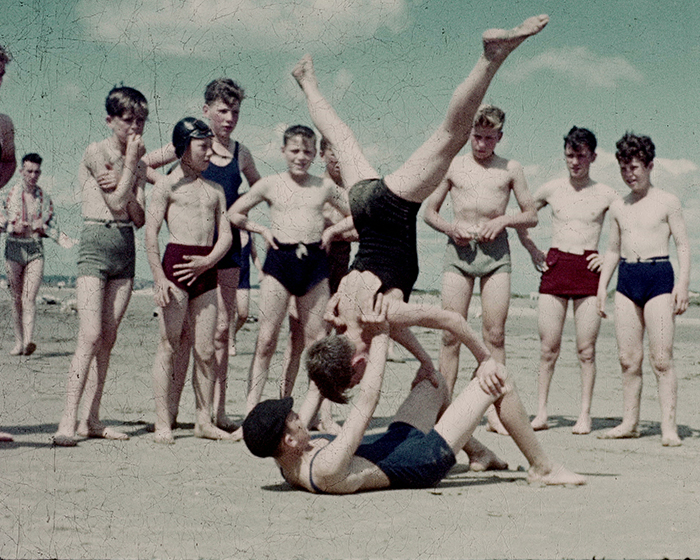 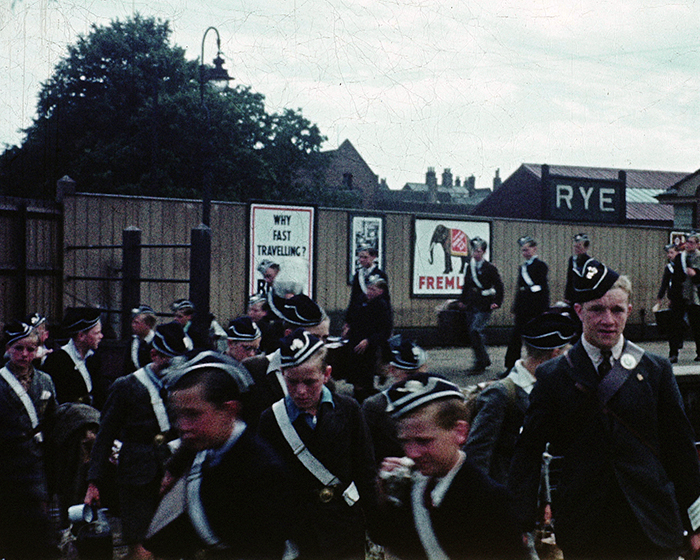 The film opens with some busy street scenes shot in central London; St. Paul's Cathedral can be seen in the distance. These are followed by shots of blocks of flats; children play in an open courtyard. Sign: "Lyndhurst Hall"; brigaders in uniform leave the hall and are seen boarding a train - the captain waits on the platform looking at his pocket watch. Meanwhile, a brigader leaves his home and makes his way to the station. The boy drops his belongings on the way to the station and is running late; he makes the train just in time as it departs. Shot of the train pulling out of the station; boys wave through the carriage windows. In the next scene, tents can be seen at the campsite; boys wash in the open air using flannels and buckets of water. Dark shots of two officers frying sausages on a stove. The boys head to the beach with their towels; dressed in swimming trucks they race into the water. Back at camp, they stand to attention next to their kit during an inspection; close-up of a boy's kit, the captain picks up the two knives and talks to the boy who can be seen smiling. A group of the boys board two East Kent buses; the officers are seen enjoying a picnic at Camber Sands. The boys are seen siting on a pebble beach eating sandwiches. Shots of a sailing boat; one the leaders is rowing a boat. After brief shots of two girls and the captain, the boys take part in a football match. Shots of the boys horse riding in a paddock; throwing a hoop over a net, and making spotted dicks in the kitchen tent. The boys help by peeling potatoes; shots of the leaders preparing and serving a meal. The boys sit down at benches to eat their meal.

Shots of officers taking down a tent and talking to a farmer and his wife. A brigader and officer run towards a train station; shots of brigaders boarding a train and the train departing. [Kodak Safety Film logo] followed by colour shots of the same camp and boys sitting in a garden eating buns. The boys are seen playing on the beach and in the sea. At the end of the film the boys, dressed in uniform, arrive at Rye station. 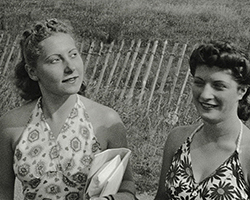 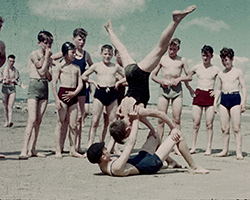 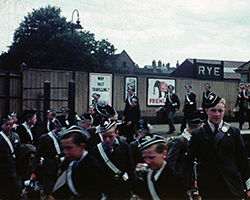 The Boys' Brigade is a Christian youth organisation that was founded in Glasgow in 1883 by Sir William Alexander Smith. It was the first uniformed youth organisation and it is now a worldwide movement, working with thousands of boys. The annual camp, as seen in this film, was devised as a way of maintaining contact with the boys over the summer. The camp and activities would be carefully planned by the Captain and were the highlight of the year for the boys. There would be a strict routine and discipline would be enforced with an inspection of camp and full-dress parade, as seen in the film.

This page on the Boys' Brigade website contains a link to a book written in 1983 entitled First for Boys which gives a history of the Boys' Brigade and lots of detail on their summer camps. The book also includes a photograph of the 1st Leytonstone Company on camp at Bognor in 1904.
http://www.boys-brigade.org.uk/first-for-boys.htm