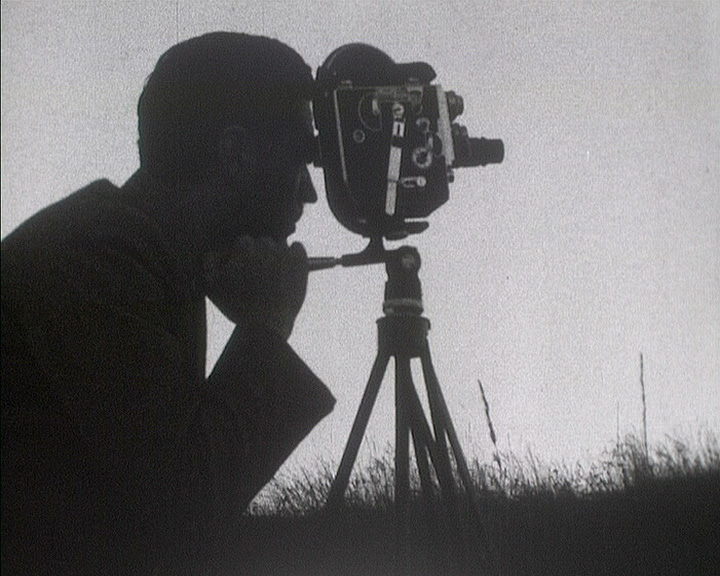 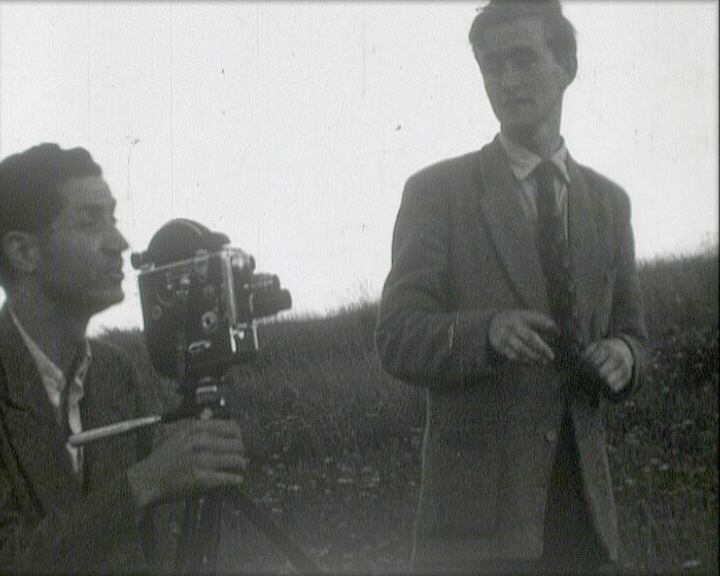 The compilation opens with the Albany Productions Film Unit crest followed by the title “Local News 1951”.

Illuminations on Brighton’s Palace Pier, the seafront and Victoria Gardens at night are followed by firework displays. A brief scene of three boys running along the street in Brighton is entitled “Boys Brigade runners take Festival message to King”. Crowds at the velodrome in Preston Park watch international cycle races.

An Air Display at Shoreham airport begins with exterior shots of the airport building. Shots of the RAF Vampire jet in flight over the estuary and Lancing chapel. Aerobatics by three biplanes; they fly in formation, loop the loop and fly upside down. Further shots show the airport building and the biplanes taxiing. There is a brief shot of a parachute descent and views over the crowd watching. The sequence ends with an RAF Meteor jet performing aerobatics and flying low past the crowds.

“Princess Elizabeth Visits Hove”: shots of the expectant crowd. The Princess steps out of car and is greeted by the Mayor and other dignitaries. There is a brief shot of the Princess waving from a moving car. A crowd gathers outside Hove Town Hall which is decorated with Union Jacks and bunting. The crowds wave flags as the Princess exits the building. Her car leaves through crowded streets. “Southwick Power Station takes Shape”: a panning shot across the building site in the harbour shows the power station under construction, the chimney not yet complete. A Regency cricket match takes place on Hove lawns as part of the Festival of Britain celebrations; views of the buildings along the seafront include Embassy Court. “Albany film Unit at Work”: shows members of the Albany Film Unit filming a production. Silhouettes of man with movie camera on tripod, and man and woman walking hand in hand on the South Downs conclude this compilation. 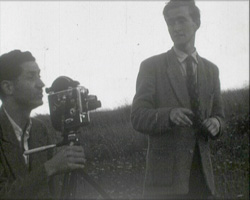 The Albany Film Unit was an amateur cine club based in Southwick, West Sussex. Following the death if its Chairman Sid Mitchell, the club folded in the early 1990s. The local newsreel was a popular format with cine clubs. Compiling a number of items, usually filmed by several members throughout the year, was a relatively trouble-free method of producing a varied film, of interest to all members and of reasonable length. This particular compilation is fairly modest in length at 11 minutes, often compilations might run to an hour or more. Working in this way meant that individual members could film local events and points of interest throughout the year and the results, when edited together would form a neat (though not always comprehensive) year book. As seen towards the end of this compilation, cine club members often had a penchant for turning their cameras on themselves.

A selection of periodicals relating to amateur film-making (for example, Amateur Cine World and Home Movies & Home Talkies) is held at the BFI. The magazines contain many references to cine clubs and societies nationwide.

Many of the early jet planes seen in this film appear in several films by Matthew Nathan, a cameraman working alongside Sir Frank Whittle on the development of the jet engine. The film is available at the Imperial War Museum (IWM) The IWM catalogue is searchable online.
http://www.iwm.org.uk/collections-research

“The Airport Archive was established in 1990 to record the history of Britain's oldest licensed airport. The research carried out covers the entire history of Shoreham and housed within the Visitor Centre are material and photographs for visitors to view.” Further information is available at the airport’s website.
http://www.visitorcentre.info/