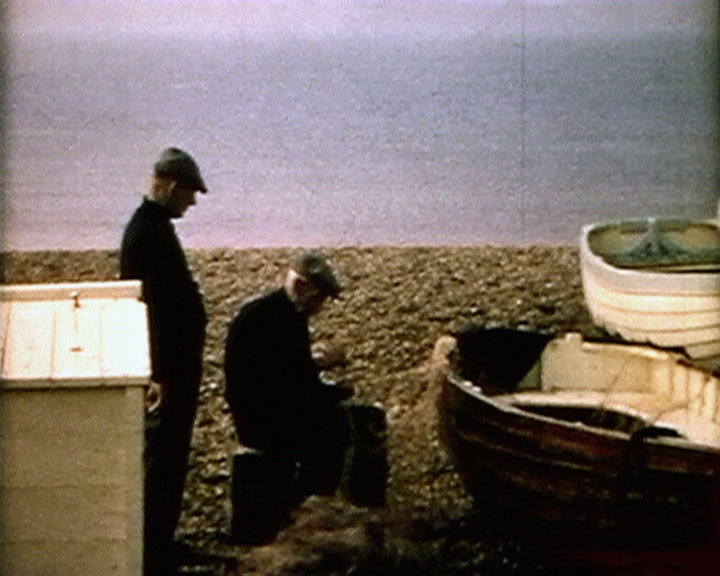 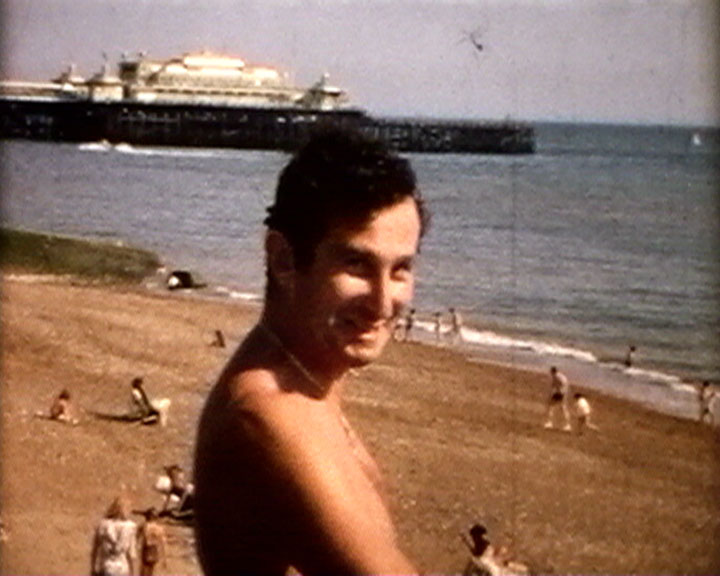 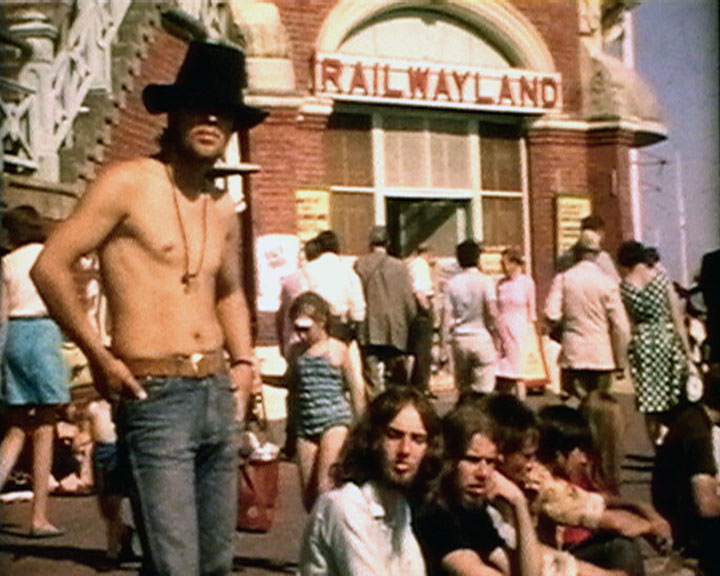 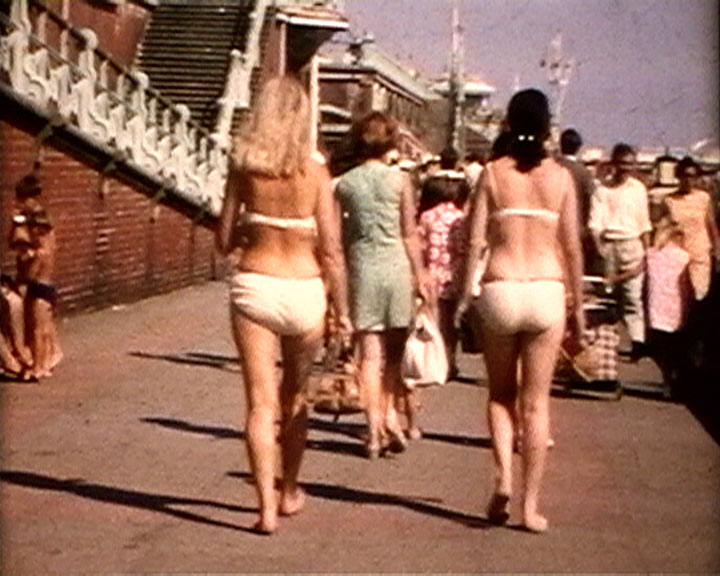 The film opens with views from a car arriving in Brighton accompanied by sounds of the traffic. The narrator begins a nostalgic commentary on how things have changed in the town since he was a boy. Attractions around Brighton are shown including the Aquarium, the Royal Pavilion, Brighton Dome and a poster advertising the long running variety show “Tuesday Night at the Dome”. Scenes on the sea front are featured, including the beach, the promenade, the bandstand, the boating pool, women on deck chairs, children on donkey rides and the Hotel Metropole. On the promenade and on Brighton’s West Pier, there are scenes of the filming of Richard Attenborough’s feature film ‘Oh What a Lovely War’, including people in period costume and the fairground sign used in the film reading “World War One”. Scenes of the fun fair lead on to a long sequence featuring the cars on the RAC Veteran Car Run as they arrive at Madeira Drive. This is followed by scenes of contemporary cars, car parking meters and parking attendants, a stamp machine on the promenade, scenes around ‘The Lanes’ and its antique shops, Pool Valley bus depot, formal squares and gardens, children playing in the boating pond and in the paddling pool. The narrator reminisces about rides on the Volks Railway as a boy and the camera follows a boy with a toy windmill riding the Volks Railway along Madeira Drive to Black Rock. Fishermen on the beach collect in and mend their nets and the narrator states that fresh local fish can still be bought at the Open Market on London Road. Shoppers are shown buying fruit, vegetables and fish from stalls at the market. Two restaurants: ‘Jimmy’s’[?] on Stein Street with an Edlin’s brewery sign and ‘English’s Oyster Bar’ on East Street are shown and commented on. This is followed by more scenes of people on the beach and on the promenade including two nuns with deck chairs, a rack of “saucy” postcards, families and young people including young men with long hair styles, a girl playing guitar, and girls walking wearing bikinis. A shot of the Peace Statue, (a monument to King Edward VII) on Kings Road at the boundary between Brighton and Hove, is followed by scenes at an open air exhibition of paintings by local artists and a sign for a clairvoyant on the sea front. The film then features buildings in the town including houses in Regency Square and “Regency Cottage”, the 1930s art deco Embassy Court building, the Norfolk Hotel, the 1967 replacement for the Bedford Hotel, the Hotel Metropole, the Grand Hotel, the Brighton Centre ice rink and conference centre, the Brighton School of Art on Grand Parade and the offices of BBC Radio Brighton. The film ends with night time scenes of the illuminations on the Palace Pier, the Pavilion, signs for ‘fish and chips’ and ‘hot salt beef’ and the narration concludes saying: “blessed Brighton of my boyhood. I shall never forget you”. 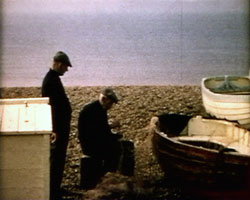 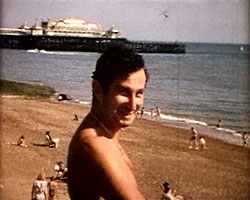 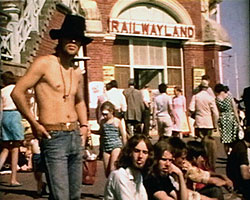 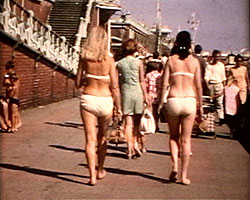