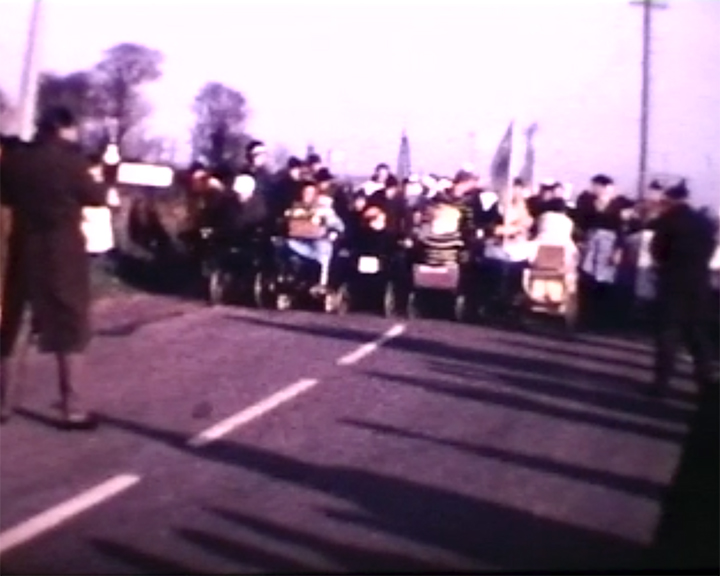 A young man sits in a pram dressed as a prisoner. A sign reading "Maximum Security Wing outing prison to pubs why use a pony?" is attached to the side. A man dressed as a baby sits in a pram, pushed along by another man dressed as a woman who runs along the road. Scenes of a crowd of spectators follows. An event organiser speaks with a megaphone to the crowd of race participants. All launch forward and begin to run as the race starts. Participants rush past the camera down the road flanked by spectators. All wear fancy dress. Some of the prams have been made to mimic houses, a prison cell, broadcast antenna and a batmobile. Further along the race course, participants wave to the camera or tip their hat as they pass. A crowd of spectators gather around the finish. A man dressed as an undertaker pulls another sitting inside a coffin. The three mile Pagham Pram Race has taken place on every boxing day since 1946. 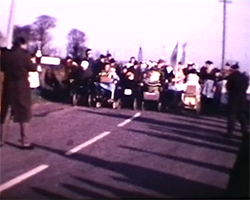