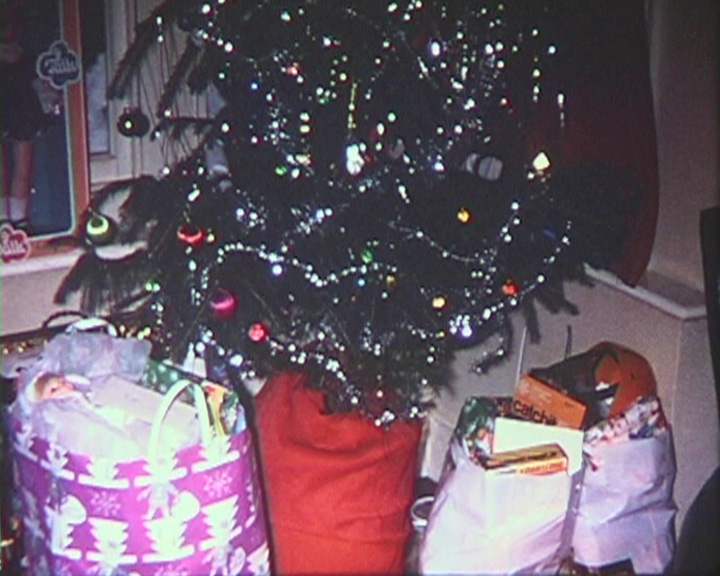 One in a large collection of family films from the Greenyer family of West Sussex. This film contains a variety of content that includes family scenes and community activities, which span several months including Christmas - they are accompanied by a music soundtrack.

The film opens with shots of Robina Greenyer enjoying a picnic with her two young children, Emma-Jane and Daniel. Children compete in running and three-legged races in a park. The Albany Cine Club float is prepared in a residential street - it later joins the Southwick Carnival parade, carrying club members (including Robina) who stage a mock filming event, and who hold placards reading "Get Exposed" and "Beware of Cine". Large crowds attend the Carnival's funfair and scenes are filmed from aboard a moving Ferris Wheel.

The Greenyer family are next seen aboard a private motor cruiser which traverses the River Thames. The camera films the picturesque riverbank scenes as the waterway continues its Western route (near Kew?) - the gently meandering river is utilised by the tourist cruiser 'Princess Freda', and by a handful of rowers and bathers.

The Greenyer children join other youngsters at a wildlife park who stand perilously close to small herd of elephants at the picnic area. Emma-Jane and Daniel are later filmed playing on a miniature tree house in the back garden of their home. Their grandparents join them at home for a family Christmas - the children appear overwhelmed by the amount of gifts awaiting them and the guests applaud when the traditional Christmas lunch is presented. One of the grandmothers has a post-dinner snooze before the children are bathed and put to bed. 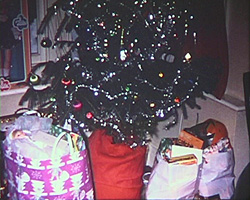 Screen Archive South East houses over ninety Greenyer family films, predominantly made during the 1960s and early 1970s. The content of the majority of the films is typical of that found in home movies, namely family celebrations and holidays, and community-driven activities. Many of the films in the Greenyer collection illustrate recurring themes - annual scenes such as the family Christmas celebrations have been repeatedly filmed, providing images of the rituals of the day and idiosyncrasies peculiar to the family.

Jim Greenyer began filming in the mid-1950s, took cine lessons and gave film shows at youth clubs. He also worked at a photographic shop in Hove. Jim's wife Robina was a member of the Albany Film Unit. The couple's connection with the Albany Film Unit led to the Greenyer family performing in front of the camera in a number of fictional productions. Robina stars as a femme fatale in The Welcome Stranger or The Gallant, The Valiant & The Bold! (ca. 1966); Emma-Jane plays the starring role in The Vision (ca. 1973) as a girl who recovers her sight; and Jim appears in a Albany Film Unit promotional film entitled Club Commercial (1968).

Screen Archive South East 's collection of films made by Jim Greenyer include for example, home movies that record the early years of his children's' lives, such as [Christmas 1970] (1970), and films of local interest such as [Film Classes at Sellaby House Adult Education Centre] (ca. 1970) and BBC Radio Brighton (1966 - 1968?).

This book has a section on amateur filmmaking in West Sussex. Copies are held at West Sussex Record Office, Chichester and Screen Archive South East.