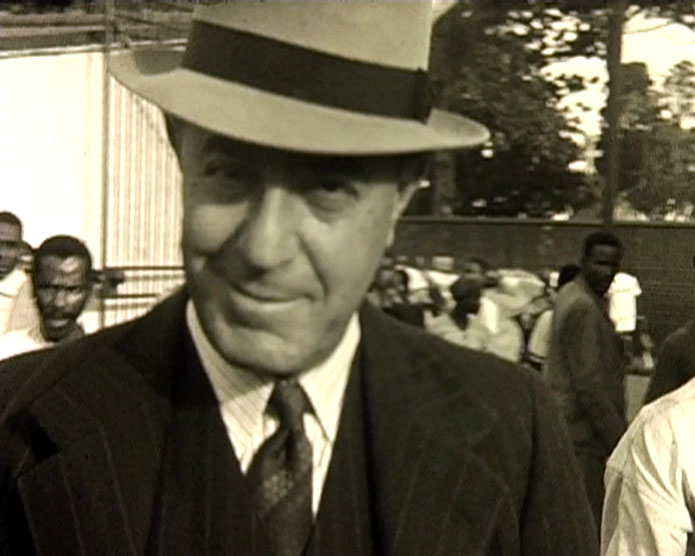 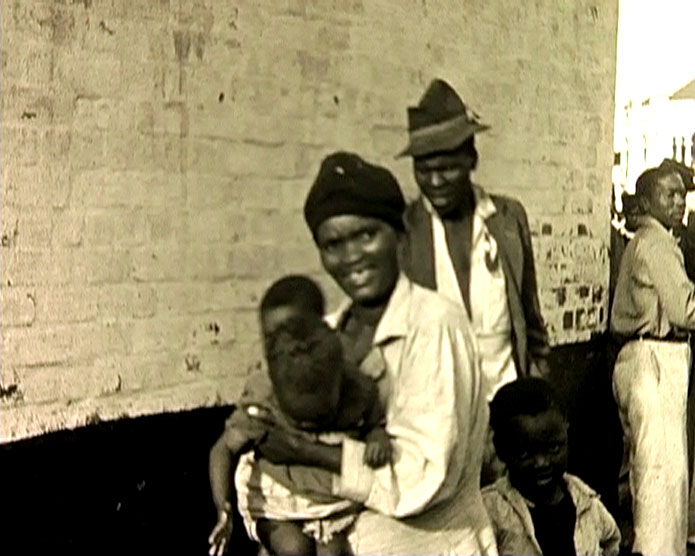 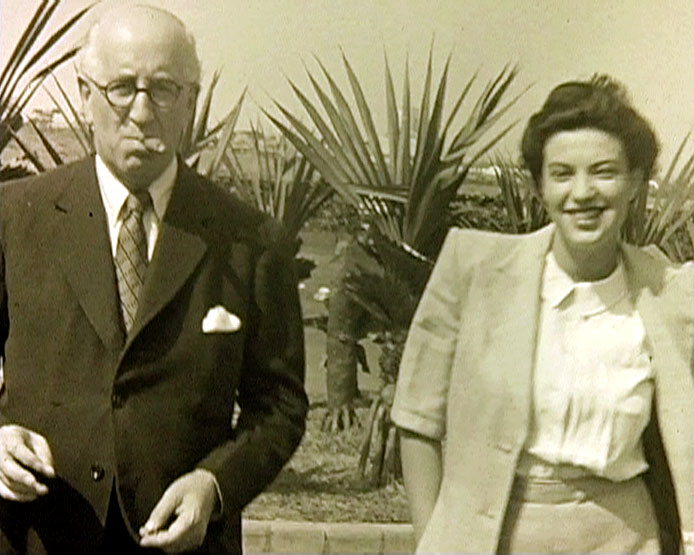 Locals mill around and chat in a busy African marketplace, and a local family poses for the camera. An aeroplane takes off, and Horowitz and a group of friends, who will reappear throughout the film, pose. At Durban Air Station, a South African Airways plane is refuelling, as a crowd watch. The next scenes are of the Robinson Deep gold mine, part of the Witwatersrand gold fields in and around Johannesburg, which by this time would have been somewhat depleted. A local boy wanders into a panorama of the surrounding scenery, and mine machinery, before a group of miners pose for a portrait. The next scenes are of the busy Commissioner Street, in central Johannesburg, featuring the imposing new Shakespeare House and CNA buildings.

The deck of a ship follows, as people haul luggage aboard. A woman walks through a garden as the camera records the elevated view over trees, of a bayside city in the distance. The film then cuts to shots of three girls hanging out of a window, before the camera takes up the same vantage point to film crowds in the street below around the Arc de Triomphe, in the distance. A man is perched on a lamppost. A parade marches past the Arc, as people watch from rooftops. A canal is seen next, filmed from a ship. A small harbour comes into view. The ship is later seen in the docks. A group of people pose for the camera. The next scenes seem to be of a London street. A group are seen leaving a house. As they wave to the camera, there is a Rolls Royce dealership sign behind them. The group pose and joke around for the camera.

In the following scenes, people are walking down a mountain path. There are panoramas of mountains - the scenes are probably of the Alps. Cars are seen on the mountain road. The group come to a stone archway which bears a legend in Latin - "saxa terrae loquuntur gloriam tuam" - the stones will speak your glory. A snowy Polish mountain village is then seen - a family are walking down the street, with the cinema and shops in the background. A woman skis past them down the street. A party travel past in a carriage on skis. Friends pose for the camera, as a girl tries to ski past. Three old Jewish men are seen walking down the street before more family portraits.

The film then moves to India, where it documents people sitting on their doorsteps, facing a poor street. Busy street scenes are recorded. Next, a couple are filmed on the deck of a cruise ship. The woman is then seen being driven away by a chauffeur. Grundtvig's Church, Copenhagen, a large modern church building at the end of a terrace is seen, before a woman is filmed in front of a French cafe, as boys roll wheels in the street behind. More shots of the facade of the church follow. 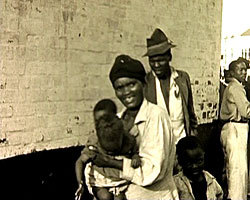 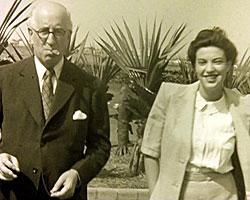