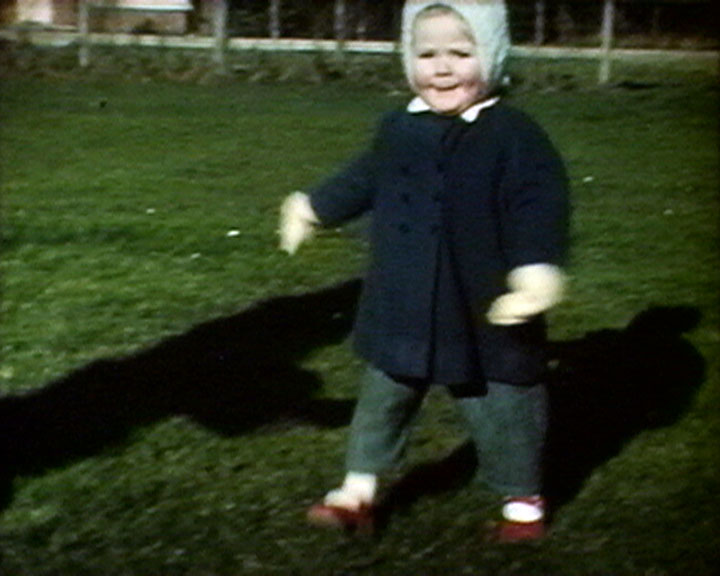 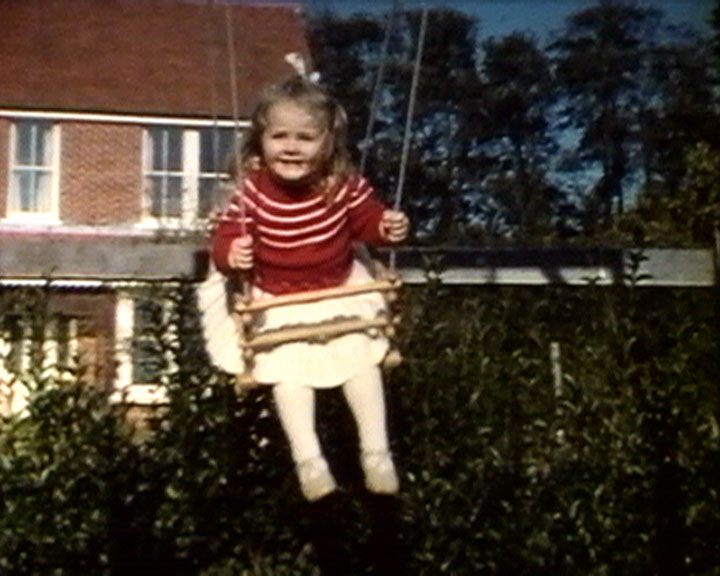 The film begins with Elizabeth as a baby lying in a cot. There are several scenes of her in a push chair on a pebble beach playing with her mother, and in a high chair with a drinking cup. Sitting on a lawn, her toddler brother tries to play with her, giving her a ball. The girl is then seen learning to crawl on the grass. Her brother pushes her along sitting on a child’s wooden brick trolley, he then plays with a push along a dog toy. Elizabeth, now walking, plays indoors with a doll. With a Christmas tree is in the background and sitting on a bouncing horse toy, she plays with a bauble on the tree. She is also shown walking and running outside wearing a woollen coat and hat. Looking a little older again, the girl stands outside in warmer weather, and tries on her father’s shoes. At the beach again, she walks towards the sea and paddles in it, then digs in the sand with a spade. Sitting on a swing, she swings backwards and forwards and spins around. The family house and garden is finally shown covered in thick snow, Elizabeth's father carries her on his back in a child carrier, and pulls her along the snow in a sledge. 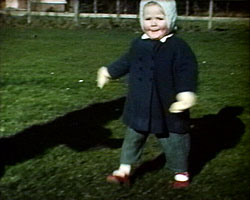 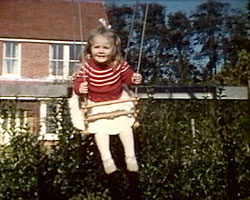