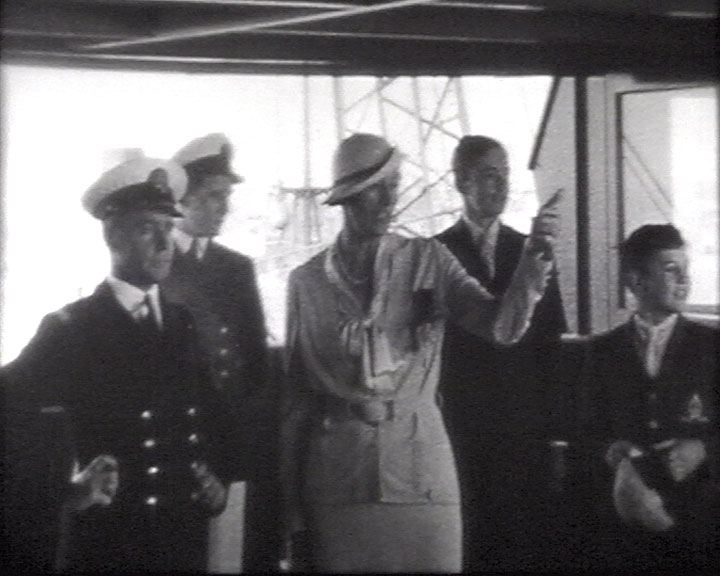 The film opens with scenes in Egypt, including people at a harbour and several panning shots of the Suez Canal. A group of Egyptian men in a small boat are seen selling rugs and other goods, and there are further pans of the quay and canal, and people on the quayside. Various snake charmers are seen in succession with a group of onlookers gathered around them followed by a shot of a man standing with his rickshaw.

Now in Australia, various family scenes include the group standing in a garden on a windy day and posing by the waters edge; boys play with a dog, a man poses by a car and the gardener turns on the hose pipe. On board a ship, there is a brief scene of a woman throwing a ball over a badminton net. This is followed by several shots of the family sitting on a grassy bank drinking tea, preparing for a picnic and playing in a stream. Back aboard the SS Strathnaver the family are filmed with the ships officers. This is followed by various shots of the ship with streamers, and passengers stood by the railings, people embarking and disembarking, the departure of the vessel, followed by a shot of a plane flying overhead as the trip to Australia comes to an end.

Back in England, there are various scenes of family and friends at home and on outings including; two men playing tennis with several onlookers, two men fishing from a boat on and a pan across a packed car park. Several shots follow of family members at a sunny April wedding, posing and playing to the camera. Scenes in the street outside the 'Sadler & Co. Chichester' shop which sells 'Dog, Game & Poultry foods' are followed by various scenes of the family posing in a garden, shots of Burton Mill pond, a woman knitting, a race of sailing dinghy's watched by a group of spectators, another pan across a packed car park where a Sadler truck is parked and a short scene of a man driving an MG sports car. The film finishes with a scene of a well dressed man digging up a pot from the ground, which he takes to a garden shed where there are several similar excavated pots.