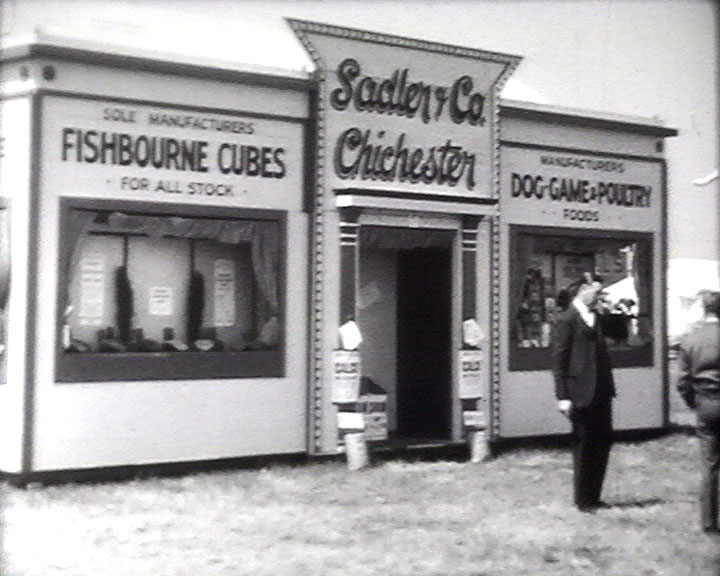 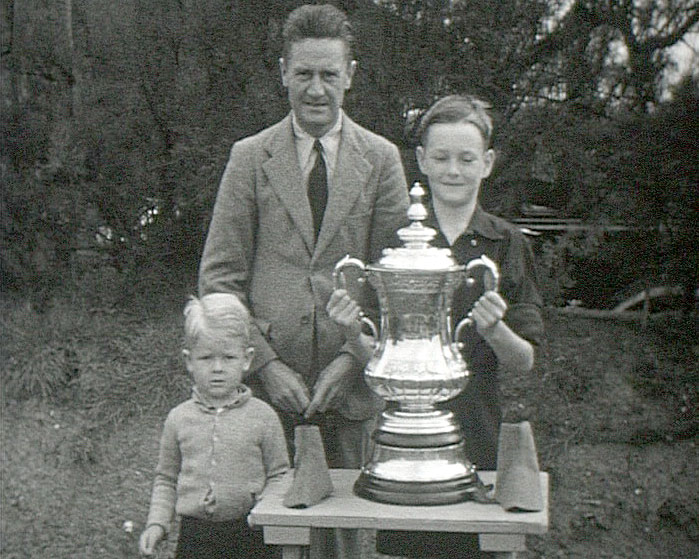 The film begins with images (repeated from another Sadler Family film [Pre-war and Wartime Scenes]) showing an Auto Gyro taking off and landing at Lerwick, Shetland, and of a crashed sea biplane being lifted out of the water by a crane. The next scene is of David Sadler practicing cricket strokes for the camera. The following sequence is of a large ship and then several shots of a large military sea plane, on a mooring and then taking off and landing several times, shot from a moving speed boat. More family shots follow; a garden covered in snow, children sledding, a snow covered race track, a group of boys posing in front of a large building and a car park with a large mansion house behind. In the next part of the film a small motorboat is on fire and several firemen are trying to extinguish it as a group of people including a policeman look on. In the next shot we see the 'Sadler & Co. Chichester' stand at the Weymouth agricultural show with a group of men posing outside, and there's a brief shot of a historic display of horse drawn carriages. The film then shows the horse guard at Buckingham Palace with a long pan of the Palace building itself, followed by a series of regimental marching bands. Jack Martin (brother to the film-maker) then appears from the Palace having been decorated with a medal and is seen posing for an official photograph. The film ends with a young David Sadler posing with and holding what appears to be the FA Cup trophy (?) and standing by it with Gerry Martin and his young son. 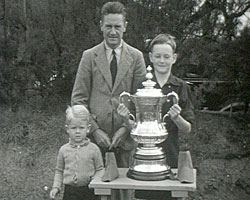