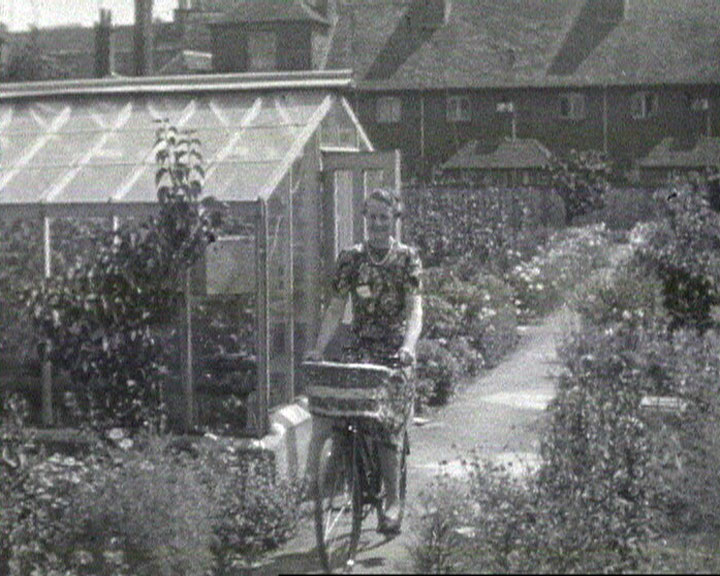 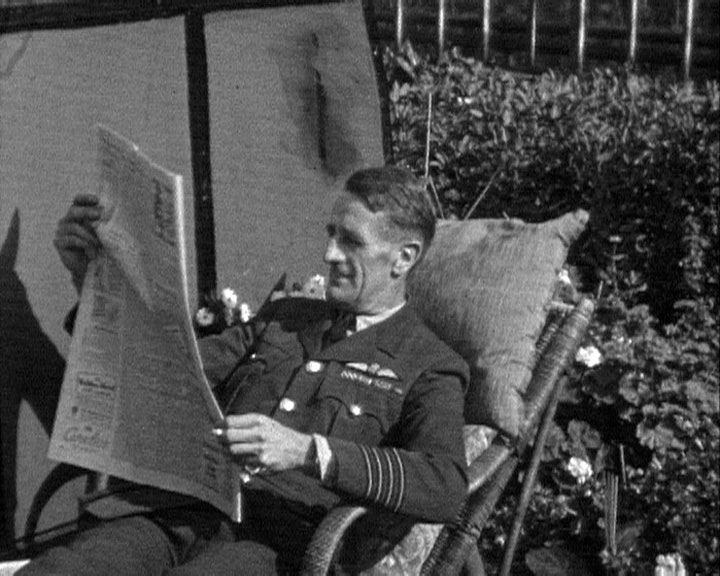 The film starts with a group of family members posing for the camera, one of the men in an army uniform. A mother and young girl pose for the camera and a young boy with a man in an officer’s uniform feed the family rabbit. In the garden, out buildings are seen being painted with a camouflage pattern. Several scenes showing the Sadler children riding on a miniature train in Summersdale in Chichester are followed by further scenes of family members standing or walking in the garden and by the greenhouse. Jack Martin, the film-maker's brother, wearing an RAF uniform, reads a newspaper in the garden. Several scenes follow showing bomb damage in Chichester, including damaged buildings in the Little London area of Chichester. Final scenes in the garden show family members enjoying the garden in the Summer, including women riding bicycles, flowers blooming in the greenhouse and finishes with scenes of the garden under snow in Winter. 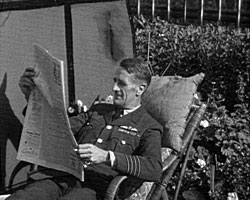 This film is one of a number made by members of the Sadler family showing family and friends in and around Chichester. In this film several family members and friends pose for the camera and scenes of the large family garden predominate. The war-time setting of the film is illustrated well through the presence of a bomb shelter the garden, scenes of bomb damage in central Chichester, and many of the men seen in the film wearing military uniforms.

The family at the time owned East Pallant House (now a council office building) in Chichester, which had an extensive walled garden. The garden was subject to a compulsory purchase after the war and is now used as a car park. The film contains many panoramic shots of the garden, being used predominantly as a kitchen garden and containing a few out buildings, a family air raid shelter and a large green house.

“The Mass-Observation Archive specialises in material about everyday life in Britain. It contains papers generated by the original Mass-Observation social research organisation (1937 to early 1950s), and newer material collected continuously since 1981.” The Archive holds a large amount of material relating people’s experiences during wartime. A search facility is available online.
http://www.massobs.org.uk/index.htm