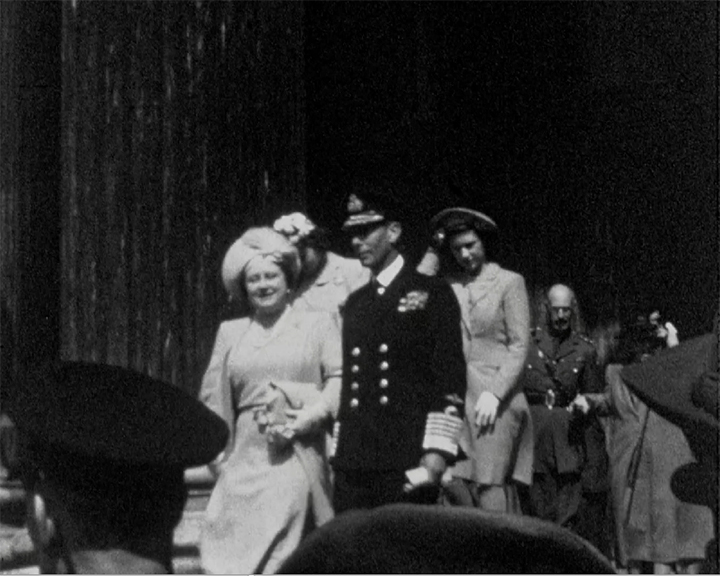 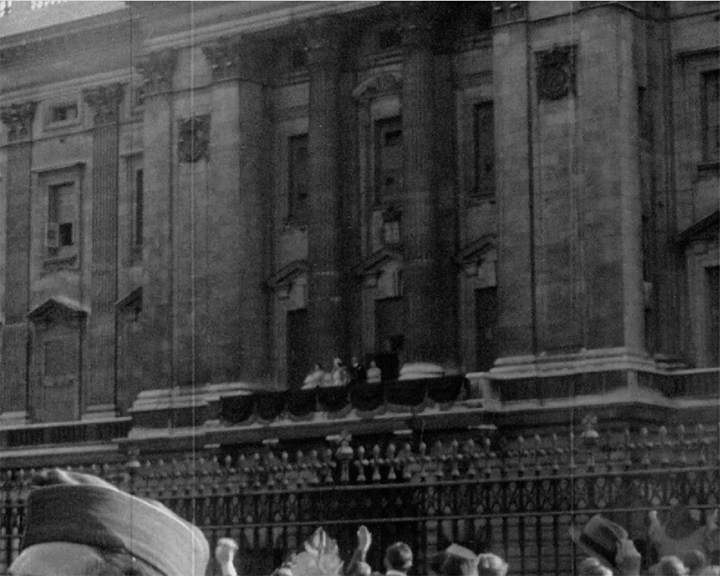 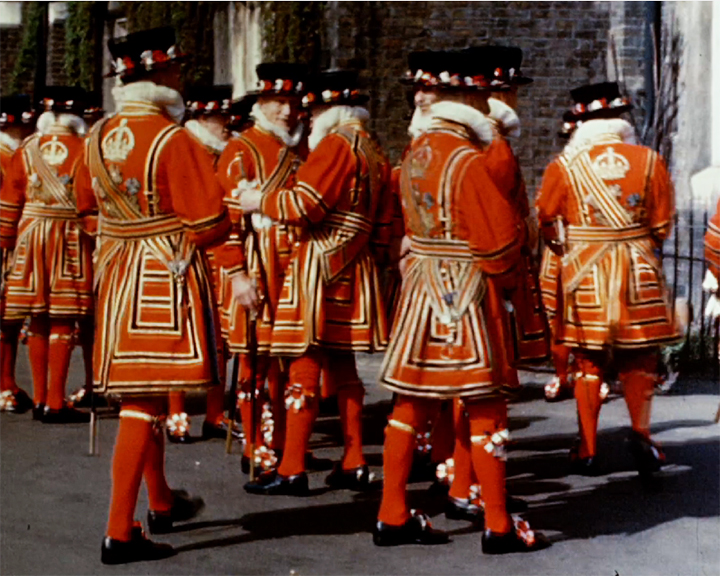 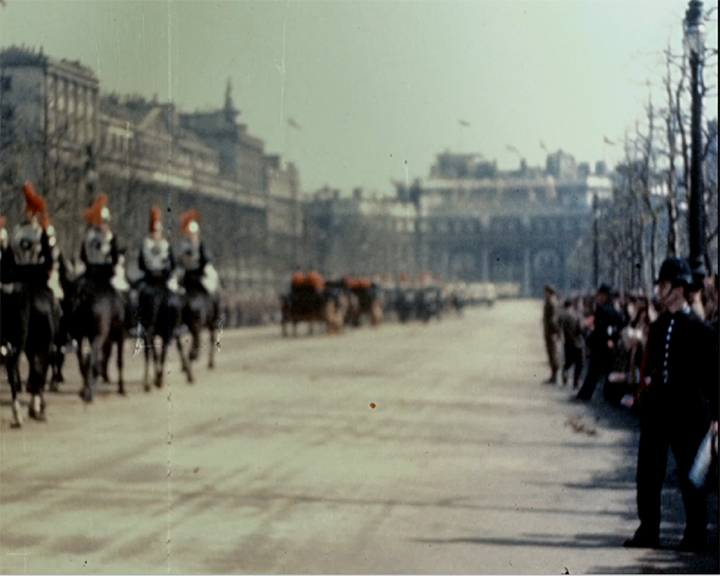 In black and white. Title: Royal Thanksgiving. Crowds and street sellers gather in central London, many in service uniforms. People jostle to find good viewing places as they congregate in front of Buckingham Palace (some perch on the Queen Victoria Memorial) and crowds line the surrounding streets. We see a Red Cross van, a YMCA Tea Car No.142 and a flypast. Crowds wave and struggle to catch a glimpse of Winston Churchill as he is driven through the streets, waving to the onlookers in an open topped car with a mounted escort. A van with waving service personnel crammed on top closely follows with the words XRAF POW STALAG LUFT III written on the front. Scenes of a bonfire follow with people dancing the hokey cokey. Crowds and police wait by Admiralty Arch and we see a sign giving directions to a public shelter and d Nelson's Column in Trafalgar Square is wrapped with signs that read 'Give Thanks By Saving' and 'Victory Over Germany 1945''. Members of the royal family are driven past and are followed by King George VI, Queen Eliizabeth and the Princesses Elizabeth and Margaret in an open carriage with mounted escort. After the service at St Paul's Cathedral many members of the royal family, senior service personnel, dignitaries, the Clergy and Winston and Clementine Churchill walk down the steps of the cathedral and depart.We return to the crowds gathered in front of Buckingham Palace who wait until the King and Queen and the Princesses wave from the balcony. More shots of the Royal family in their carriages follows.

In colour. Title: Royal Silver Wedding. This film opens with Yeoman Warders congregating, people lining the Mall by Admiralty Arch and military bands marching before the royal cavalcade proceeds along the Mall towards Trafalgar Square with mounted escort from the Royal Horse Guards. 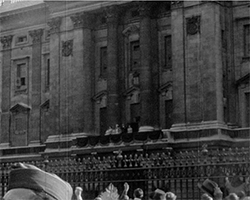 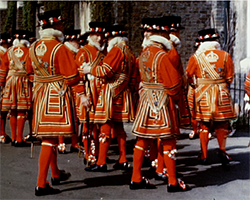 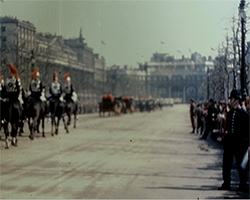