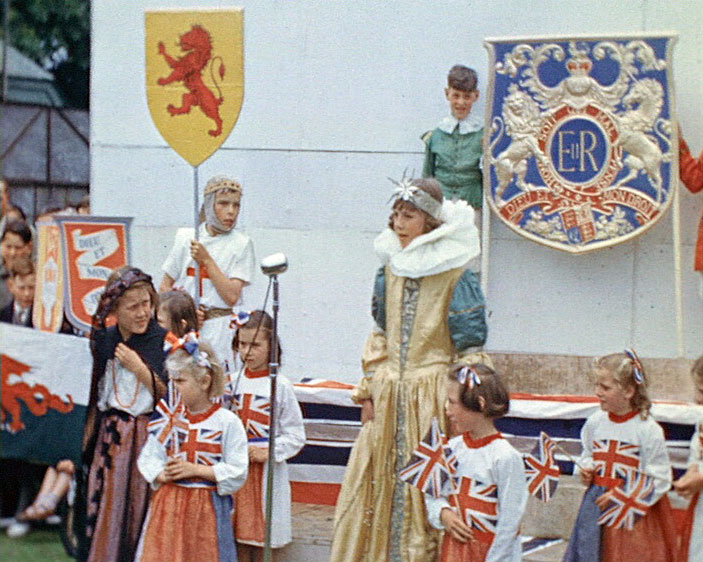 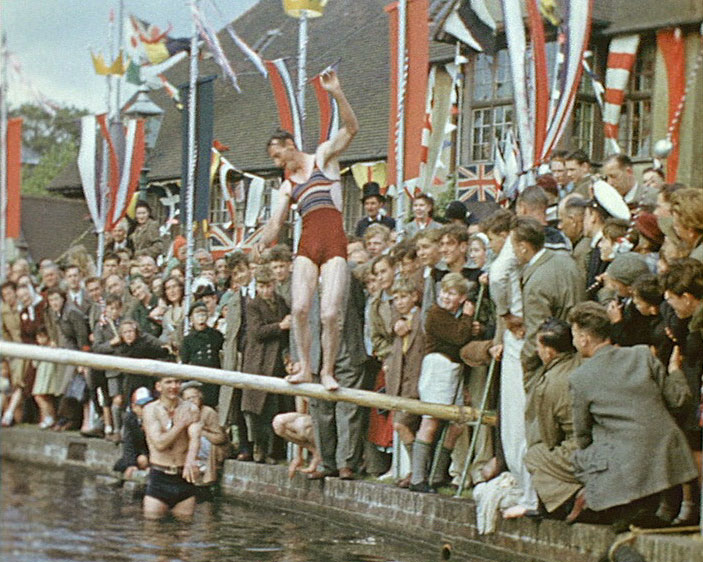 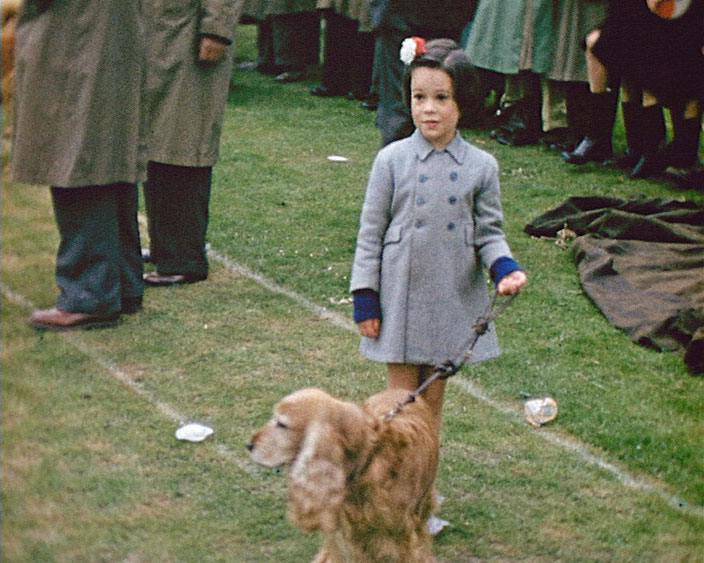 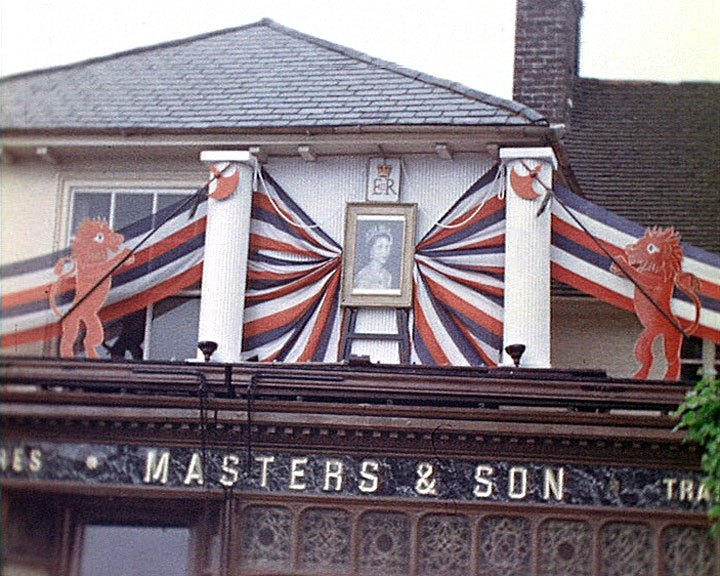 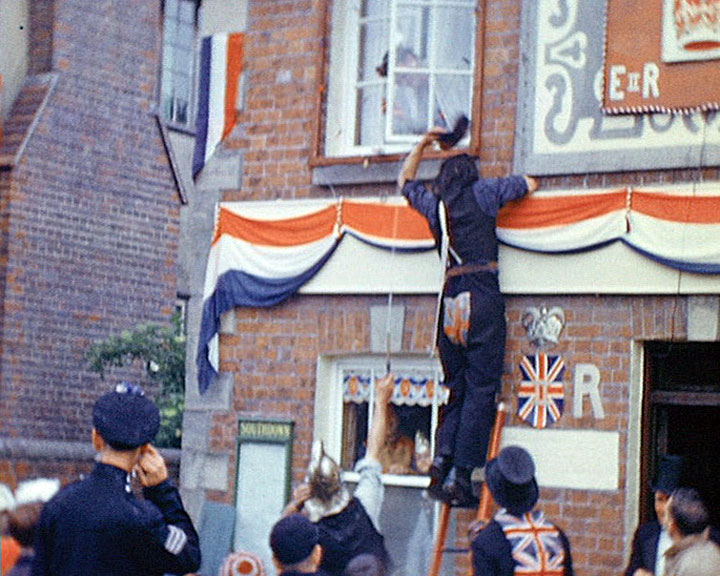 The colour footage contains images of Lindfield's streets and buildings bedecked in bunting. A souvenir programme and a telegram from the Queen are filmed. Spectators cover their ears when the anvil is fired during the day. Children and adults in fancy dress parade through the village, before prizes are awarded to the best-dressed. Children perform a royalty-themed pageant and people gather for a religious service. The camera films the people lining the banks of the village pond, outside the King Edward Hall. The pond plays host to a variety of games, including a boys' swimming race in which a fully-clothed man joins in. Numerous men then attempt to reach a piece of meat which is hanging from the end of a greasy pole. The games on the pond end with pillow fights on the pole - the competitors get covered in talcum powder as the pillows are hit against them. The daytime events end with races on the Common - children participate in races with dogs, balls, skipping ropes, obstacles and on bicycles.

The film ends with black and white footage of a nighttime torchlight procession, a bonfire and fireworks. 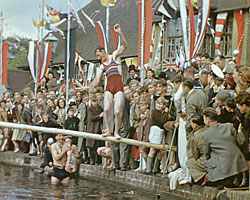 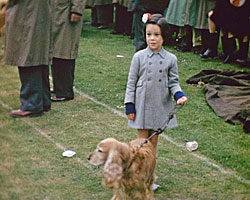 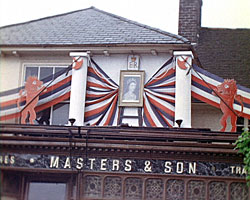 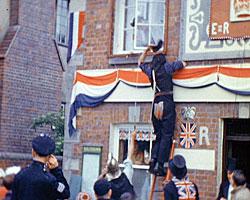