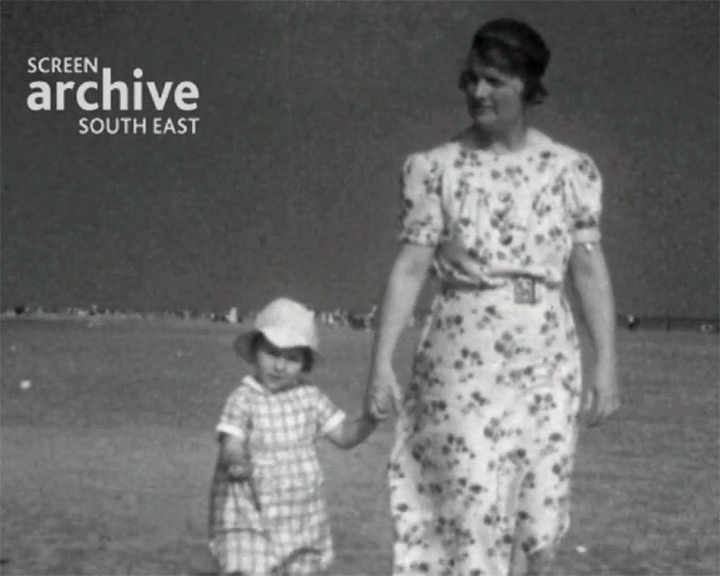 The first scenes show a mother and boy. A woman is then shown with a toddler (girl) on the beach. A child digs a hole in the sand. Family members are seen on the sand dunes and at the beach. then canoeing, swimming and paddling. A man gets out of a car (CEL 670) and walks towards the camera, with a young girl in a hat. Two young boys do the same. At a pebble beach, a group of women sit in deck chairs. A man and woman and young girl paddle together in the sea.Two women and a man walk along a lawn towards a house.

The family are seen looking at the engine of their car (VE 6626). The extended family group are seen on the pebble beach again in deck chairs. A man and children ride horses around a garden. There are shots of the seaside promenade, a man running towards a car with one of the young boys, and various shots of family members in a garden. Filmed from a boat, people are seen fishing from the Littlehampton west pier. Further views from the boat show the seafront at Littlehampton, ending with a brief shot of the sign on the jetty platform: ‘Speed 6 Knots’. 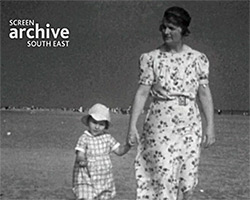