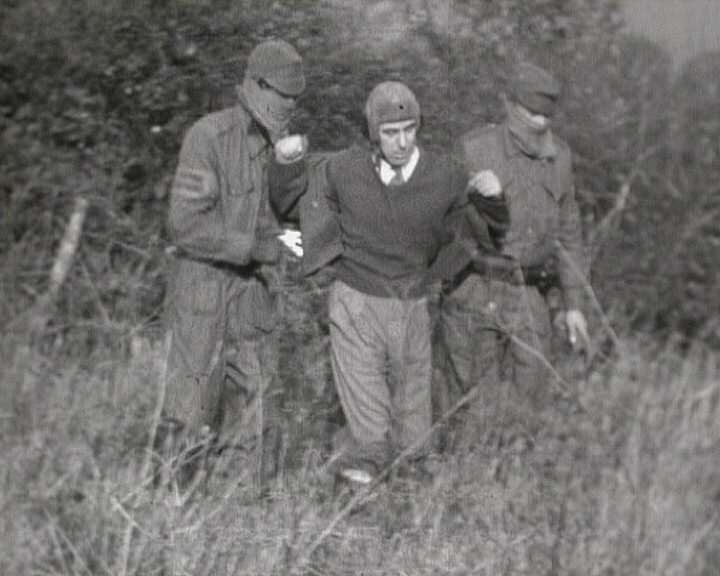 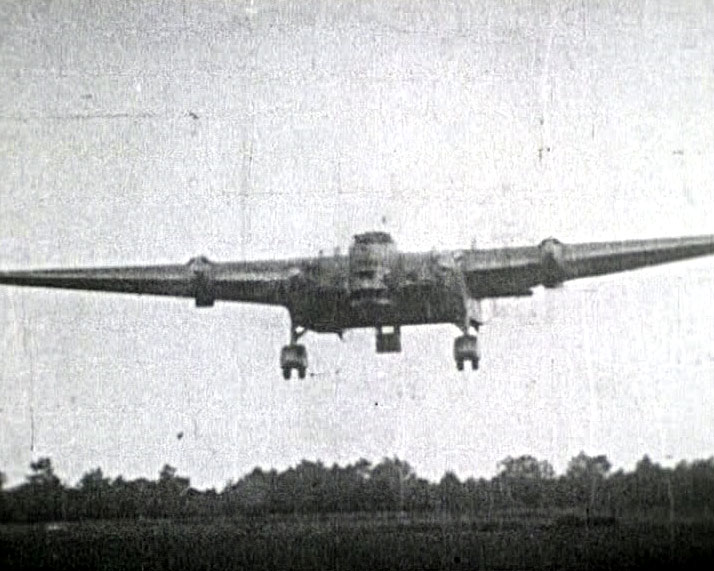 The first demonstration shows how to deal with ‘fifth columnists’. A man approaches two Home Guards, asks for light, then pulls a gun on them. Guards are advised to “avoid being too friendly”. The “wrong way” of “Stopping a Car”: guards step out in front of an approaching car, they attempt to crowd around the car but it speeds off and a hidden passenger fires at them from the back seat, leaving the guards for dead on the ground. The “right way” is explained: two guards lie in ambush at the roadside, the others flag the car down. When the car stops the driver exits the car with hands raised while a guard approaches and examines the car. He finds papers in the front then discovers the hidden passenger in the back of the car who is then marched away at gunpoint. “Road Blocks - the wrong way”: a group of guards make uncoordinated efforts to construct a road block. The correct way is demonstrated: a motorcyclist approaches and his papers are checked, the guards then work together to build the road block. “Dealing with Paratroopers - the right way and the wrong way”: paratroopers jump from planes, the planes land and a close-up of swastika on a plane tail is shown. In a field a German paratrooper removes his jumpsuit and is suddenly set upon by two Home Guards. “Beware of egg bombs & weapons fired by strings in his Sleeves”: the guards frisk and disarm him. “Prisoner’s actions hindered by pulling down coat & pants”: the guards do this then march him off. “Attack from flank & rear, not from the front”: the guards demonstrate that by doing this the paratrooper is able to push them aside and set off a smoke bomb and make his escape. “Bringing in a prisoner - the wrong way and the right way”: two guards march a prisoner towards their officer, the prisoner and officer shake hands over a fence. The officer gives the prisoner a cigarette who then reaches inside coat for his papers and takes out a pencil which explodes into smoke. “Do not use prisoner’s pencil which may be loaded!” The right way shows the prisoner held at gunpoint, and not allowed to use his hands, the guards remove papers from his coat. “Stalking and Killing stationary outpost. Wrong way - shadows in front. Right way - shadows behind”: in a field a guard creeps up on a German soldier and stabs him in the back. “Taking cover - the right way and wrong way”: various shots of men hiding in and behind trees. “‘Arthur’ - uniform camouflaged to melt into dark background”: a shot of man camouflaged against a tree trunk. The film ends with an advertisement for the ‘Home Guard Pocket Book’. 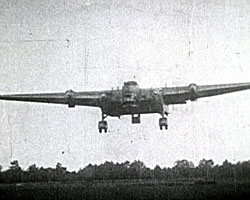 In May 1940 an appeal was made for men aged between 40 and 65 to join the Local Defence Volunteers (LDVs - later known as the Home Guard). By the end of June nearly a million and a half men had been recruited nationwide, creating a force intended to delay an enemy invasion until the Armed Forces could be mobilized. The Home Guard was established at a time when the threat of such an invasion was very real. Initially however the Home Guard was poorly resourced - weaponry mostly consisted of First World War relics, bayonets and imported guns. In addition, the Home Guard came to be nicknamed 'Dad's Army' because the majority of volunteers were too old to serve in the regular army.

Training was organised by individual commanders. This film, then, was one commander’s creative way of training his men. Made under the auspices of Zone Commander Colonel E Pike, with the cooperation of No. 6 Company, 1st Battalion. Further episodes in this series show other duties carried out by the Home Guard such as building road blocks and checking identity cards.

Civilians in Uniform (1946) describes the work carried out by the Civil Defence Services during the Second World War. They are also featured in Leatherhead Newsreel (1940 - 1945).

This book, written by Brigadier General A.F.U Green a volunteer in the Storrington Platoon, is available at Chichester and Worthing libraries.

“The Mass-Observation Archive specialises in material about everyday life in Britain. It contains papers generated by the original Mass-Observation social research organisation (1937 to early 1950s), and newer material collected continuously since 1981.” The Archive holds a large amount of material relating people’s experiences during wartime, including material relevant to the Home Guard and other Civil Defence Services. A search facility is available online.
http://www.massobs.org.uk/index.htm