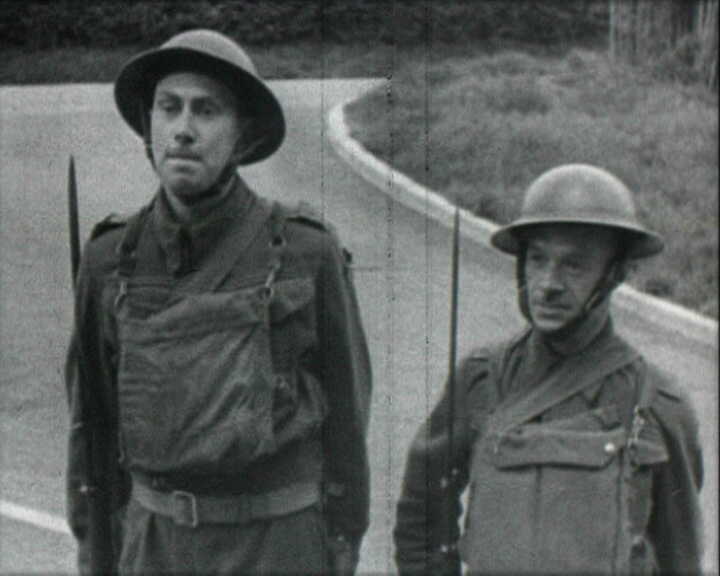 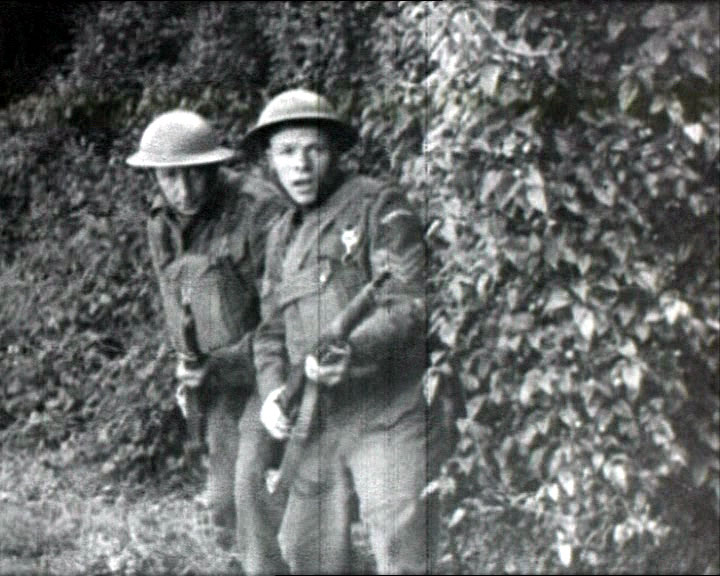 The local Home Guard Battalion Commander chairs an emergency meeting in the fictional town of Onebridge. Representatives from local civil defence groups and public service bodies, including the food executive, the medical officer of health, the town surveyor and the district transport officer, all acknowledge their roles in the event of an enemy invasion. The 10th Battalion of the Wessex Home Guard call for volunteers - a posted letter reads, "those with expert knowledge of building and construction are needed to assist in the making of field works and defences." Members of the Home Guard battalion are filmed in various outdoor training exercises - they practice on the firing range, handle numerous weapons including a Browning machine gun, a Browning automatic and bayonets, and learn about map reading. Platoon commanders plan the network of defence in the countryside around Onebridge. Later, these lines of defence are tested by a visiting General who upsets expectations by walking rather than driving to the roadblocks. The Home Guard respond positively to the General's surprise tactics - an animated map details their response. The General joins Colonel Gundar (?) on a tour of inspection, visiting the camouflaged gun positions, roadblocks and trip wires which populate the countryside surrounding the arterial roads. A mobile reserve receives its orders before the film ends abruptly - the end of the film appears to be missing. 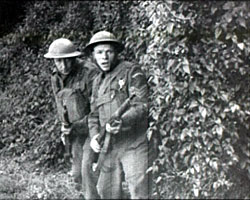 In May 1940 an appeal was made for men aged between 40 and 65 to join the Local Defence Volunteers (LDVs - later known as the Home Guard). By the end of June nearly a million and a half men had been recruited nationwide, creating a force intended to delay an enemy invasion until the Armed Forces could be mobilized. The Home Guard was established at a time when the threat of such an invasion was very real. Initially however the Home Guard was poorly resourced - weaponry mostly consisted of First World War relics, bayonets and imported guns. In addition, the Home Guard came to be nicknamed 'Dad's Army' because the majority of volunteers were too old to serve in the regular army. [Procedures in the Event of an Enemy Attack] (1941?) therefore provides an interesting record of the Home Guard, offering positive images of the weaponry, the troops and the activities of the civil defence body in West Sussex.

This book, written by Brigadier General A.F.U Green, a volunteer in the Storrington Platoon, is available at Chichester and Worthing libraries.

“The Mass-Observation Archive specialises in material about everyday life in Britain. It contains papers generated by the original Mass-Observation social research organisation (1937 to early 1950s), and newer material collected continuously since 1981.” The Archive holds a large amount of material relating people’s experiences during wartime, including material relevant to the Home Guard and other Civil Defence Services. A search facility is available online.
http://www.sussex.ac.uk/library/massobs/introduction.html