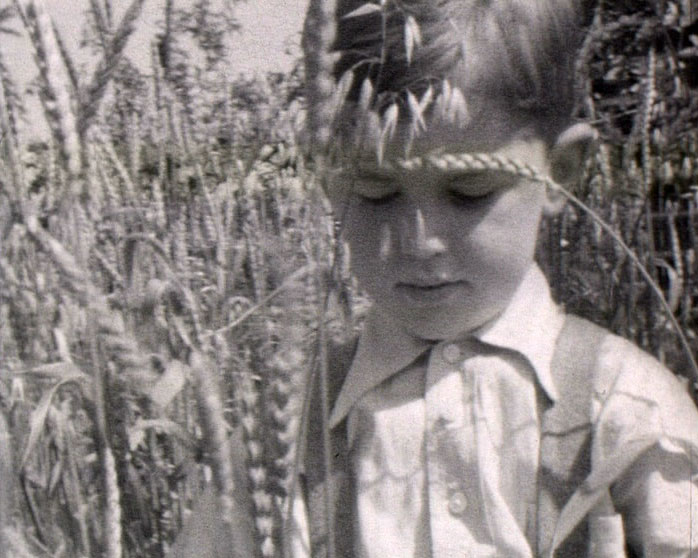 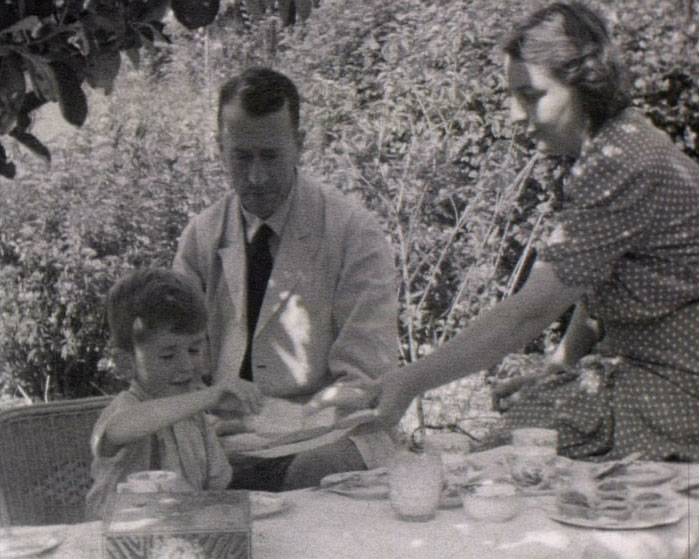 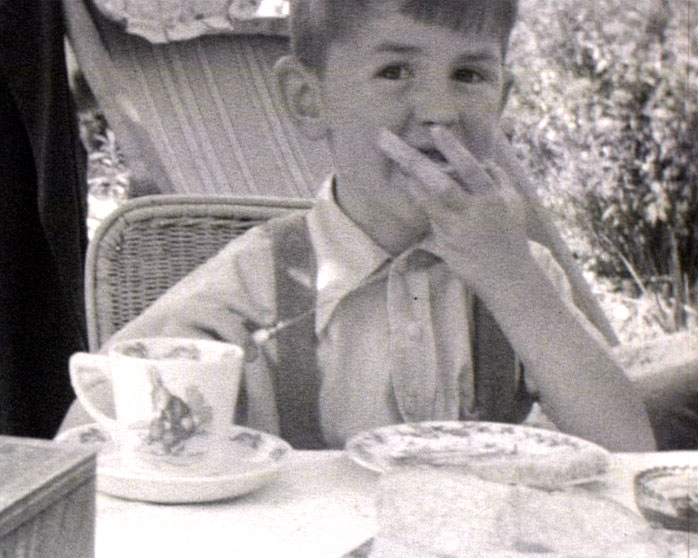 John is seen posing for the camera as he plays with a teddy bear and rides a tricycle with the bear in the front basket. Robert and John play at forming a rugby scrum and with their dog (Wacky). Robert then plays a game with John, carrying him around the garden in a piggyback . John is next seen being filmed looking through wheat stalks in a field. Sylvia, Robert and Nellie Staley come outside to join John in the garden riding his tricycle. The family group sit at a table in the garden and have tea with bread and jam sandwiches. The film ends with another game of rugby scrumming between John and Robert, with Robert tacking him to the ground in a big heap. 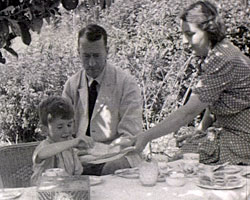 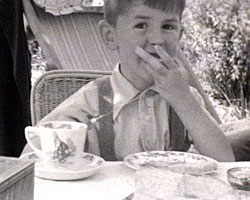