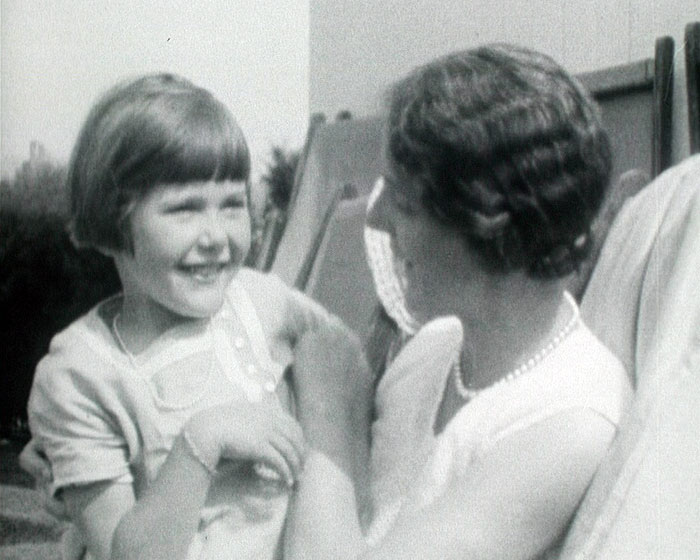 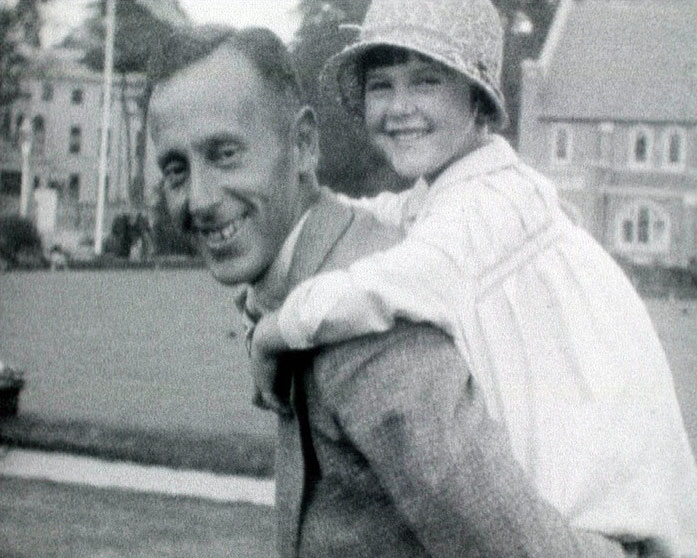 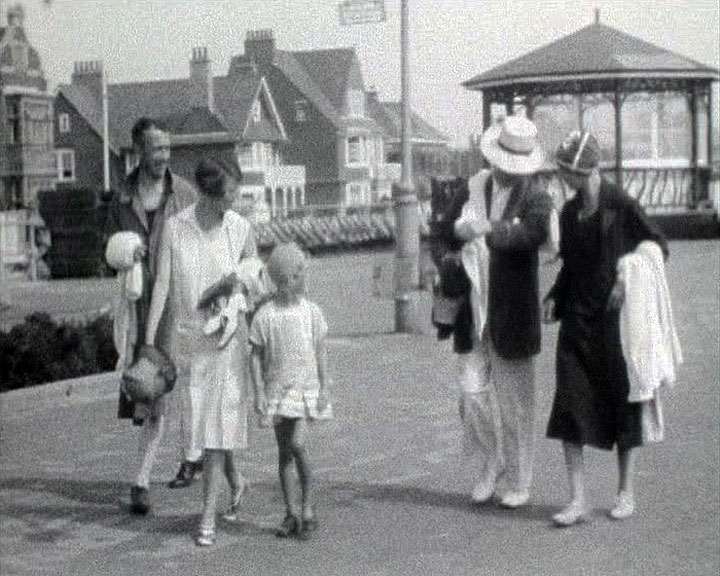 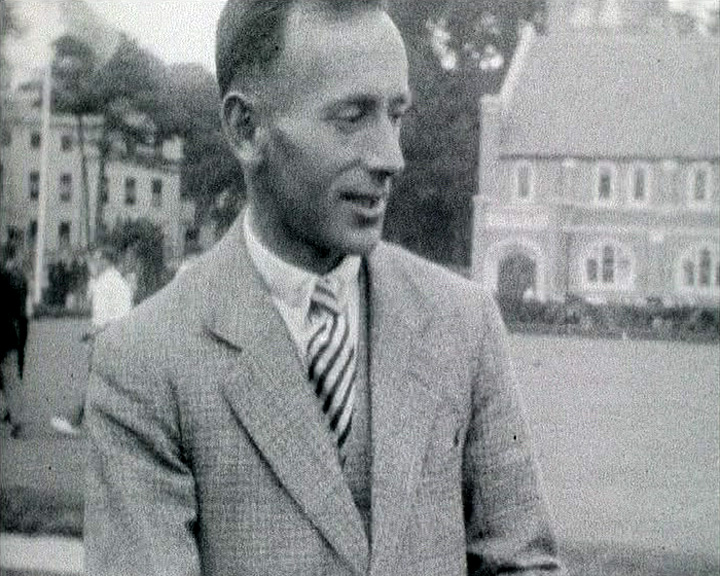 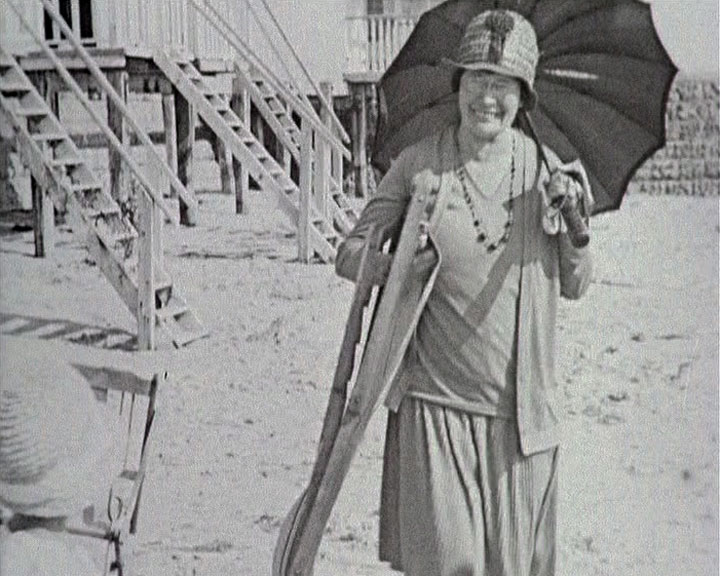 The film opens with the title 'Summer 1929', 'A film taken in Bognor when Pam was 5 years old'. Pam is pictured at public gardens by the Pavilion bowling green playing with a ball, and filmed in slow motion running and jumping over her father's cine camera case. The title 'Lovely Mummy, Bootiful Mummy' is followed by Pam hugging her mother and playing with her in the garden and at the Pavilion bowling green. After being pictured using a sewing machine, there are close-up shots of Pam eating ice cream. Back at the Pavilion bowling green, Pam and Ralph play games together. Various shots show Pam with a caged bird, at the dinner table. Pam stands with Mrs Staley ((Mary Ann Hill) Left) (Elsie Warner, holding Pam's hand) and another lady (?) outside the house. A shot of a busy street is filmed from an upstairs room, showing cars and a trolley bus going by, and Pam and her mother walking down the road towards the camera. The large shop on the corner of the street behind them with pale coloured awning, is the Staley's shop. Pam is next seen playing in the garden with a baby doll, skipping with a rope, and jumping over a rope like a high-jump. At the beach, Pam plays in the sea, waving at the camera and paddling with her mother and another boy. In the next shot, Pam is paddling with her mother and Elsie. Pam plays on the sand with her father and walks on the promenade between Elsie and her mother. The family group are dressed in one piece swimming costumes, playing on the beach and in the water (Nellie in the flowered bathing hat, Elsie in the stripy bathing hat and costume, and Dr Robert Staley (younger man), and another older man) Pam is the only child in shot). The group then put their day clothes on and walk back along the esplanade. Back in the family garden an older man rides a child's tricycle and the group sit at a table with drinks (Older man, Robert, Nellie, Elsie (?), Pam), some reading a newspaper. Returning to the beach, Mrs Staley and Nellie with Pam sit on chairs on the beach, Mrs Staley walks Pam around the beach. Ralph, Pam and Mrs Staley walk along the Promenade, followed by a shot of Nellie, Pam and Mrs Staley on the Promenade. Family scenes conclude with Pam and the family's black cat in the garden. Final images show a pan of sea front businesses at Bognor Regis including marketing signs for 'Kodak', 'The Retreat' tea shop, and 'Bognor Motors Ltd'. 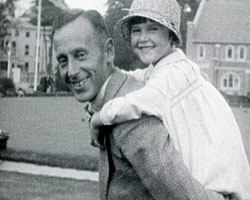 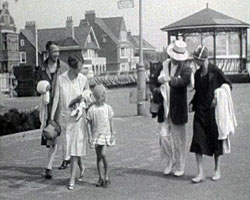 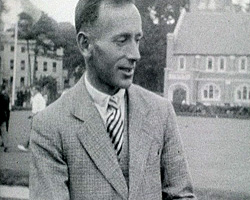 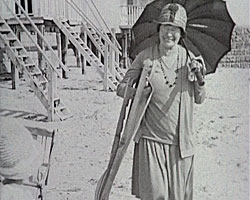 This film is one of several made over a few years in the late 1920s to mid 1930s by Bognor Regis resident and business owner, Ralph Staley. The majority of Mr Staley's films are firmly focused on his own family at leisure. Many, like this one, record the activities of his young daughter Pam and the extended family group, often enjoying their garden and the seaside on their doorstep in Bognor Regis. In this film, both of Pam's parents, and other members of the family are seen playing with her in a relaxed manner, with Pam receiving the focus of attention much of the time. In this film there are also excellent examples of 1920s' beachwear and other fashions worn by the family. Being in the costume and drapery business, it is possible that this would have been reflected in the type and quality of the clothes the family wore.

Many of Mr Staley's 16mm films are skillfully shot, and demonstrate an interest in exploring techniques such as reverse action or slow motion. The film Bathing Beauties (1929) taken in the same year shows the family again on the beach indulging in similar activities to those seen in this film. Other films in this collection also show Mr and Mrs Staley taking holidays such as in [A Winter Cruise; SS Avoceta 3500 tons] (October 1929).

Other films in the archive which illustrate the family at the seaside include for example [Ross Family Pictures III] (1930s) and the Emberton family in [At the Seaside] 1537 (ca.1935)

Fashion Notes: This film contains examples of everyday wear. It is rich in its footage of children’s wear and also shows men, women and children in bathing suits. The film shows a fashionably dressed elderly lady at the beach.

The Surrey History Service collects and preserves archives and printed material relating to all aspects of the history of Surrey. The Centre also has a selection of films from the South East Film and Video Archive including the Staley Family film Frensham August 1933. The SHC collections catalogue is searchable online.
http://new.surreycc.gov.uk/heritage-culture-and-recreation/archives-and-history/surrey-history-centre

Copies of this local newspaper are available at West Sussex Record Office, Chichester and Screen Archive South East. The 20th December 1958 edition contains an article 'Why I'm Closing Down' on the closure of Ralph Staley’s shop in Bognor

This site holds selected articles and information on the history of Bognor Regis including an article on the Staley family shop.
http://www.bognor-local-history.co.uk/

This is the official database of heritage photographs, prints, drawings and paintings provided by local museums and the County Library Service in West Sussex. It contains a postcard showing "Soldiers marching along the High Street near the York Road junction playing musical instruments, recruiting men at the beginning of World War One... The parade passes by the Congregational Church and the London Buildings with large awnings over Staley's clothes shop". The database also contains many images of Bognor Regis esplanade, beach and pier in the 1920s and 1930s.
http://www.westsussexpast.org.uk/pictures/