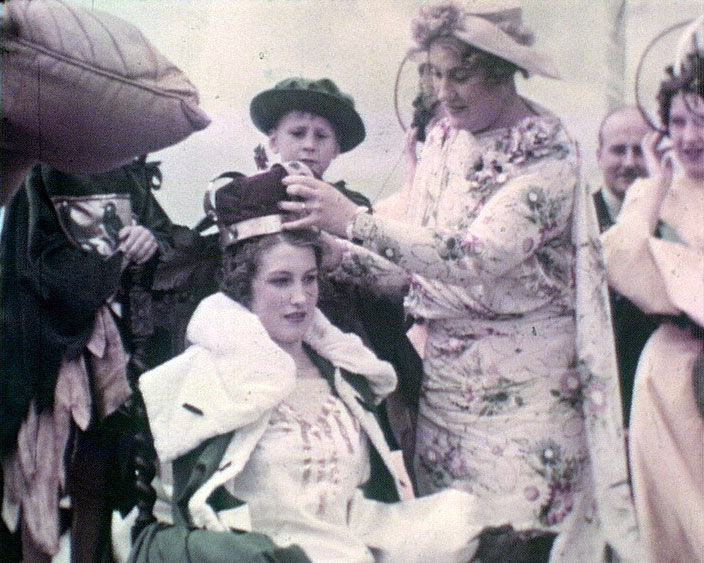 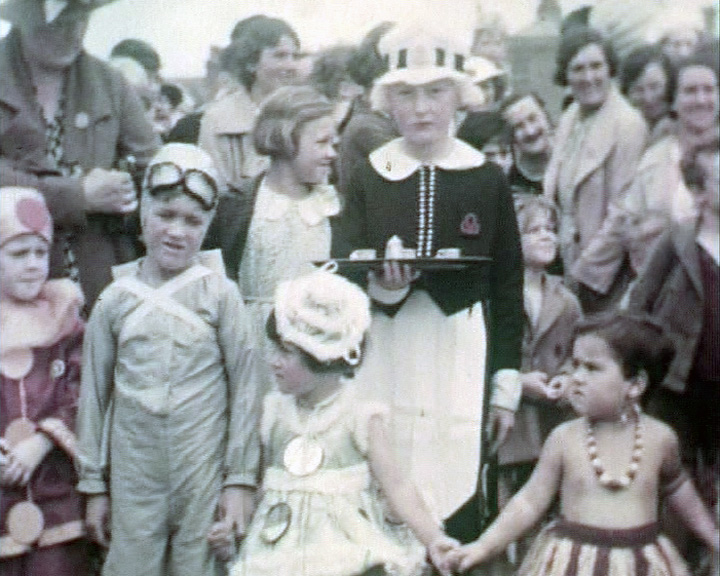 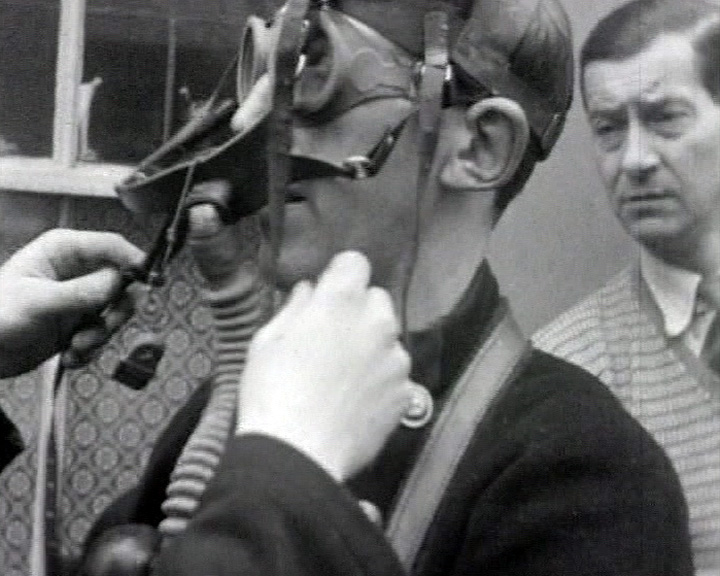 The film shows a number of "town improvements" in Bognor Regis including the official opening of the new "Princess Elizabeth Boating Pool", the building of a 'Band Enclosure' (in June 1937) on the Western Promenade, the opening of a "Water Softening Plant" and a new police station building. The fire brigade attend a house fire while crowds stand by to watch. One of the fireman dons breathing equipment. On the sea front, the local newspaper "Daily Sketch" sponsors health and fitness classes and the District Council (BRUDC) organises races on the beach.

At "Bognor Wednesday Football Club" they stage a "Film Star Night" where children and adults dress as film characters and at the Odeon Cinema, a beauty contest is held. The Bognor Regis Film Society also capture exclusive footage of the actress "Yvonne Arnaud" relaxing in a garden.

Returning to 1936, the film shows the town's "Carnival Week" in July. There is a contest to select the Carnival Queen and the winner is "Miss Babara Morrison a member of the Bognor Regis Film Society". In colour film, the Carnival Queen is seen sitting in a car decorated with flowers and stepping out of a plane piloted by Sir Alan Cobham. Lady Cobham then crowns the Carnival Queen and various speeches are made. [footage of this same event is also in the Bognor Regis Film Society's 'Local News Film' ID No. 3165]. This is followed by a "Tiny Tots Parade" with children in fancy dress costumes. The Carnival procession then takes place with floats decorated in various themes including chariots pulled by motorbikes and a 'futuristic' float predicting 30 minute flights to New York.

In 1937 the town celebrates King George VI's coronation with a parade and decorated tableaux in the streets. Filmed in black and white, groups and floats represented include the British Red Cross, fire brigade, the British Legion, a pantomime cow and a float commenting on the construction of the bathing pool showing a large pool - "as the council wanted it" and a bathtub "as the rate payers would have it". 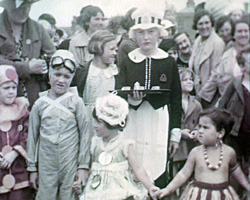 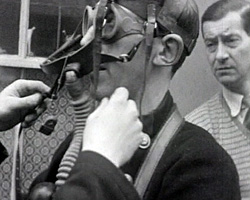 Fashion Notes: The film shows firemen at work in uniform battling a blaze. There are examples of men, women’s and children’s sportswear, while women’s swimwear is seen in the context of a bathing contest. The film also shows a carnival queen and fancy dress costumes.