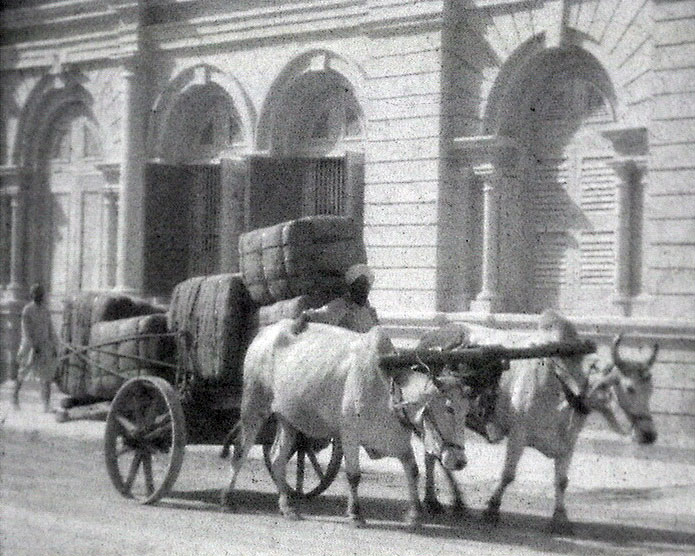 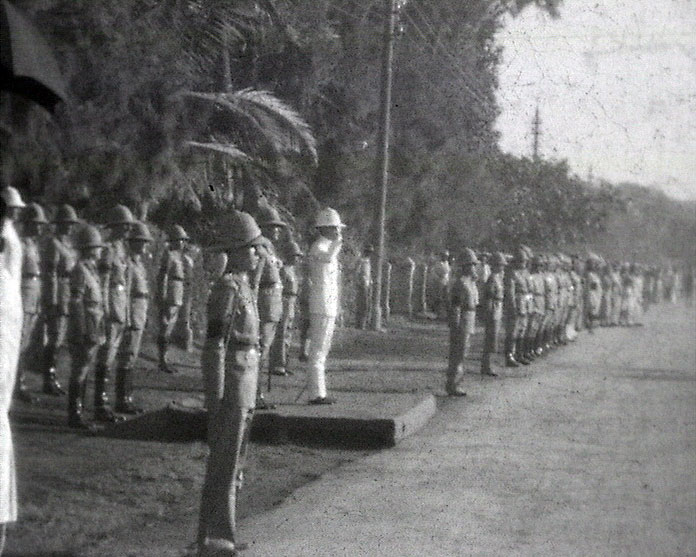 The film starts with images of the troops of the Royal Sussex Regiment boarding the troopship 'Dorsetshire' at Southampton in December 1932. The ship leaves port and some of the men are seen playing deck games. The ship 'H.T. Neuralia' is filmed passing the Dorsetshire in the Mediterranean. The film-maker films over the deck as peddlers sell their wares from rowboats and as cargo is craned aboard. The ship traverses the Suez Canal - bankside settlements and various vessels are filmed, including the French mailship 'Bitter Lake'.

Having settled in Karachi the film-maker films his wife in the garden of their home, feeding Chinkara, and playing with their pet dogs. He also records day trips to sandy beaches where the adults body-board in the sea. Numerous yacht races take place, including the Commodore's Cup race. Some of the men play with model yachts on a boating lake. Local sailing vessels populate the lakes and rivers, whilst camels carry agricultural and trading loads on the land. Local men (Tindels) perform acrobatics on a vertical pole.

The Royal Sussex Regiment is filmed marching to the training camp in Karachi, passing The British Imperial Hotel. They are also involved in the annual Proclamation Parade, marching with the Regiment's Colours on the Brigade Parade Ground in shorts and pith helmets. Some of the men are awarded prizes following the annual four mile cross-country Cameron Run. On a different day they are filmed participating in various horse-and-cart races - the victors are awarded cups. The film-maker records the moment when the Colours are carried onto a ship whilst the Regiment stand to attention dockside.

The film ends with a sequence showing some of the film-maker's journey by plane to the United Kingdom and back again to Karachi. His plane is waved off at the airport by a group of White-Europeans standing outside the Customs building. He films the land below which includes agricultural lands, settlements, oceans, ports and the Suez Canal. The journey includes a stop in Egypt where the film-maker films the pyramids and Sphinx. 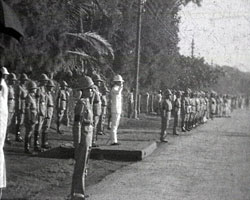