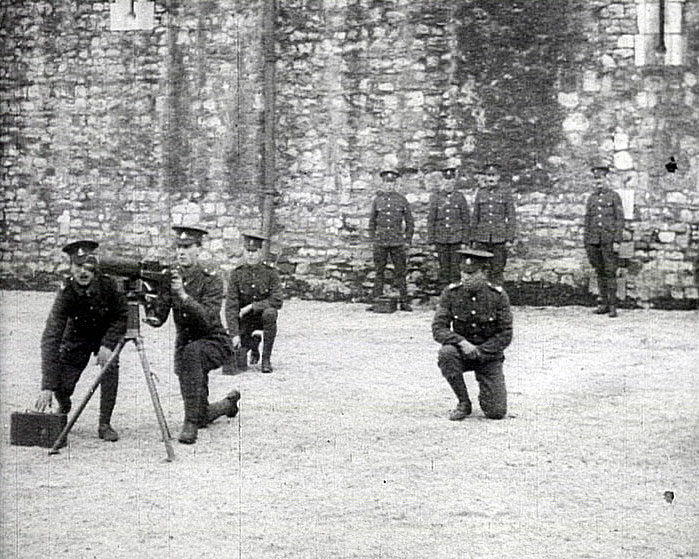 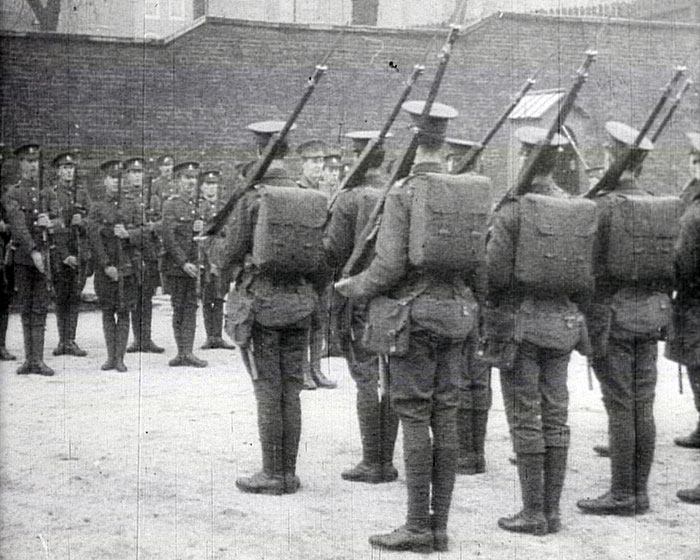 The film opens with images of ten troops performing a semaphore routine of Battalion signals. The battalion comes together and undertake numerous drills. These include attaching and detaching bayonets to their rifles. The Vickers machine gun crews mount their weapons on tripods - other soldiers take up a series of combat bayonet positions. Some of their drills are less than accurate. 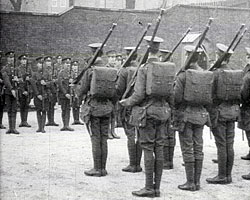