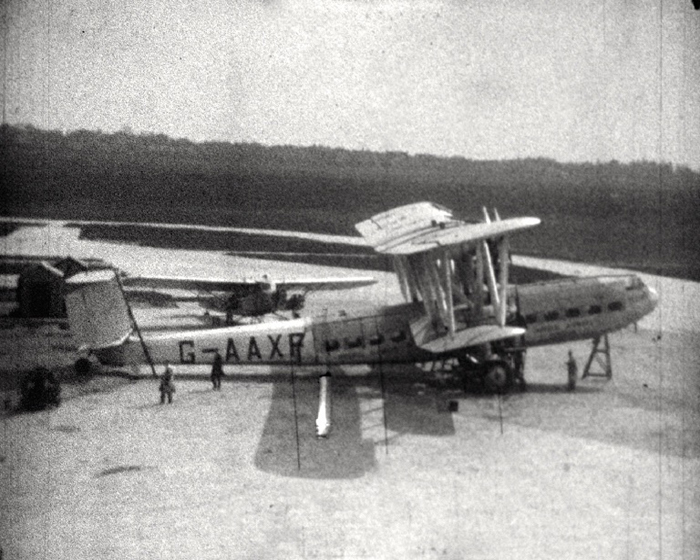 Ruth and Moses Nightingale are joined by members of their family in 1932 on the viewing platform at Croydon Aerodrome. The Aerodrome, which boasted the world's first purpose-designed terminal building, plays host to the passenger, cargo and mail aircraft of Imperial Airways - the Nightingales see various biplanes including 'Helena' and 'City of Liverpool' standing in the hangers, taxiing and taking off.

The key participants in the wedding of Margaret Payne to Captain Jim Walker arrive at All Saints' Church in Sanderstead on 27 March 1943. The groom wears his Royal Norfolk Regiment army uniform whilst, in spite of the constraints of the Second World War, the bride and her bridesmaids are resplendent in traditional white gowns. The entourage leave the church after the service - they are next seen congregating in the garden of Margaret's families home 'Moruth' for the reception. A kiss between the bride and groom is followed by images of them and their extended family posing for group photographs.