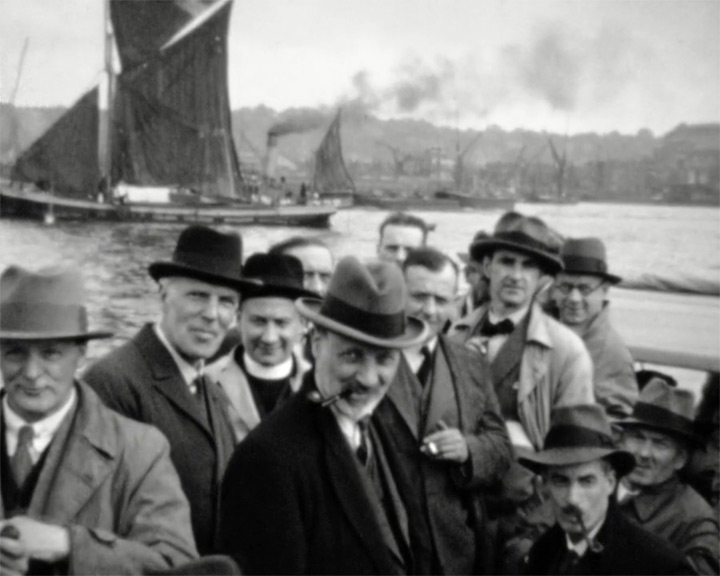 This film shows a group of men on an outing on the River Thames passing London's docks and wharves. The large party of men are seen waiting on the dock side, then further men are seen disembarking from a large ship, walking one by one down the gangway. The men are dressed in long overcoats; many smoking pipes and wearing fedora hats (some wear other hats including Homburg hats and flat caps). Most of the men smile or wave, whilst one man hides his face from the camera. The men are then seen grouped aboard a smaller boat. The camera pans across the group of men; a clergyman, wearing his white collar can be seen in their group. As they make their way down the river, the group pass Thames barges, with their distinctive sails, as well as a large paddle steamer laden with passengers. The film ends with the group's arrival at Westminster Pier (a sign reads 'P.L.A. Westminster Pier') where they disembark.