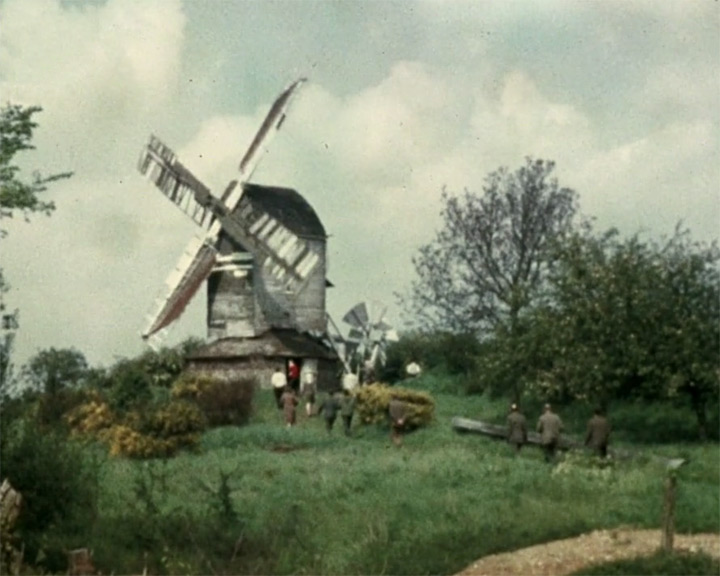 The film starts at Drinkstone Mill where the sails of the 17th century windmill are shown turning and a group of visitors make their way to the windmill. The film then moves to Pakenham, also in Suffolk, where the sails of a different type of windmill, built in the 19th century, also turn. Dark shots of the mill filmed from high up on the structure's platform show the sails turning. The film ends with brief scenes of a man marking out a millstone for dressing. [Note: this film is possibly the first part of the film TID:2327 which ends as that film begins, with millstone dressing.] 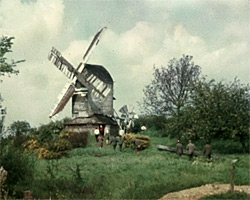