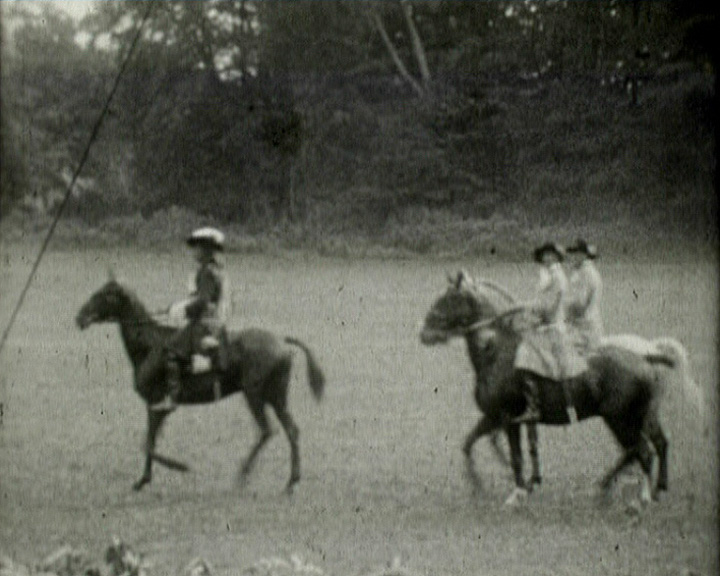 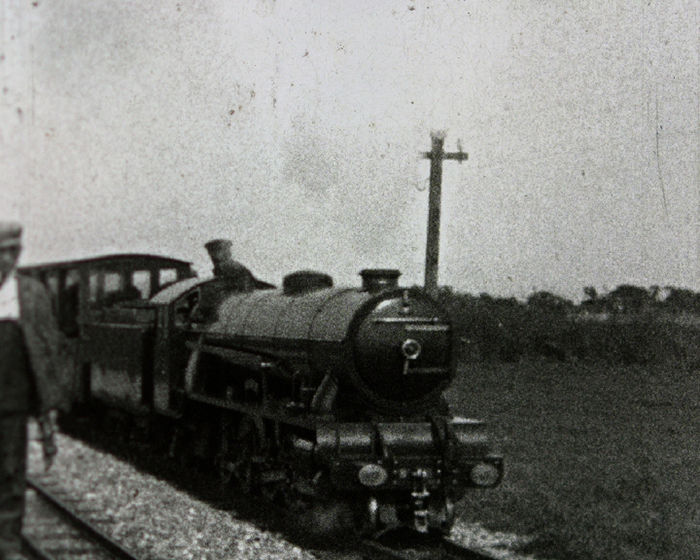 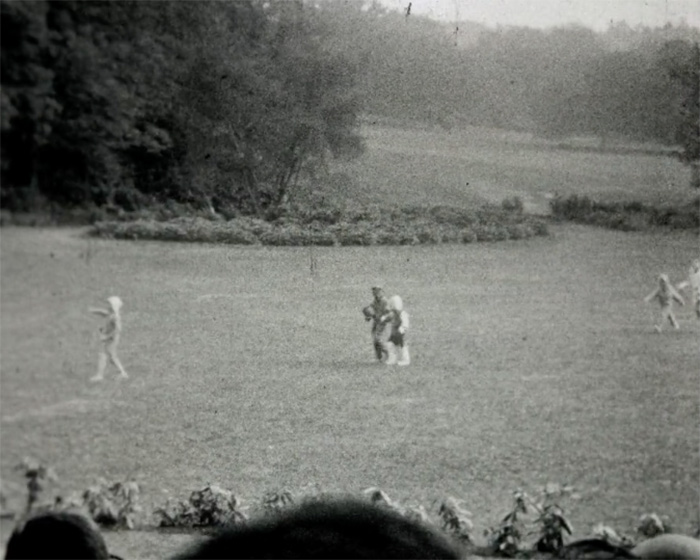 The first of the films is a family outing to the beach at Dymchurch. There are shots of the children playing, an elderly man and a group of three women walking along the beach. The children go on a donkey ride. More shots show the family playing on the beach. Betty and Albert Jones, wearing swimming costumes, hats and towelling robes, make their way down to the sea. Further scenes on the beach show the younger children playing in the sea while the older family members sit, fully clothed, on deckchairs. An intertitle introduces: “The Hythe and New Romney Light Railway” and there is a shot of the train passing by. In a sequence entitled “Lancing 1927”, a man runs from behind camera and walks back towards it with a young girl and a woman. There are further scenes of two dogs play-fighting on the beach, a shot of a man and girl in a car and a brief shot of two little girls on the beach.

A general view of the Market Cross in Chichester is followed by scenes at a livestock market. Farmers inspect sheep and cattle in pens and an auction takes place for a bull. There are various shots of merchants and farmers standing around, chatting and smoking. Views of Wicksteed Park, Kettering: cars in the car park, children on donkey rides. In the playground a man swings from ring to ring, children (and adults) play on different sorts of roundabouts, swings, ropes tied to a pole, and on a slide. The final film in the compilation shows the “Pageant of Ashdown Forest 1929”. People dressed in medieval costumes act out historical scenes. A procession of horses goes past, and people perform dances. A small boy (Christopher Robin Milne) leads a group of children dressed as Winnie the Pooh, Piglet, Eeyore, Tigger and Kanga across the grass. The pageant over, the TID 2260camera pans across the ‘cast members’, showing the hundreds of people involved in the event. The film concludes with a brief shot of two men standing next to a car then walking towards the camera, followed by a shot of a waterfall or weir, this is in turn followed by a shot of a much larger, manmade, waterfall passing under a bridge with many arches. 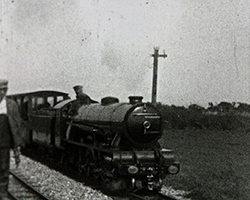 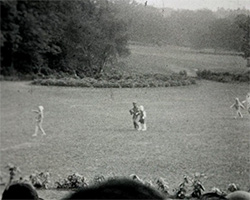 Amateur film-maker Percy Nightingale made films of his family throughout the 1920s and 1930s. The films depict family celebrations, holidays, the family at home and on outings. The films could be considered fairly typical, ordinary home movies. This particular compilation, however, has a somewhat extraordinary final scene. Probably without knowing it, Mr Nightingale recorded a small piece of literary history: the first public appearance of AA Milne’s Winnie the Pooh characters. Led by Milne’s son Christopher Robin, children dressed as Winnie the Pooh, Piglet, Eeyore, Tigger and Kanga parade in the Ashdown Forest pageant. It may only be a brief scene but it is undeniably one of great interest to Milne and Pooh fans worldwide.

A large proportion of Screen Archive South East’s collection depicts family life with similar scenes to those seen in this film. The Staley family’s Bathing Beauties (1929) shows the family playing on the beach, and the Emberton Family’s [Jocelyn and Gillian at Home] (1936 - 1938) has scenes of children playing on swings and slides, as well as scenes of the family on the beach. The Romney, Hythe and Dymchurch Railway can also be seen in Engines in Steam (1961?) and Romney Hythe & Dymchurch Railway (ca. 1953; ca. 1963; ca. 19977). Sevenoaks Cattle Market (1995 - 1999) focuses on a livestock market.

The East Sussex Record Office holds photocopies of newspaper articles, programmes and photographs of the Ashdown Forest Pageant. Also at the Record Office is correspondence, books and papers of Iva Hill concerning her friendship with Christopher Milne. The collections are now held at The Keep, Falmer and can be searched online
http://www.thekeep.info/

The West Sussex Record Office (WSRO) houses a collection of photograph albums, loose photographs and documents from the Nightingale family. In addition, the collection includes a CD-Rom which has been created by a relative, detailing the extensive family tree - it includes archive photographs and moving images of the Nightingale family. A copy of the CD-Rom is also available via the Screen Archive South East office, although advance notice would be needed prior to viewing it.
https://www.westsussex.gov.uk/leisure-recreation-and-community/history-and-heritage/west-sussex-record-office/

The Romney, Hythe and Dymchurch Railway

A website for the Romney, Hythe and Dymchurch Railway as featured in this film.
http://www.rhdr.org.uk/