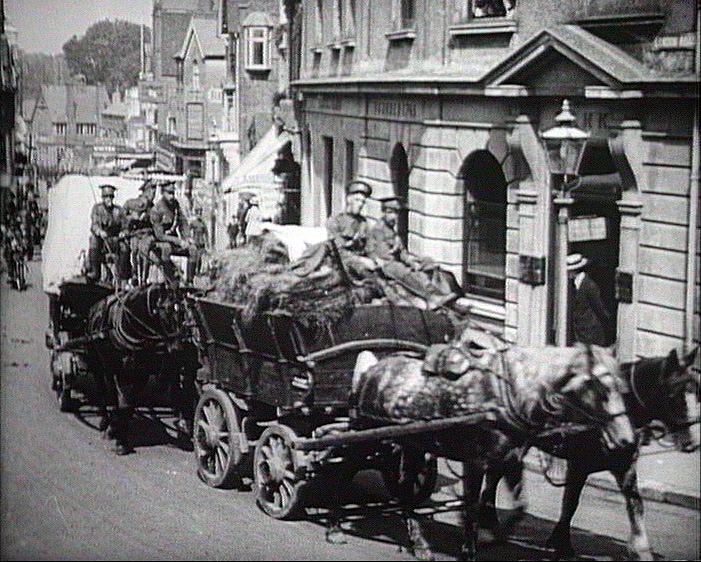 The first part is a short news item from the early 1910s showing a parade, general street scenes in East Grinstead, a parade and the East Grinstead Urban District Council Fire Brigade Sports. The second part, from 1922, shows the train station and the arrival of the North Somerset Yeomanry in the town with a parade of local regiments.

The film opens with shots of a parade of firefighters in the town centre, followed by general street scenes along London Road and High Street, past Lloyds Bank; horse-drawn carts and motor vehicles share the road as the camera captures a glimpse of Whitehall Pictures Cinema.

In a field a fireman is judged whilst he attends to a horse-drawn manual fire appliance pump, crowds are gathered to watch. Fireman lay out hoses and attach a valve to a fire hydrant; the firemen use the hoses; water sprays into the air. Outside a large tend and in front of an audience, fireman receive awards.

Two men stand at a railway station; passengers disembark from carriages. Later soldiers arrive in convoy at East Grinstead, arriving by horse and carts. The second part of the clip shows scenes of soldiers/regiments attending a post-WWI Remembrance Day parade or the unveiling of the war memorial cross in East Grinstead on the High Street. Motor cars are seen driving past the group on parade.