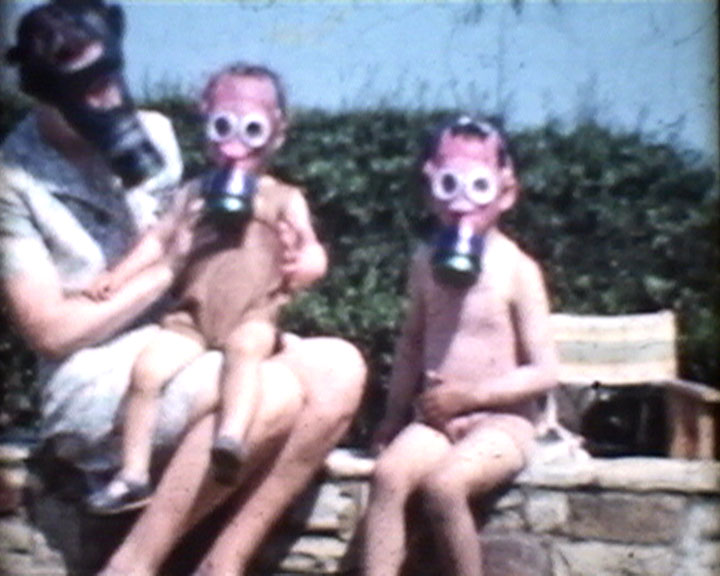 The film begins in colour with scenes at a relative's house in Wisborough Green in Sussex. New baby John is filmed with his mother and in a pram. Further scenes in the family garden show the children, Rosemary and John, playing. At Wisborough Green in West Sussex, after a wedding, with the groom in military uniform and the bride in blue, guests gather in a marquee and the couple are showered with confetti as they leave. The family visit Mrs Gowlland's brother's farm near Eastbourne in Sussex. With John now a toddler, a family picnic takes place, where the children watch the harvest and a woman drives a tractor. In the family garden the children play together and with their parents. Rosemary points at trails in the sky left by a dog fight. John pushes his own pram. A trip to a formal garden and a return visit to Wisborough Green, follow. The children sit in the garden trying out their gas masks.

Now in black and white, the family are filmed back at home in 1942. The children, now a little older again, play in the garden; Rosemary dancing and John on a tricycle. They both draw on a chalk board. New baby, George Mark is filmed in his pram, and John celebrates his third birthday. The following scenes show Christmas 1943. Rosemary gets a new bicycle and John a toy truck. All three children play inside with their new toys. [Note: Several scenes throughout this film are a little out of focus]