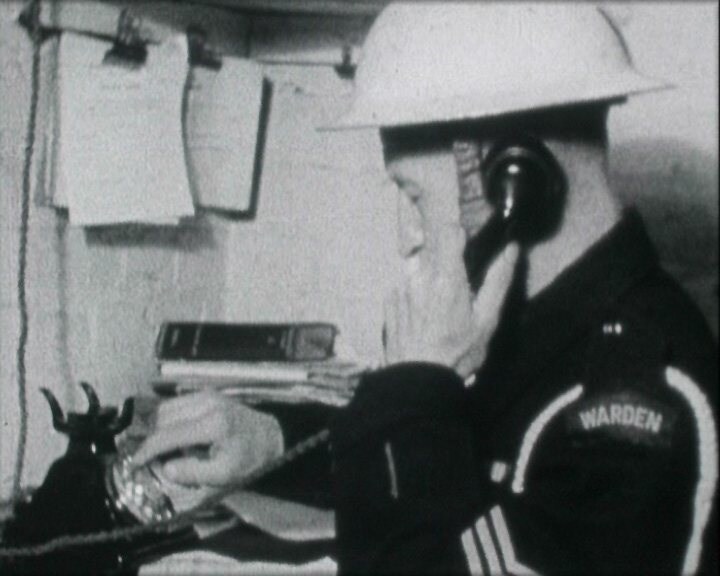 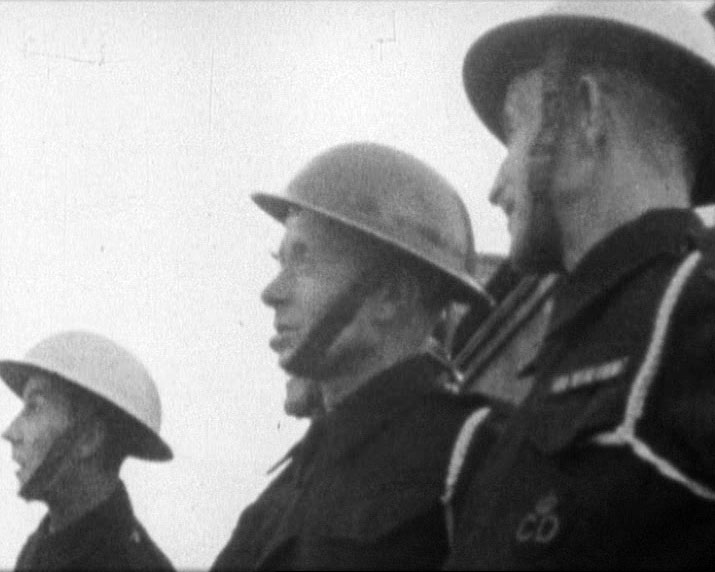 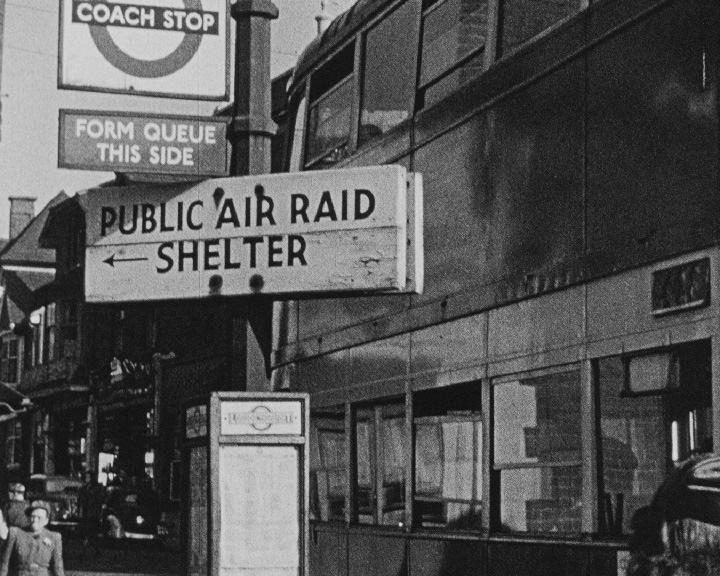 The opening credits dedicate the film to the people of Leatherhead and District, and the Civil Defence Services of the Urban District of Leatherhead. Picturesque scenes and shots of everyday life around the village establish a tone of normality and familiarity; women buy groceries in a shop, people queue for the cinema. In the street though, signs point the way to air raid shelters and there are shots of bomb-damaged houses. Inside the council offices a meeting takes place to discuss the winding up of the District Civil Defence Organisation. A detailed explanation and reconstruction of the duties performed by all Civil Defence Services (CDS) during the war follows. Volunteers sign up as Air Raid Precautions (ARP) wardens, volunteers assemble gas masks, CDS volunteers receive training in a classroom. A doctor administers first aid to a casualty. Female first aiders leave in an ARP mobile unit to take part in a training exercise. Training films are screened in a local cinema. A warden visits homes to carry out checks on respirators. A map of the area shows where the first bombs fell in August 1940. A group of schoolgirls and a nun survey the bomb damage at the emergency hospital and convent. Further bomb damage in the park where a rocket left a large crater; damage to house nearby is shown, followed by the reopening of the road. Members of the CDS parade and line up for inspection; each division is featured. Back in the control room volunteers play darts, women knit and play cards while awaiting a call. When warning is received of approaching enemy aircraft the public siren is sounded. Rescuers don their helmets and leave the base. ARP wardens locate the incident and a rescue is organised; ambulances and rescue parties set off, the movements of vehicles are recorded on the control room incident map. Casualties are rescued from the bomb site and taken away on stretchers. In the control room a repair squad is being organised when news of a further casualty trapped in the basement of the bomb site is received. The casualty is located under the debris and rescued. The film ends with the CDS coat of arms with the motto ‘Service Links All’. 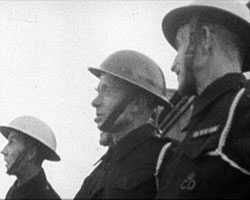 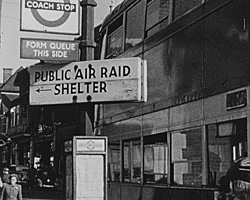 This film was made post-war and clearly demonstrates the appreciation shown for the civilians who volunteered to serve in the Civil Defence Services (CDS). Mr H.G. Prickett, the manager of the Crescent Cinema in Leatherhead, presented the Air Raid Precautions (ARP) Committee with a proposal for the film in January 1945, estimating that the sound film would cost £150 to make. In March 1945 the sub-controller reported to the Committee that good progress was being made in the production of the film - the February 1945 bombing at Park Lane, Ashtead had been reconstructed and shot for inclusion in the film.

Civilians in Uniform (ca. 1946) serves as an excellent record of the variety of roles within the CDS; documenting each group’s uniforms and duties. Scenes of bomb damage and reconstructions of rescues demonstrate the threat faced by Surrey towns during the war while the march past of the Civil Defence Services illustrates the scale of the demands which was placed on local communities. Ashtead / Leatherhead was first bombed on 27th August 1940, with aerial bombardment increasing throughout early 1941 - the recruitment of local ARP volunteers therefore became an important activity.

Copies of this book, which traces events in Surrey during the Second World War, are available at various Surrey libraries.

“The Mass-Observation Archive specialises in material about everyday life in Britain. It contains papers generated by the original Mass-Observation social research organisation (1937 to early 1950s), and newer material collected continuously since 1981.” The Archive holds much material relating to the Civil Defence Service. It includes assorted leaflets on recruitment to Civil Defence and the armed forces, assorted notes and papers by Civil Defence workers, 1942 and assorted notes and press cuttings on the de-escalation of Civil Defence 1944-5. A search facility is available online.
http://www.massobs.org.uk/index.htm

The Surrey History Service collects and preserves archives and printed material relating to all aspects of the history of Surrey. The Surrey History Centre holds collections concerning the Leatherhead ARP, including information on the making of Civilians in Uniform (ca. 1946) and to the events captured on film. The Centre also has a selection of films from the Screen Archive South East, and its collections catalogue is searchable online.
http://new.surreycc.gov.uk/heritage-culture-and-recreation/archives-and-history/surrey-history-centre