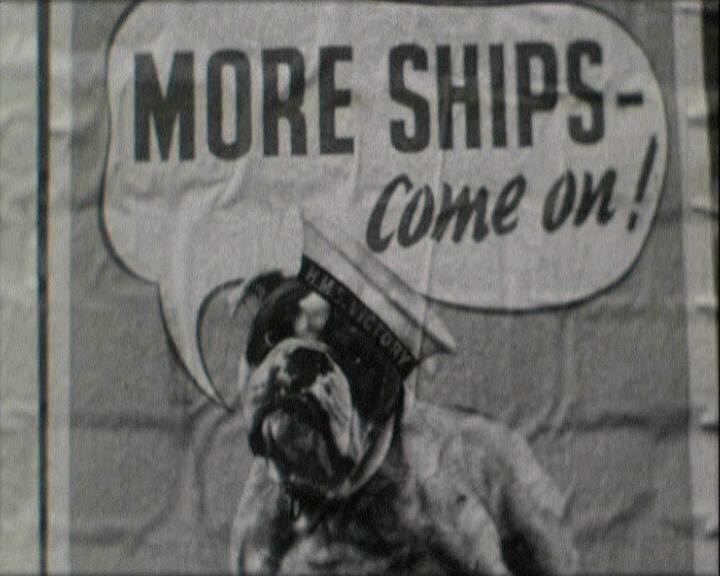 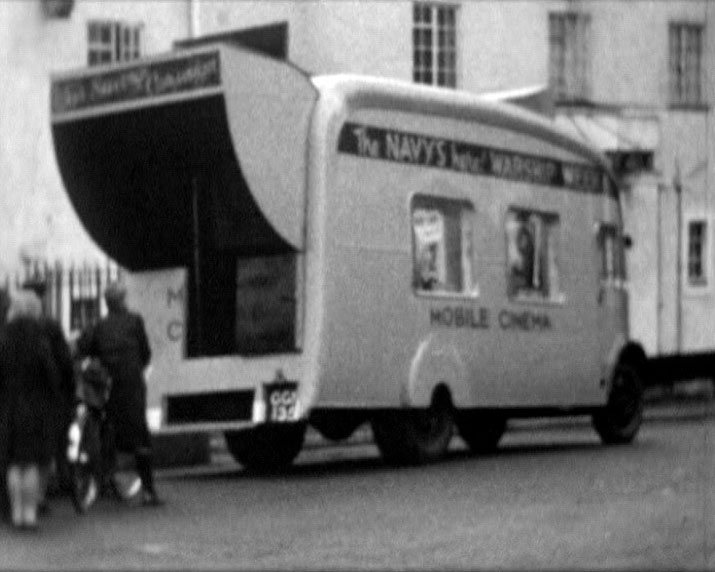 [Film 1] - The newsreel features several fundraising events, the first one ‘Weapons Week’ in 1940 is opened by the Lord Chancellor, Viscount Simon. Posters on buildings advertise Warship Week, in October 1941 and the opening ceremony takes place at the Council Offices. Troops are inspected, they then parade through the streets. A crowd gathers around a mobile cinema (a converted delivery van) to watch information films. The town celebrates Trafalgar Day with a procession through the streets; actors playing the parts of Lord Nelson and Lady Hamilton (in colour). The newsreel also features the opening of several British Restaurants around the district; the first, in Leatherhead, is opened by “Freddie Grisewood of the BBC”. Civil Defence Services and youth groups take part in a march on Trinity Sunday 1942.

The ‘War Savings Week’ summer fair in July 1942 begins with a parade, then festivities are opened by Lady Snowden. Children form a V for Victory on the playing field - followed by acrobatic and gymnastic displays. Soldiers fire field guns at a mock-up tank. The Civil Defence Services demonstrate a fire rescue; ‘casualties’ are stretchered down from high buildings and attended to by first-aiders. Many of the sideshows and amusements are shown including rides on a miniature railway and pony rides. More British Restaurants are shown and a mobile trailer kitchen is presented to the district on behalf of the High Commissioner for Canada; cups of tea are served to the guests. Close-ups of the Civil Defence and Air Raid Precaution (ARP) badges introduce scenes of the services’ activities. The ARP wardens and Auxiliary Fire Service (AFS) are inspected by the Deputy Regional Commissioner, who goes on to inspect the Rescue Party, Decontamination Squad, messenger, first aid and casualty services. A detailed outline of the Civil Defence Services’ duties follows. Telephonists take messages and pass them on to control - locations of incidents are pinpointed on a map and services dispatched. A group portrait of the AFS, posing with their vehicles, then demonstrating fire-fighting equipment. The ARP Casualty Service and First Aid Post are shown in action: a casualty’s wounds are dressed. The Auxiliary Ambulance, ARP Dept Mobile Unit staff pose by their van then demonstrate a stretcher rescue and on-site first aid is administered. The LUDC Rescue Party pose for a group portrait then demonstrate rescue methods of casualties from upper floor of bomb-damaged house.

[Film 2] - There is a close-up of a British Legion poster advertising an Armistice Service, followed by close-ups of individual veterans prior to the service. A military band leads a procession of all Civil Defence Services and youth groups. They file into a church. Posters advertise “Wings for Victory Week 1943”; people purchase Savings Stamps which they stick onto a bomb already covered with stamps. At the opening ceremony Mustangs fly over in formation. Marshal Sir Trafford Leigh-Mallory takes the salute then addresses the gathering.

“The Home Guard Stand Down - Dec 3 1944” December 1944: scenes of several Home Guard companies standing down. Each company and their leading officers are named. A presentation of ‘shooting prizes’ and a parade also take place. An animated intertitle declares “Victory in Europe - VE Day May 8 1945”. Colourful scenes of flags decorating buildings around the town, civilians, servicemen and women gather before parading to the parish church for the ‘Thanksgiving’ service; many close-ups of smiling faces. “VJ Day Aug 15 1945” More colourful scenes of people hanging out flags and bunting. The final stand down parade of the Civil Defence Services on June 24 1945. The County Controller takes the salute. The Controller and the County Controller inspect each of the services. The film ends with Union Jack and Civil Defence flag flying side by side. 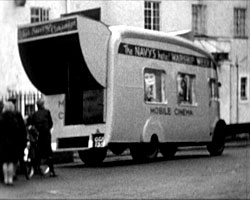 Film 1 - This film was made by Mr J. O'Hea who was the Chief Warden of the Leatherhead Air Raid Precautions (ARP). He was a keen amateur cinematographer and made training film to assist the ARP - this one was made in late 1940 and was shown at the Crescent Cinema, Leatherhead. Box office receipts suggested that by January 1941 over 10,000 people had seen the film.

Film 2 - This film was made by Mr H.G. Prickett who was the manager of the Crescent Cinema in Leatherhead. He approached the sub-controller of the Leatherhead ARP in September 1944 about making it as a historical record of the workings of the Civil Defence bodies in the area. In January 1945 Mr Prickett submitted a brief outline of the proposed film to the ARP Committee - he estimated that it would cost Leatherhead and District Council approximately £30 to make the silent film.

Crescent Cinema was built on the site of The Manor House in Church Street in 1939, providing service throughout the Second World War. It was pulled down in the 1960s and rebuilt as the Thorndike Theatre in 1969.

The compilation has a strong emphasis on fundraising and the Civil Defence Services in the town. The National Savings Campaign, as featured in Leatherhead Newsreel (1940 - 1945), was regarded as the nation's duty - local press continually asked readers to 'save for freedom'. Leatherhead and District raised £3,771,738 between 1940 and 1945, making it one of the country's most successful fundraisers. Ashtead / Leatherhead was first bombed on 27th August 1940, with aerial bombardment increasing throughout early 1941 - the recruitment of local ARP volunteers therefore became an important activity.

“The Mass-Observation Archive specialises in material about everyday life in Britain. It contains papers generated by the original Mass-Observation social research organisation (1937 to early 1950s), and newer material collected continuously since 1981.” The Archive holds a large amount of material relating people’s experiences during wartime, including several subjects particularly relevant to this film, including War Savings Weeks, Civil Defence and British Restaurants. A search facility is available online.
http://www.massobs.org.uk/index.htm

The Surrey History Service collects and preserves archives and printed material relating to all aspects of the history of Surrey. The Surrey History Centre holds collections concerning the Leatherhead ARP, including information on the making of Leatherhead Newsreel (1940-1945), and to the events captured on film. The Centre also has a selection of films from the Screen Archive South East, and its collections catalogue is searchable online.
http://new.surreycc.gov.uk/heritage-culture-and-recreation/archives-and-history/surrey-history-centre

Wartime childhood memories of Leatherhead. The author of the memoirs also provides notes, identifying streets and businesses in the film, and describes his own memories of many of the events in the film such as War Savings Weeks, British Restaurants and parades.