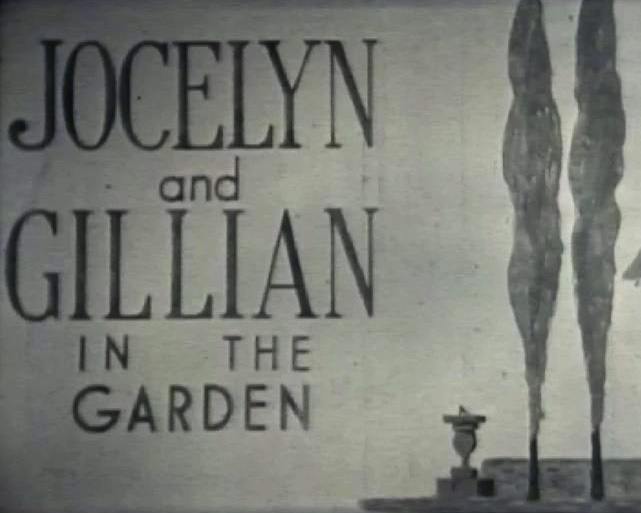 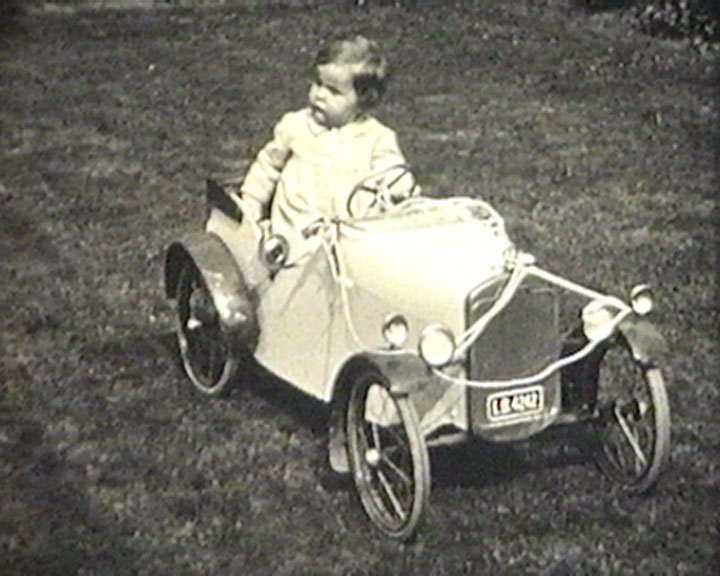 The film begins in black and white. Joseph Emberton stands with daughter Jocelyn on his shoulders in the family garden. The mother, Kathleen Emberton, and another woman sit on garden steps; Kathleen smokes a cigarette. Joseph and daughter Jocelyn ride around on bicycles. Kathleen and Jocelyn play ball games with Jake, the family's Dalmatian dog, in the garden.

A sequence of intertitles then describe a scene. The first reads: "Jocelyn and Gillian in the Garden"; Gillian looks out and down from an upstairs window. Another title reads: "looks nice in the garden today" and Jocelyn looks out from the same window. A final title: "You're right - get your hat" is followed by Gillian wearing a hat in the garden, with the dog. A Title reading "Let's get the car out" is followed Jocelyn driving a child's toy pedal car around the garden. Gillian then sits in the car but is too young to peddle it. Her father then pushes Gillian around the garden in the car, whilst their mother and another woman sit in the background. Jocelyn tries to climb onto the dog's back. A group of adults sit around a small table in the garden wearing hats and coats, with some wearing fur wraps. Kathleen lights and smokes a cigarette. The children, in matching coats, look at plants. Gillian plays on a swing in the garden. Shots of a tree, and a swan on a lake are followed by the dog and Gillian walking amongst some bracken.

A title states: "A visit to Old Surrey Hall, East Grinstead". The girl's mother and Gillian stand in front of the half timbered houses [possibly including Cromwell House?]. Back at the Emberton's house, in a repeat of earlier scenes, Gillian and Jocelyn are shown looking out of an upstairs window. A title says: "Looks chilly out there this morning". Snow has fallen on trees and on the ground in the garden. Another title reads: "Let's take Mummy for a walk". The girls' mother and Jocelyn push a pram in the snow. Then mother, Jocelyn and another woman build a snow man; a large pram with Gillian riding in it, is next to the group. A section of colour film begins. The scene continues with the head of the snowman being worked on. The snowman is then given a hat and face, a scarf, umbrella and stick. Gillian, in the pram looks out and Jocelyn stands next to the snowman. 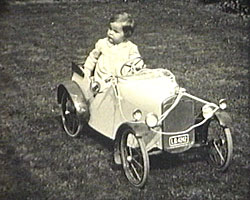