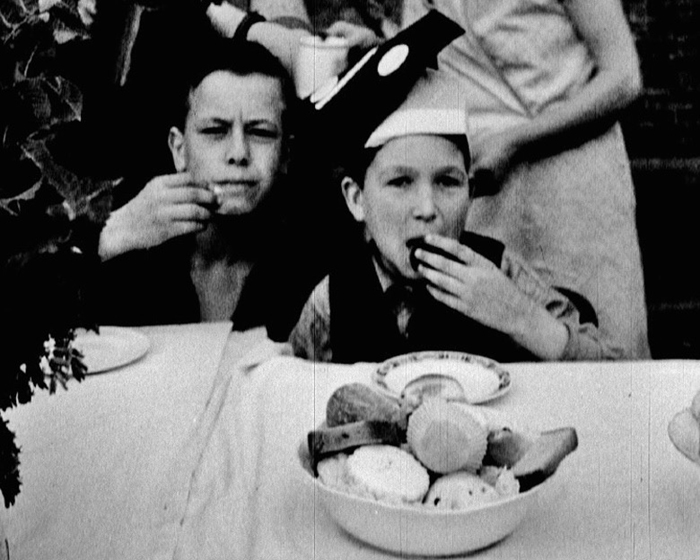 A compilation of films of local interest which which were exhibited in a newsreel format at the Capitol Cinema in Walton-on-Thames by its manager Clifford Spain. The films record community events including fetes, and Coronation and Jubilee celebrations. A large proportion of the footage films the people who attended the events.

Scenes at Walton Inter-works River Gala (14 July 1934) Crowds line the banks of the River Thames to watch a rowing race and teenage boys attempting to cross a slippery pole.

[Local Coronation Celebrations May 12th 1937] (12 May 1937) The residents of Weybridge, Oatlands and Walton-on-Thames celebrate the Coronation of George VI at outdoor events. There are performances by young dancers and male gymnasts, a fireworks display and a street party.

Scenes at Weybridge Hospital Fete (6 July 1932) A large multigenerational crowd is filmed at a fete - the visitors participate in games, including hoopla, and ride on the merry-go-round.

[Jubilee Day May 6th 1935] (6 May 1935) The film opens with a shot of Walton-on-Thames' Capitol Cinema - its exterior is bedecked in Union Jacks. The residents of Hersham and Walton-on-Thames are filmed celebrating the Silver Jubilee of George V. Celebrations include a street party, a gymnastics display, children's races and boxing, and a bowls competition. 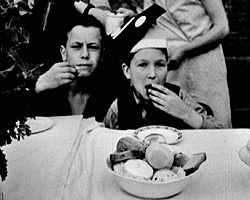