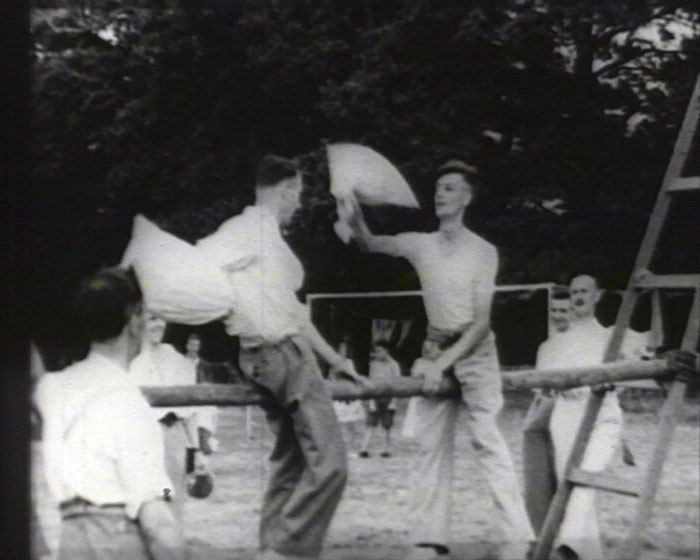 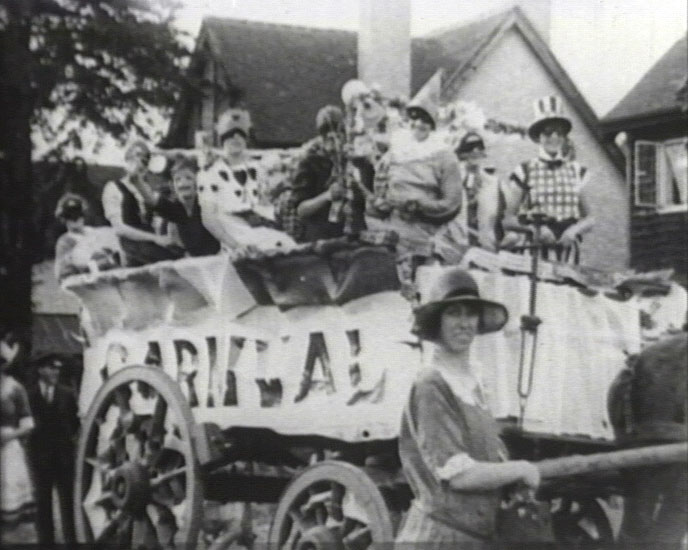 The Capitol Theatre Presents Scenes and Events (1927) The camera films a large gathering of mothers and young children (at a baby show?).

Heathfield Sports Association Sports Meeting Adults and children compete in various sporting competitions at the Walton Club Football Ground. Amongst these are a sack race, a pillow fight on a pole, and a three-legged race. The victors are presented their prizes.

[Procession in Aid of the Walton Maternity Home] (10 July 1927?) Crowds line the main shopping streets in Hersham (?) to watch a parade which comprises representatives of the fire service, marching bands, floats and children in fancy dress.

The Carnival Procession (ca. 1930) A parade of floats and children in fancy dress passes through Walton-on-Thames (?).

Comic Football Match (ca. 1930) Crowds of people arrive to watch a football match between men, some of whom are in drag.

The Declaration of the Poll at Chertsey Town Hall (ca. 1930) People line the streets of Chertsey, watching as the Conservative candidate Major Sir Archibald Boyd-Carpenter is declared the winner of the local election.

mmm of the Walton-on-Thames Swimming Club (ca. 1933) Teenage members of Walton Swimming Club dive into the River Thames from the riverbank which will soon house their new pavilion. A large crowd watches the entertainment.

mm (16 June 1934) Footage from the official opening of Walton Swimming Club's new pavilion on the banks of the River Thames. After the ceremony, club members have fun diving and jumping into the river. 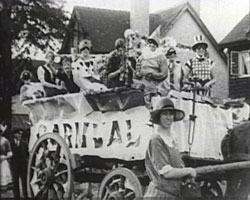