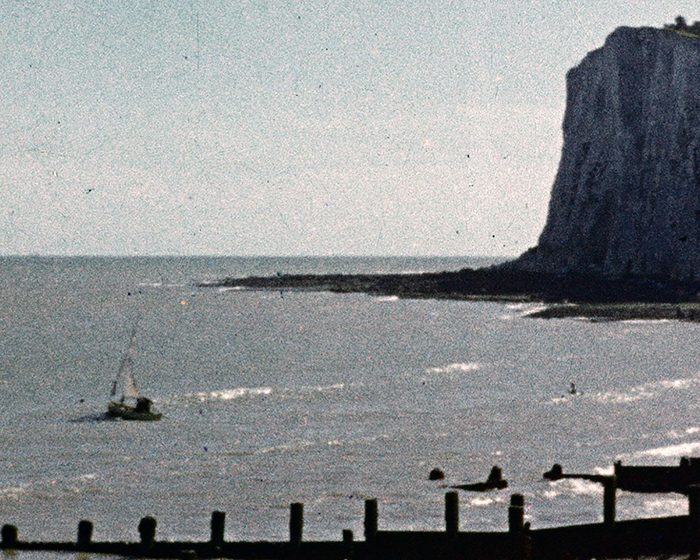 The film starts showing visitors strolling along the promenade. A man is then filmed standing in front of car smoking a cigarette, looking directly to the camera. The sign for the “The Waffle Inn” is seen painted on the building wall. Traffic is filmed passing the beach on the seafront road.

Scenes of the Romney Hythe and Dymchurch miniature railway show the steam train passing by with passengers in open carriages. Seaside. A boy in a jacket and trousers and two girls in summer dresses sit on the shingle beach. The coast line is backed by chalk cliffs and out to sea there is a steam boat passing. A couple walk at the base of the cliffs at St Margaret's Bay near Dover. Two girls in swimsuits and bathing caps slowly walk into the water. Back on the beach they sit with two other people on a groyne. A few people are seen swimming in the sea. This is followed by a scene of a picnic on the beach. The final scenes shows a couple walking along a lawn into the garden of a house. 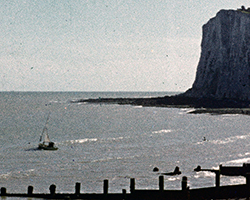