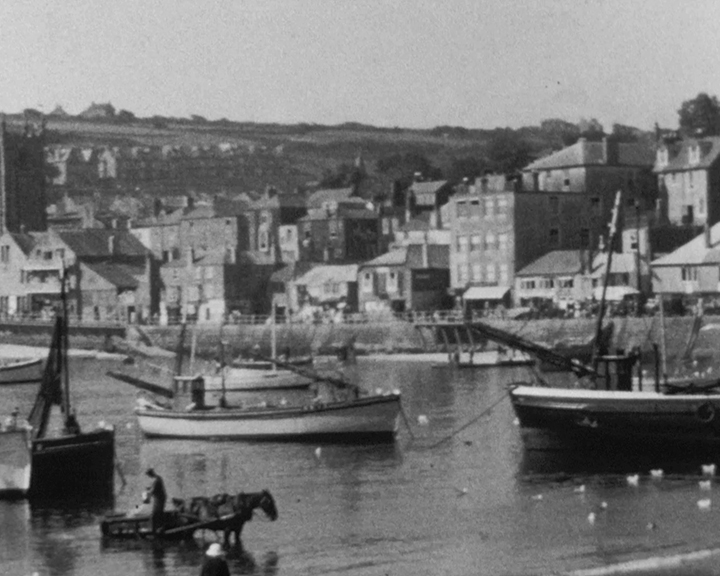 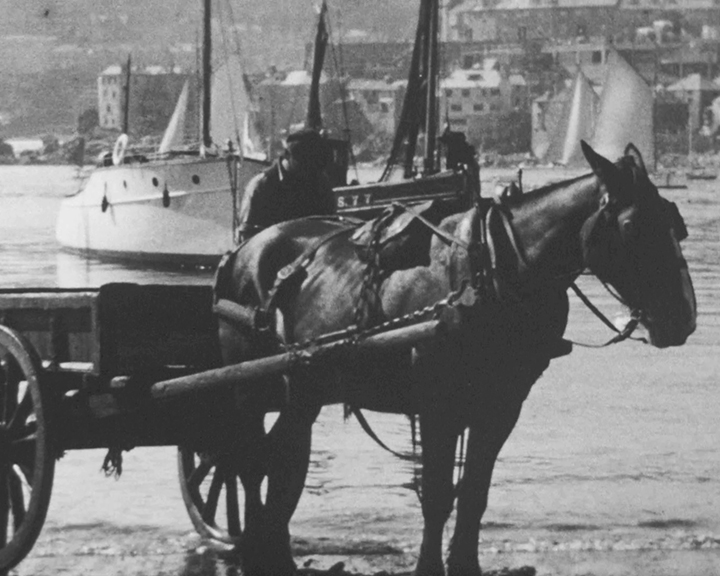 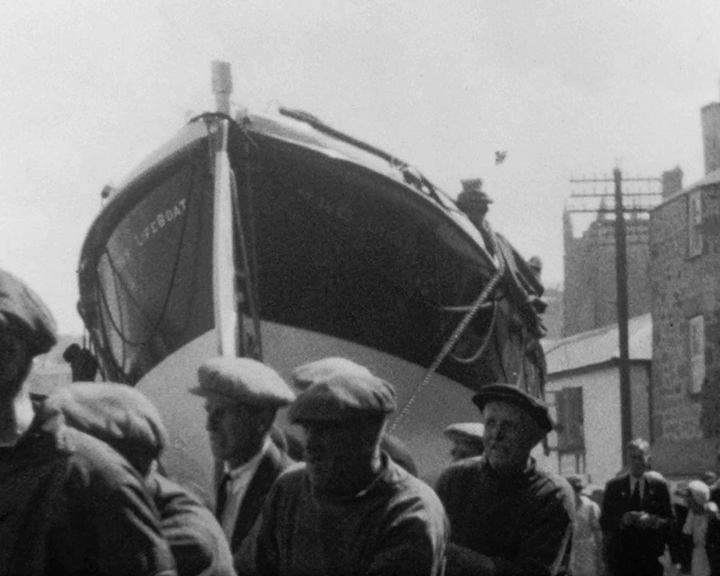 Intertitle: 'Encircling the harbour is the Quay, with artists' studios and fishermens' quarters, looking across the blue waters of the Bay.' Harbour scenes and views of the narrow passageways with children waving, workers and people going about their daily business.

Intertitle: 'From this little port the fishing fleet of St Ives puts forth after pilchards, skate and mackerel, etc.' Images of fishermen at work in the bay follow.

Intertitle: 'From boat to cart the fish are taken along the quayside where they are cleaned and packed by skilful workers.' A horse and cart stands at the waterline as fishermen load their produce. A huge catch of fresh skate is unloaded from the cart and cut up into pieces on the quayside while customers gather. The mackerel catch is skilfully and swiftly gutted nearby.

Intertitle: 'Myriads of gulls are attracted by the waste fish.' Close-ups of the gulls and their feasting follows.

Intertitle: ' After the days catch one can see the fishermen hard at work mending their nets.'

Intertitle: ' The gulls are disturbed and are flying home to their eyries, a storm is brewing and in a few minutes the sea is hurling itself against the rugged rocks.' St Ives lifeboat is pulled by men along the quay and launched. The sea is filmed bashing against rocks.

Intertitle: 'Once more the sea is calm, and as the sun sets across the waters, the fishermen of St Ives continue their life's work providing food for the people of Britain.' A final view of sunlight on the sea closes the film. 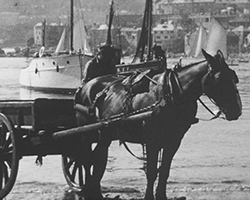 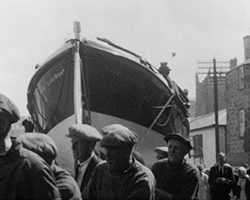