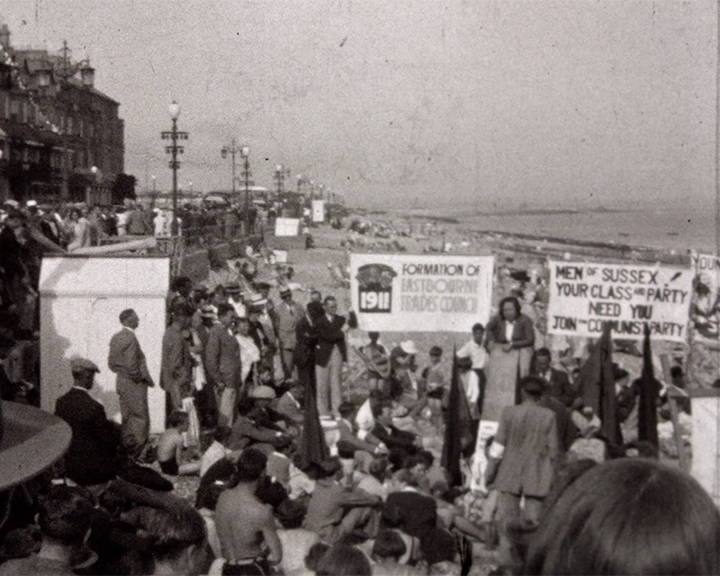 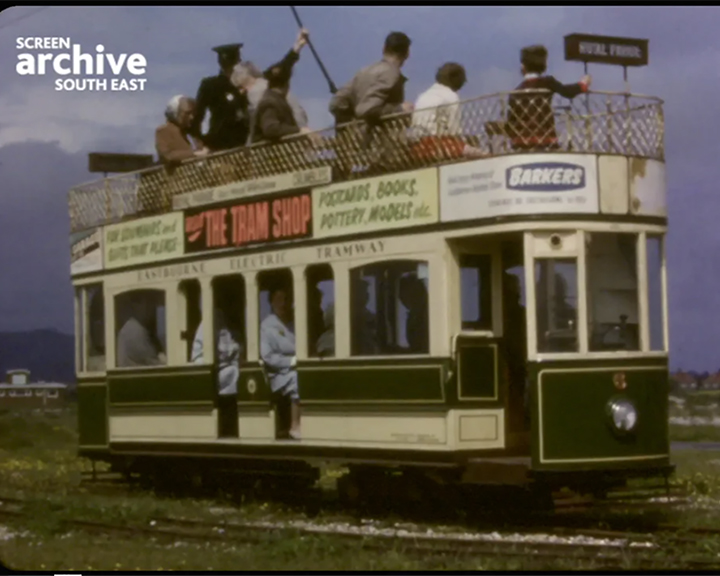 This snapshot of a family at leisure in the 1920s starts with tennis at Eastbourne's Devonshire Park Lawn and Tennis Club. The courts are filled with players, including several female players, wearing cloche hats. Golf players are then shown accompanied by friends and family, in the Downs above the town. Two women are seen lighting up cigarettes smoking. The family tour the area in cars, visiting nearby villages and beauty spots.

The next part of the film reads “Sussex 1939” with subtext reading “Brighton Communist Party” with a final bit of text reading “Sussex People’s March of History Eastbourne, 27 August 1939”. A brief bit of text outlines some background on Isabel Brown reading “Isabel Brown (1894-1984) was a founding member of the communist party of Great Britain. She studied at the international Lenin School in Moscow and was part of the Aid for Spain campaign” .

Intertitle:""now is the time for marching’ as columns of people banging drums and carrying flags parade the streets.

Intertitle:“under out Banners rod” as people in banners march with red flags. There are others with placards, outlining protests and causes.

Intertitle:“rank upon rank advancing” as further marching is shown, with marching proceeding further into the town.

Intertitle: “Surely we forge ahead” as a general view of marching on the main road continues with cars flanking the side of the marchers.

Intertitle:“Isobel Brown” with a shot then shown of Isobel Brown seen making a speech to a group of protesters with banners and flags on the Eastbourne promenade and beach.

Intertitle:“Help us - to show more films of working class activity in Sussex, send a donation to 9-11, St.george’s mews.” As the film fades.

Intertitle: “Eastbourne Tramway, Trevor White, c.1965” with some further context reading “Claude Lane’s Modern Electric Tramway Company in Eastbourne was in operation from 1955-1969. His two foot narrow gauge trams ran between Princes Park and the Crumbles, a distance of two-thirds of a mile.” The film then starts and reads “Trevor White Presents” with “Eastbourne Tramway”. The film then switches to colour as the tram drives towards the camera, with passengers filled in the tram. The tram then stops, some people get off, and then a conductor comes in to the front seat to drive the tram. A panning shot of Eastbourne pier is then shown, as it pans towards the road and tramline. The tram drives on, then stops as passengers slowly get off, while a conductor attaches the tram to the mainline.The tram then drives past cars and the main road. A shot is then shown of the tram shop as a customer chats to a shop worker. It turns to night as lights are lit on the tram shop, then a shot of the tram is shown driving into the distance.

The next part of the film then reads “Eastbourne Carnival, Eastbourne Cine Club / Ray young, 1964 The parade procession passing along Seaside Road”. This film by Eastbourne Cine Club members shows scenes of the 1964 Eastbourne Carnival parade, making its way from the Sovereign area of Eastbourne past Princes Park along Marine Parade towards the Wish Tower. An old couple (?) pass through the road and attempt to get through the revellers. A shot of a young boy is then shown, as it cuts to further shots of the parade floats and of children playing. The streets are lined with spectators watching the parade and throwing coins, as the participants rush to pick them up as they pass. The parade of floats passes Eastbourne Pier, 2nd Royal Sussex Regiment war memorial (opposite the pier), Carpet Gardens, The Bandstand, the statue of the 7th Duke of Devonshire (opposite The Bandstand), continues along Grand Parade towards the Wishtower Slopes, Western Lawns, then up towards the Devonshire Park Complex (Theatres on Compton Street) and along the seaside. The film closes with an end title as the parade continues along the seafront.

The film then cuts to a title card reading “Eastbourne sun trap of the south 1966, a publicity film dedicated to the town’s attractions”. The film then cuts to Eastbourne pier and promenade as a man voices over the colour film. People are shown enjoying the beach and sunshine on Eastbourne beach. Luxury, private and cosy guesthouses are then shown with caravans shown shortly afterwards. Flowers are then shown as the man commentates over them. The film then cuts to the bandstand with general shots of the seating and main music area. Devonshire courts are then shown which are used for playing tennis, as those playing the sport are shown in general shots. The ferry to beachy head is then explained, as shots of the sussex chalk cliffs are shown with the lighthouses down below shown in a multitude of general shots. Panning back to eastbourne, a view from a boat is seen as it rocks on the sea. As it gets dark, lights flicker on the promenade as the film ends." 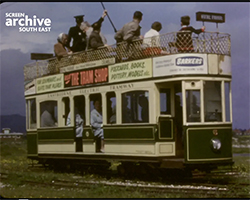