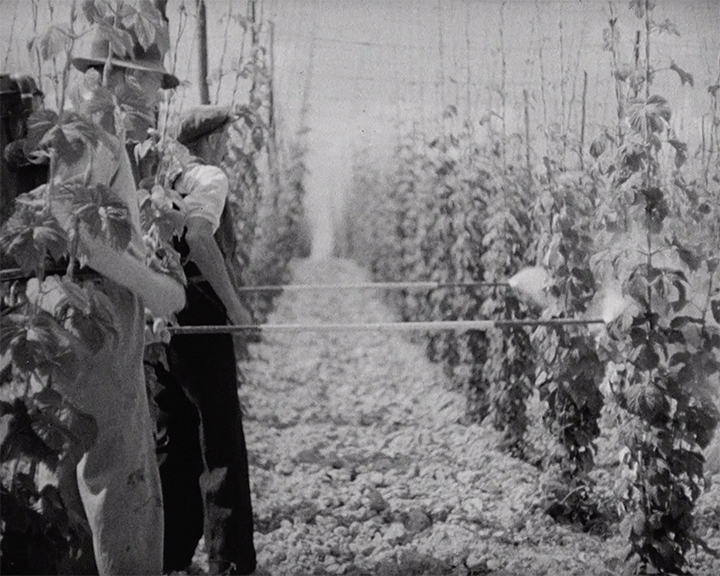 The film begins in January with scenes of horse-drawn ploughs being worked across fields. Hop poles are made in February and erected in March. Men on stilts wire up the poles in April and throughout May and June the growing hops are tended, sprayed and protected with nets. August sees the arrival of families of hop-pickers and the hop harvest. Men, women and children are seen working in the hop fields as well as cooking meals, shopping and relaxing in their campsite accommodation. September sees the sacks of harvested hops arriving at oast houses. These have the distinctive white cowls that make them such a recognisable feature of the Kent countryside. Inside the oast houses we see hops laid out in the drying kilns, warmed by fires in furnaces. Dried hops are seen being loaded into very large sacks for despatch to breweries. When the growing season ends we see men dismantling the hop fields and gathering the poles for burning in charcoal kilns. Skilled men gather the poles, assemble them into a mound and cover the kiln with earth before lighting the fire. The resulting finished charcoal is shown before we end with a thirsty charcoal burner taking a swig of beer from a bottle. End Credits