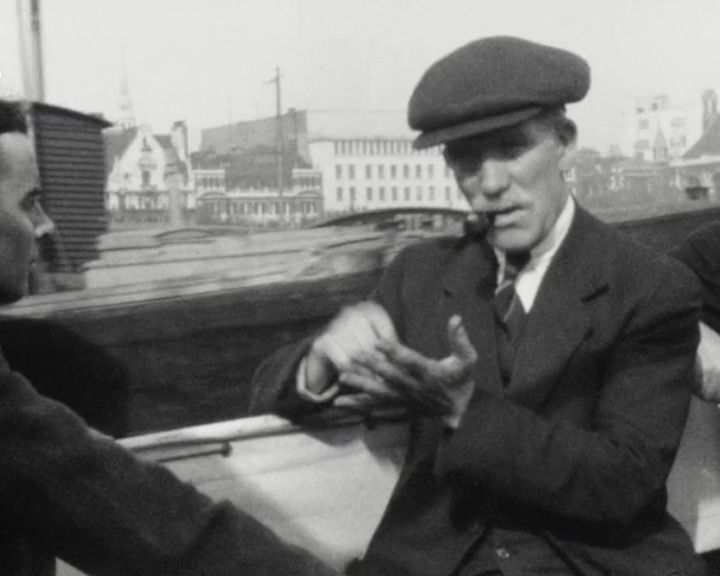 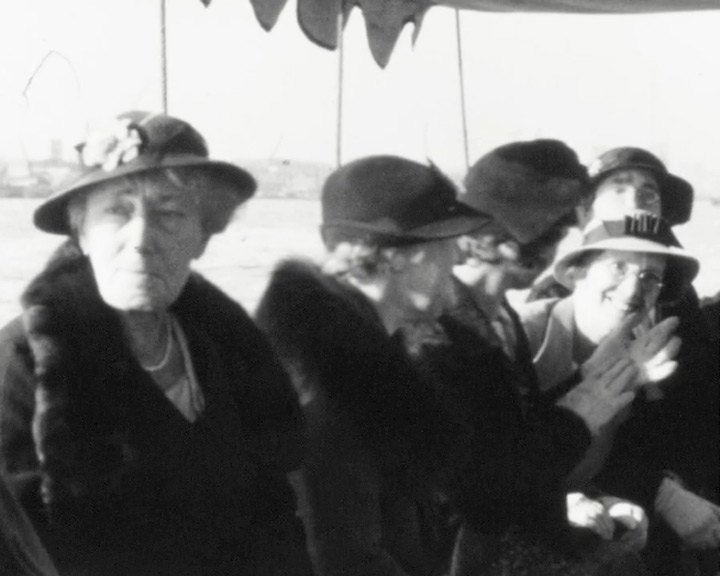 The film begins with a title reading '1936. St.Faith's go to tea at Kew'. Ten women and a clergyman board a boat and travel on the River Thames. The film then cuts to scenes of a dog playing with a ball. Another outing is then filmed with the title 'In October, a large party to the zoo'. The large group of adult men and women dressed in coats and hats visit the zoo, seeing the monkeys and penguins. Two children dangle fish above the penguin's heads to make them walk while a large group of visitors look on. Some of the women use sign language to talk to each other. The group (including a woman using a wheel chair) line-up to pat the head of a seal and feed it fish. The penguin show continues as children and then a woman from the group with a fur wrap encourage the penguins to parade. The next intertitle reads '1937. the garden at Titlarks Farm and Windsor'. The same group visit the gardens; some of the group use sign language, and others make use of sticks to walk. The next intertitle reads 'Kew in May, Bluebells and afterwards open air tea'. The group are served tea sitting at outdoor tables, they then take boats along the river, waving to the camera. The next intertitle reads '1937. In October we take a launch to the Naval Museum, and tea at Greenwich'. The group sign with each other as they travel along the river. 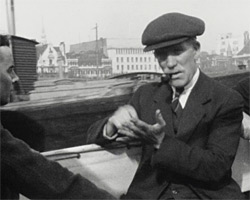 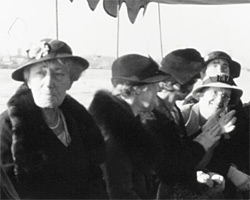 The organisation may have been 'St. Faith's Home' in Putney.