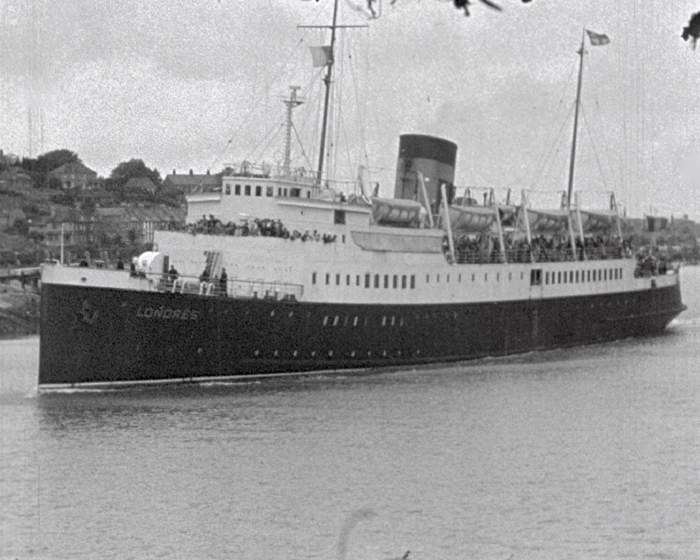 The film begins with titles reading 'An Ellis Producton'; 'Do you know your Sussex'; 'We will help you at times'; 'The names of places will be given at the end of the film'; We will start with?'.

The opening shot is of the Volks Railway in Brighton. We see Madeira drive, and a view down onto the beach with the Palace Pier visible in the background. On the beach are fishing boats, and fishermen selling fish from carts. After a shot of Kings Road near the pier, a title reads 'Yes that was Brighton'.

Next is a pond and houses in the background, a church and a village green. A title informs the viewer this is Falmer. The following scenes are of a cobbled street in Lewes, Southover Grange gardens with Lewes Castle in the background and Anne of Cleves House.

There follows a bank of daffodils, and a timber framed house with a distinctive horseshoe shaped beam around the doorway. A title names this as 'Glynde Forge'. The next shot is of a woman and child paddling in the sea. We see a harbour wall with a lighthouse at the end, a railway, and a view across the water during a rough sea. There are several shots of a ferry called the 'Londres' approaching the harbour, plumes of black smoke coming out of the ship's funnel, before the title confirms the location as Newhaven.

The sea wall at Seaford is featured next, followed by a view across the South Downs and the River Cuckmere from 'The High and Over'. At Alfriston are shots of the village's timber framed houses and church. A title reads 'now a quick one' and is followed by a shot of the weather-boarded steeple and church at Lullington. The next shot is of a beach with the Seven Sisters in the background, and a title informs us that we are at 'Birling Gap', before we move on to Beachy Head, with a view of the lighthouse from the cliff top, as well as people walking on the beach below.

The next title, which this time includes an animated dog, reads 'off to'... and leads us to a shot of wooden steps down to a beach. We then see the sea front and promenade at Eastbourne, with the pier in the background. Another set of titles read 'Now a miniature village... In a well known gardens'. There are several shots of the model village at Wannock Gardens in Polegate. Visitors to the village are seen walking around, and the camera lingers on several of the village's buildings including the church, castle and flour mill.

The next visual clue is the church at Hellingly, followed by the 'Brightling Needle', a stone obelisk standing in field. A village street and sign for Mayfield are next, before the film moves on to include several shots of the windmill at Chailey. A title appears reading 'Off again to a popular pond', and we cut to scenes of people ice skating on frozen water. The camera follows two women skating together and identifies the location as Piltdown Pond, near Uckfield. The next locations are the Shepperd and Dog Inn at Fulking, a street scene at Bramber and a street scene with a clock tower at Steyning. A view of Chanctonbury ring is next, followed by Parnham House near Pullborough and Stopham Bridge near Chichester.

At Cowdary there are several shots of visitors looking round Cowdray House in Midhurst, as well as scenes of a polo match, with the title 'The Duke plays polo'. The next location is Chichester, where we see streets and shops as well as the clock tower. At nearby Bosham, we see a water mill and several men wheeling a wooden boat on land. There is also a National Trust sign for 'Quay Meadow Bosham' and the Bosham newsagency shop. Arundel is featured next, with a view of the castle in the distance and a train passing in the foreground. There is a panning shot of the surrounding countryside and the River Arun.

There follow brief scenes of Beeding, Pulborough, Petworth and Lancing, including a shot of Lancing college. A title reads 'The original donkey derby' and is followed by several scenes of this event including shots of spectators. Donkeys are shown in a ring, pulling carts, being ridden by children (some in fancy dress) and raced on a track. A sign reads 'Wivelsfield Green Donkey Racing - next meeting Whit Monday, June 2nd 1952'.

A title signals 'The End' of the film, followed by 'Institute of Amateur Cinematographers, A members film'.