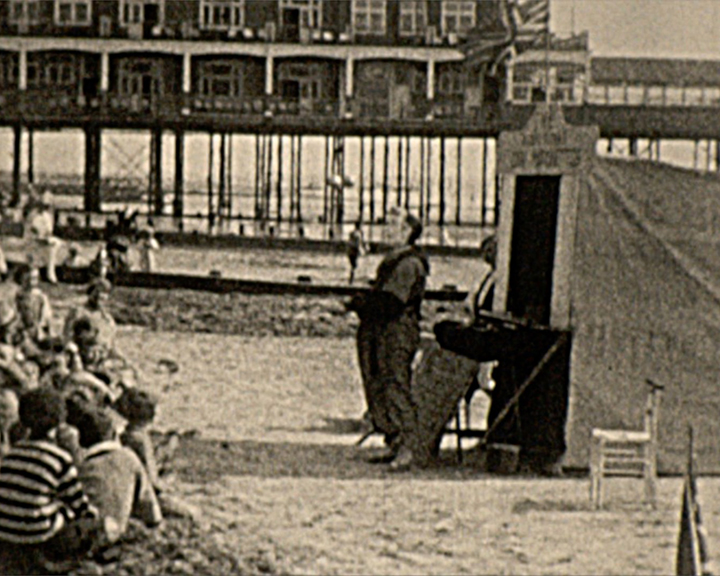 The clown seen performing here is Frank Bale, previously of the entertainment troupe The Royal Zanettos. The Royal Zanettos was the stage name of the Bale family's 'Japanese' juggling act which they performed around the world: once appearing on the same bill in America as Charlie Chaplin. Frank Bale's act often included his performing dog 'Towser'.

Information supplied by Glyn Edwards of the Fedora Group from research undertaken for their 'Stage, Screen & Trench' exhibition at Littlehampton Museum in 2016.