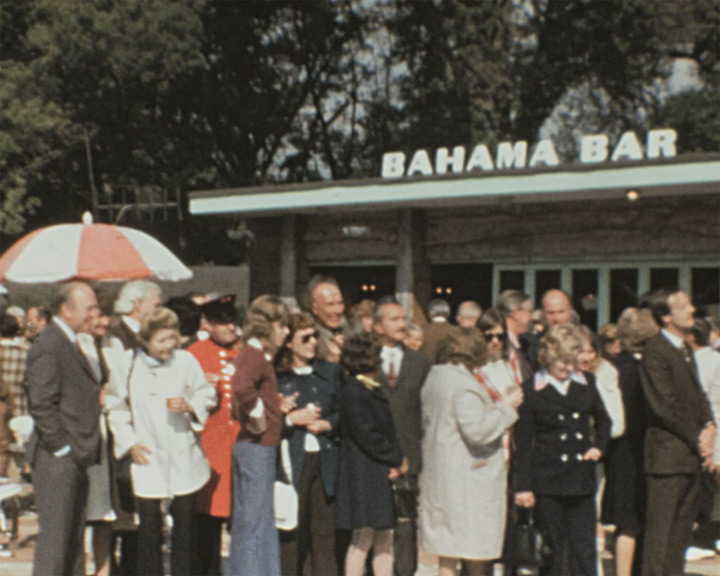 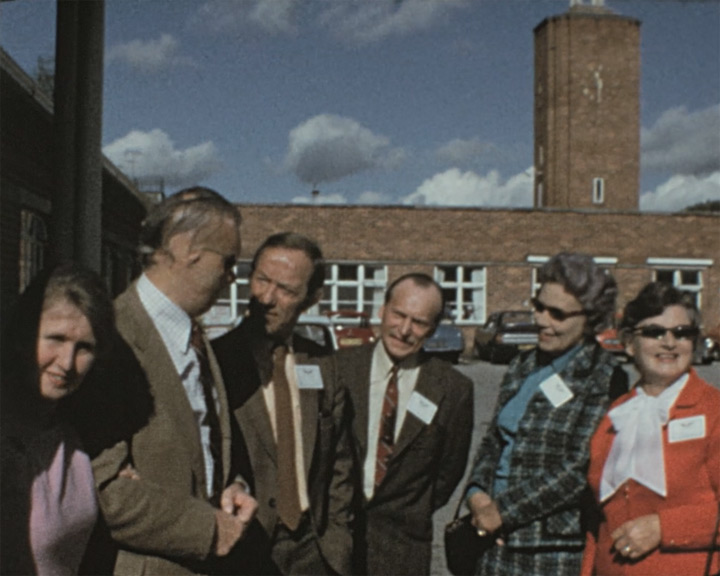 The film opens with shots of the exterior of the Queen Victoria Hospital in East Grinstead and scenes of the main streets of the town. The exterior of the Guinea Pig Whitbread pub is also show, with club members drinking in the pub garden (?). A group of men wearing straw boaters and another group wearing bowler hats smile and raise a trophy for the cameras and another man appears wearing only a cardboard box. At the Feldbridge Hotel, the film shows general scenes of the club members, wives, former staff and children drinking and chatting amongst parasols by the swimming pool in the gardens. At a subsequent reunion, the group gather again by the pool. A man (possibly the one wearing a cardboard box from the previous year's film) appears to run around exposing a bare bottom. As with some previous year's events, two of the men jump in the pool fully clothed. At a subsequent year, the club members are joined by a steel band. The two entertaining characters from previous years appear again along with a mayor and a Chelsea Pensioner. The group are then seen outside the hospital buildings at the 'Canadian Wing'. At the hotel again, the group gather for drinks on the terrace, posing for shots from those with cameras.