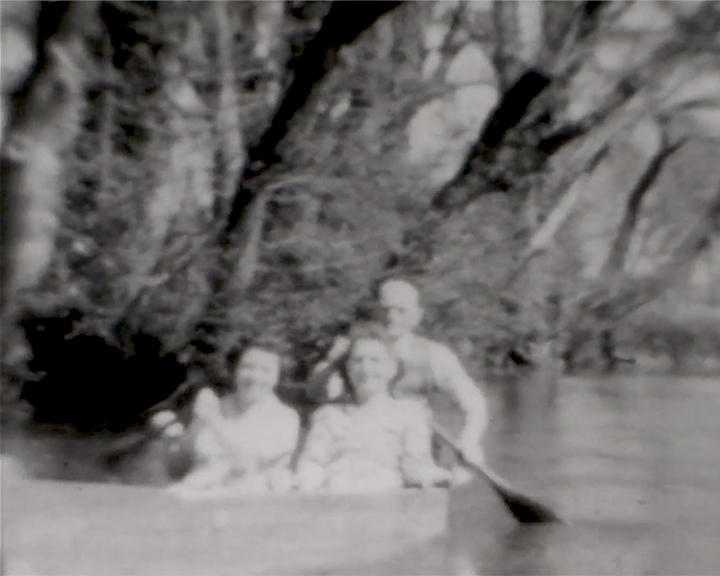 The film opens with the Ellis family playing an informal game of cricket on an empty country lane. There are close-up shots the Mary Stanford Lifeboat Memorial at Rye, with the river estuary in the background. This is followed by a close-up shot of a sign: "The Ellen Terry Memorial Museum, National Trust" and a thatched cottage - Smallhythe Place, Tenterden (?). A man laughs and talks directly to the camera and after some countryside shots is joined by a woman who begins to lay out a picnic, possibly on the South Downs (?). The family pose briefly for the camera, followed by a man riding a motorcycle on an off-road trail. The family paddle in canoes on the River Ouse at Barcombe Mills, some wave to the camera. A woman holds a baby outside a house, followed by more countryside landscape shots and the family wandering around a formal landscaped garden. At a castle the family sit in the grounds and pose for the camera. A woman holds a sign: "Old Crocks, 20th March 1949" followed by cars and motorcycles taking part in a rally. The family gather next to a fishing rod on the Palace Pier at Brighton, from where the West Pier can be seen in the background. There is a brief shot of the Brighton Dome and shots of Fletching Mill with the family walking nearby. The film ends with an older man and woman with a young girl ambling along a country lane. "The End" is spelled out in rolling scratched letters. 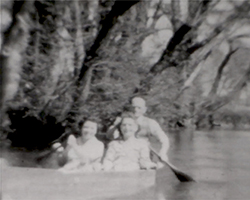