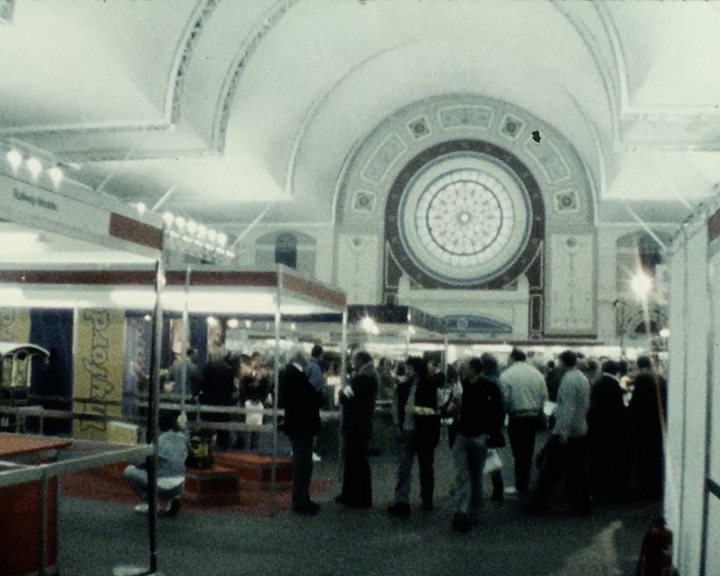 The film opens with a view of the huge radio mast at Alexandra Palace in North London. As the camera pans down to the main building we see the numbers 36 and 86 hanging from the roof down the side of the building. This was the 50th celebration of the first ever TV service broadcast from here on 2nd November 1936 by the BBC, as the plaque on the wall states. This follows with an inside view of the arched and domed glass roofs, its marble displays and the palm trees growing from some of them. People are seen to be wandering through and relaxing in this area. More shots of the architecture inside this old building. Inside one of the halls is a fair or exhibition. Many stalls are displaying model toys, aeroplanes, trains and racing cars. A large crowd browses around the stalls.

In Canterbury we see The Longmarket preparing for it's redevelopment. The large blue faced clock can be seen on the side of the old Bank. A lot of work can be seen and heard going on to regenerate this area of Canterbury. Views of the Cathedral with the old offices of Alfred Marks, recruitment consultants in the foreground. A shop called Leaders stands empty underneath. A coffee shop with the open terrace above is also closed. Some views of The Longmarket are from the Burgate end. 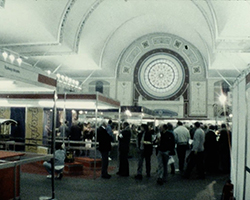