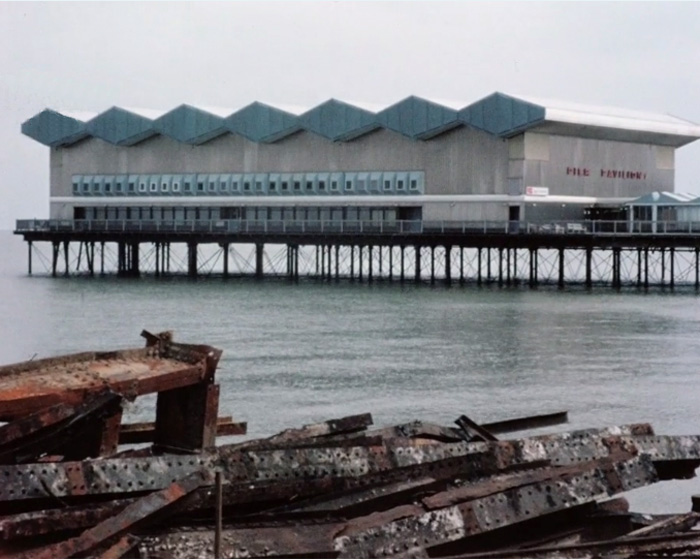 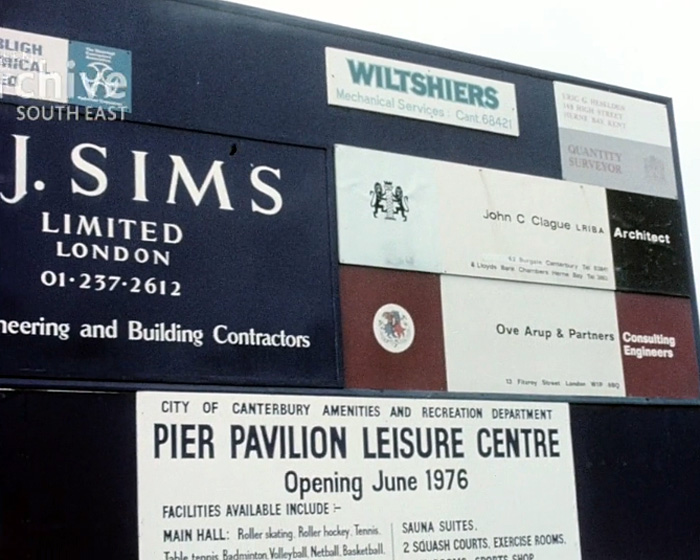 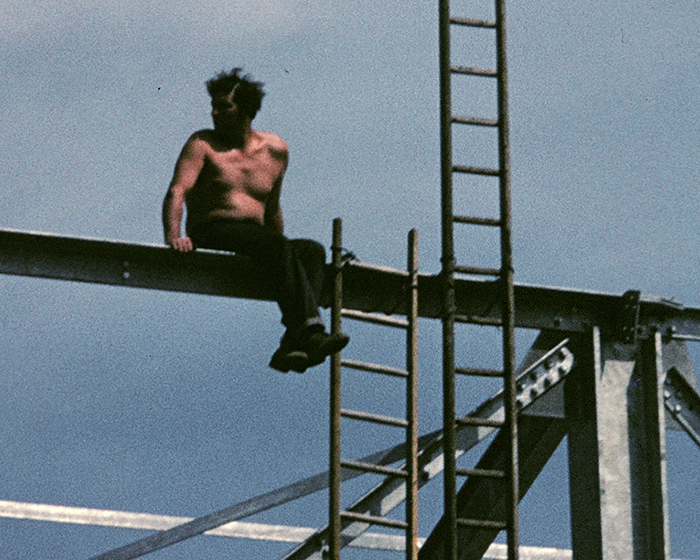 The film starts with workmen making a wooden structure close to the entrance to Herne Bay pier. A man enters a shed on the pier. Several views of Herne Bay pier are shown. Two men walk towards the end of the pier where the new pavilion is being constructed. Views of Herne Bay from the pier are featured. A large crane is seen in place on the pier followed by construction of the concrete decking. The next scene shows the start of the construction of the new pier pavilion with the erection of the steel framework. There is a brief glimpse of the underside of the pier followed by a group of men inspecting the progress.

More of the steel framework is seen being hoisted into position. Workmen are seen surrounded by steel components followed by views of the clock tower. The next scene, filmed some time later, shows more of the roof in place. Several scenes of the pavilion from a distance are shown followed by more steelwork being hoisted into position. A panoramic view of the Herne Bay coastline towards the west is shown. Workmen are seen climbing ladders and fixing the steelwork.

The scene then switches to a group of men, most of whom are wearing suits and ties, or jackets, standing at the entrance to the pier. A sign is filmed advertising the names of the companies involved, including: the building contractors C.J.Sims Ltd and John C. Clague as the Architect. The sign states that the Pier Pavilion Leisure Centre will be opening in June 1976 and that facilities will include a main hall for roller skating, roller hockey, tennis and other sports; spectator seating for 500 people; sauna suites; squash courts, club rooms, a licensed bar, cafeteria and sundeck.

People are then filmed arriving for the opening ceremony of the complex. Groups of dignitaries are seen walking onto the pier. Dark interior scenes show the inside of the pavilion's main hall where a demonstration of gymnastics takes place. Further dark frames are followed by a scene of people sitting in the building cafeteria, followed by a brief view of a game of squash. A very long queue of people are seen standing on the promenade, outside the pavilion, waiting to get in. The building is decked with bunting. The Mayor and Mayoress arrive.

The film finishes with a scene of rusting ironwork, possibly from the old pier, on the beach and a crane on a barge working close to the remains of the old pier supports with the new completed pier in frame. 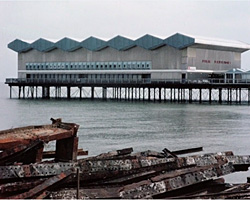 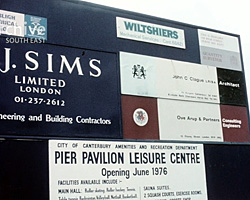 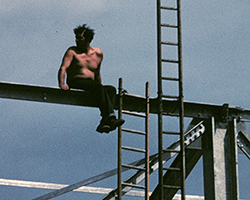 An architect by profession, John Clague set up his company in the 1930s, working on a diverse range of projects including the replacement of Herne Bay's Grand Pavilion, which was destroyed by fire in 1970 (as seen in John Clague's own newsreel from that year). The modern Pier Pavilion building he designed as its replacement, is seen being built in this film and was officially opened in September 1976. The building was demolished in 2012.

For comparison see the collection of architect Joseph Emberton who filmed his family and his seaside architecture in Blackpool in the 1930s, as seen in his films 'At the Seaside' and 'Joce and Gill at Home'.