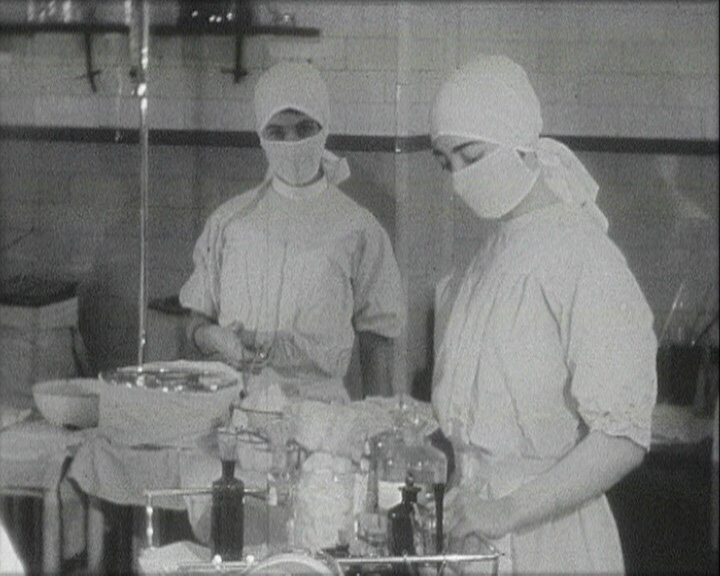 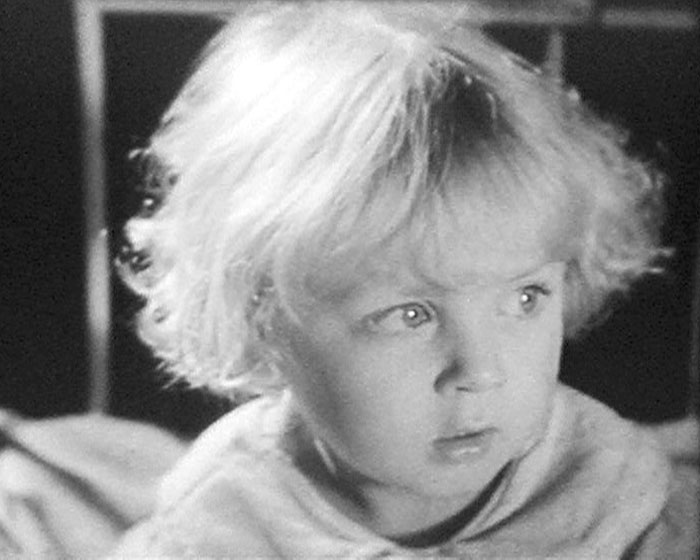 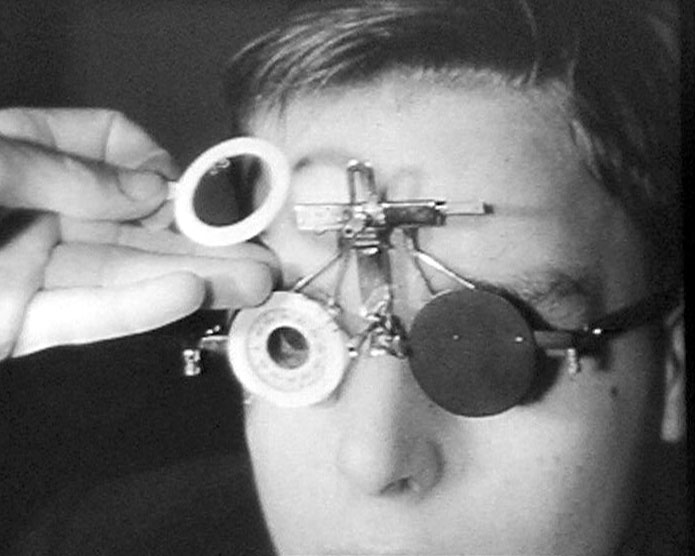 A long shot pans over St Bartholomew's Hospital - Chatham Dockyard is in the far distance. The Hospital's Chaplain leads a dedication service for the new casualty and outpatients departments whilst five borough ambulances drive through the quiet streets of Rochester, past a temperance café and the Guildhall. A dramatic interlude charts the admission of a child who has been involved in a street accident - a chest x-ray and an operation start him on the road to recovery. The male, female and children's wards are filled to capacity - nurses tend to the needs of their patients. The hospital's multi-departmental structure is illustrated with images of the pathology, ophthalmic, dental and orthopedic departments - a young girl with scoliosis (?) is observed by her doctor. Male patients undergo electrical and light therapies whilst women and children crowd the outpatients waiting room. A quarter of a million people are served by the hospital and the camera explores its catchment area - streets, factories (including Edward Lloyd's paper mill at Sittingbourne) and the dockyards are filmed - all are potential accident sites. The expenses involved in running the hospital - its medical services, kitchens, boiler room and laundry - are highlighted, as are the fundraising efforts of the Friends of St Bartholomew's. The Friends, who comprise mainly of middle-class, middle-aged women, collect household donation boxes - fundraising cheques totalling £4,000 are displayed for the camera before a final intertitle invites the viewer to donate his money. 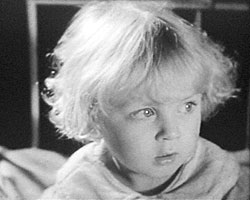 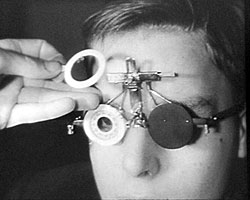 St Bartholomew’s Hospital (1930) was commissioned by The Association of Friends of St Bartholomew’s to raise funds to clear the hospital’s overdraft. Although there is no conclusive evidence to say who was responsible for making the film, reports from the time seem to suggest that Messrs. Kodak Ltd. might have been involved; Messrs. Kodak Ltd. had been involved in making a similar film at the Radcliffe Infirmary, Oxford, which was demonstrated to the hospital trustees. Alderman Alfred Ernest John Price J.P. – a leading ‘Friend’ and the driving force behind the film – screened it at public meetings, he also transported the equipment, acted as operator and spoke on behalf of the hospital.

St Bartholomew’s Hospital was founded in 1123 ‘for the poor and leprous’ – only the chapel of the original building has survived into the 21st century. Prior to the establishment of the National Health Service (NHS) in 1948, health care in Britain was the responsibility of the individual rather than the state. The National Health Act of 1911 provided health care for workers but not their dependants – this equated to approximately 21 million people having cover. Health care provision for the rest of the population was dictated according to personal finances – nursing homes catered for wealthy whilst the poor were serviced by badly resourced municipal hospitals. Voluntary hospitals, such as St Bartholomew’s, served people who were able to pay for part of their treatment but were mainly financed by subscriptions and local taxes. Until the 20th century St Bartholomew’s was funded by rents from land that it owned, grants and private contributions. In order to provide comprehensive treatment, many voluntary hospitals had to seek financing from additional sources – in the case of St Bartholomew’s this led to the formation of the Association of Friends in 1928 (interestingly a year before the Great Depression).

Rochester, a city with a rich history, has been a site of strategic importance for centuries. Its location on the River Medway resulted in the development of a thriving industrial centre and naval base - Chatham Dockyard was one of the largest employers in the area. Screen Archive South East houses other films that record the industrial character of Rochester. For example, the Rochester-based manufacturing company Winget is filmed in Winget Machinery (ca. 1930) and an amateur film-maker captures the industries bordering the River Medway in Watery Trail: River Medway (1938). The prominence of such industry in the first half of the 20th century raised concerns about health and safety at work. For example, in 1924 the National Safety First Association was formed (later to be known as the Royal Society for the Prevention of Accidents) - it was concerned with reducing accidents on the railways and roads, in factories and dockyards. Consequently, it is interesting to note the presence of a poster in St Bartholomew's Hospital (1930) produced by a Joint Safety Committee that details the number and types of accidents at local workplaces. The inclusion of a fictional road accident in the film is also reflective of an increasingly safety-conscious society. In 1930 there were one million cars on the roads and road accidents claimed 7,300 lives. These figures led to increasingly stringent laws being imposed during the 1930s - for instance, a minimum driving age was set in 1930 and compulsory driving test was introduced in 1935.

The E.H. Couchman Collection is housed at Medway Archives and Local Studies Centre. It is, "a collection of postcards, photographs, ephemera and manuscripts pertaining to the history of the Medway Towns, Gillingham, Rainham, Gravesend, Dicken’s Country, the Lower Medway Valley and the Hoo Peninsula." The collection includes several items relating to St Bartholomew’s Hospital dating late 1800s-1960s.
http://cityark.medway.gov.uk/

"One of the world's greatest collections of books, manuscripts, pictures and films around the meaning and history of medicine, from the earliest times to the present day. The catalogue of the Welcome Trust Library is searchable online.
http://wellcomelibrary.org/