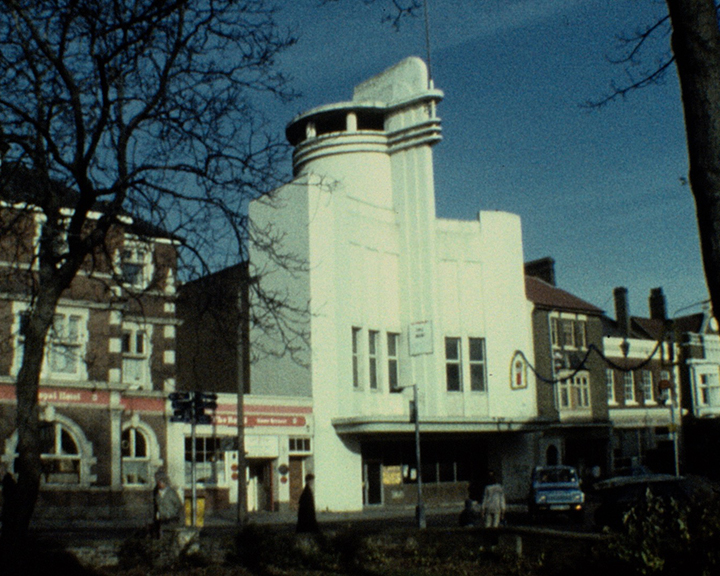 Alan Stingemore's short film captures the final years of the Rio Cinema at 27 Broadway, Sheerness. This extraordinary Art Deco-style building seems at odds with its surroundings. There are dramatic views of the cinema’s white stuccoed edifice with its sculptural forms and surfaces before tilting down to the neglected looking foyer and canopy. 'Save the Rio' graffiti can be seen on the walls as the traffic passes by. 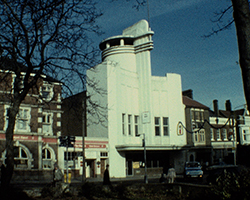 Sheerness' Rio Cinema was designed by George Coles and opened in June 1937. Originally built as part of the Kay Brothers' cinema chain before being taken over by Gaumont British Theatres, the Rio could seat 1600 patrons. It also had a large foyer which could accommodate a further 500 waiting customers. This meant that cinema-goers could wait in air-conditioned comfort inside the building rather than queue outside. After the Rio closed in June 1958, the building became a factory for the production of Lilliput toys until it was abandoned in 1987. Efforts to preserve the building were unsuccessful and it was demolished in 1988. A residential blocks of flats now stands on the site.