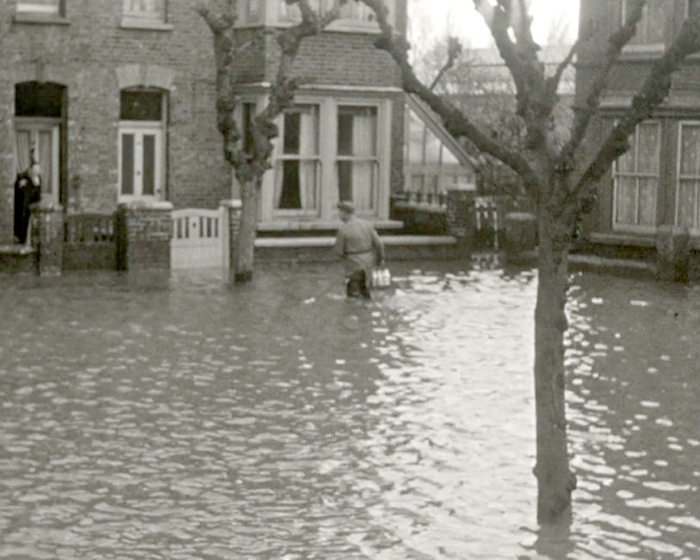 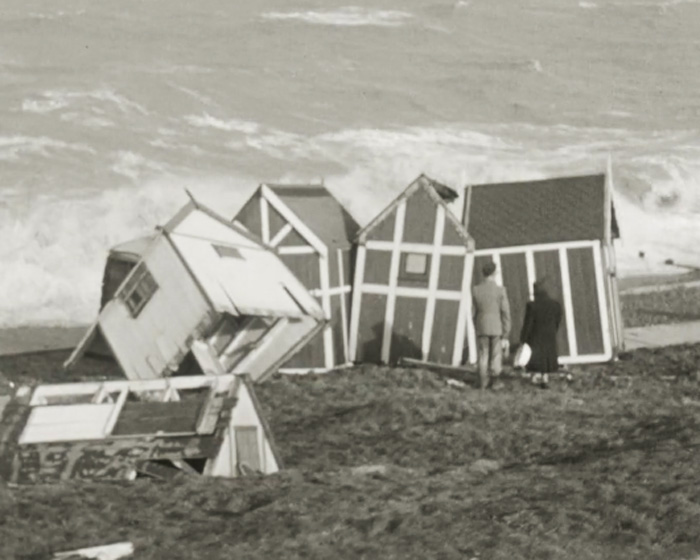 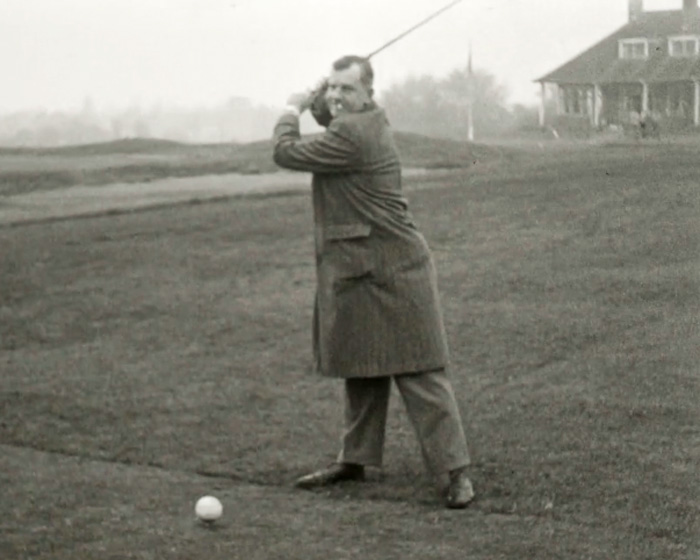 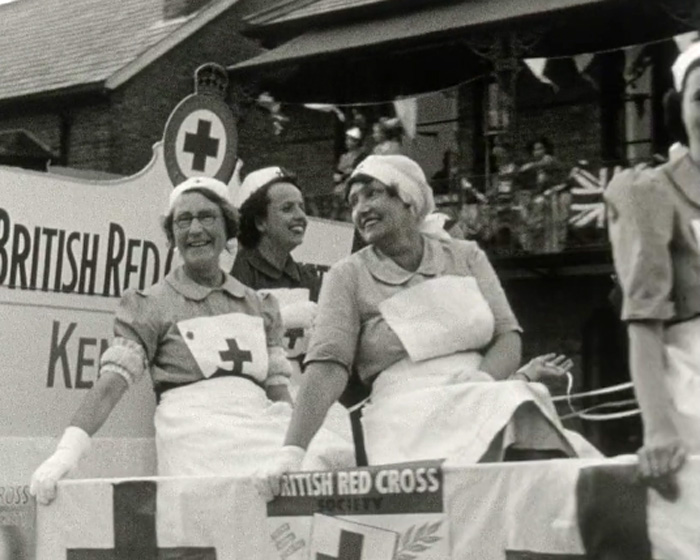 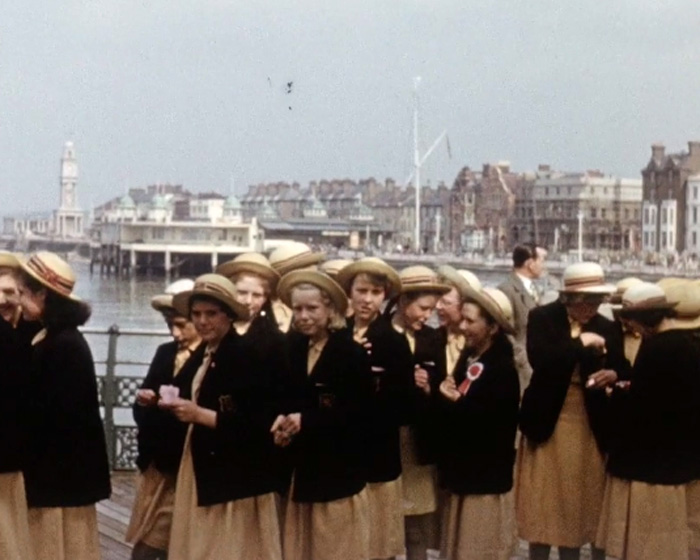 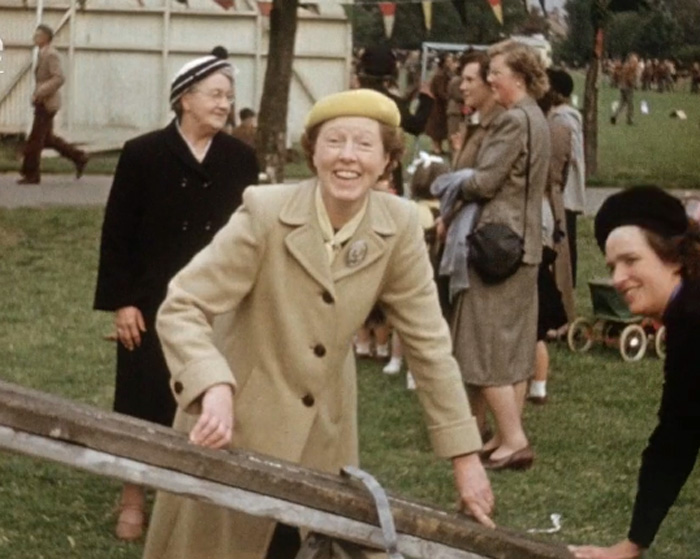 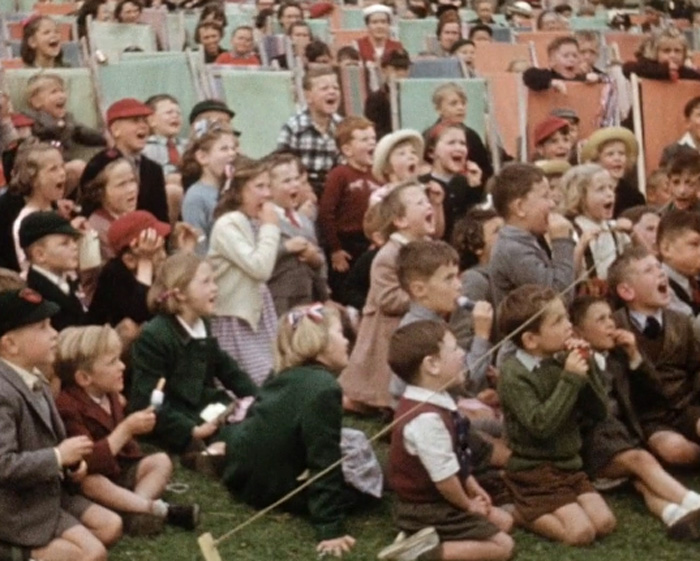 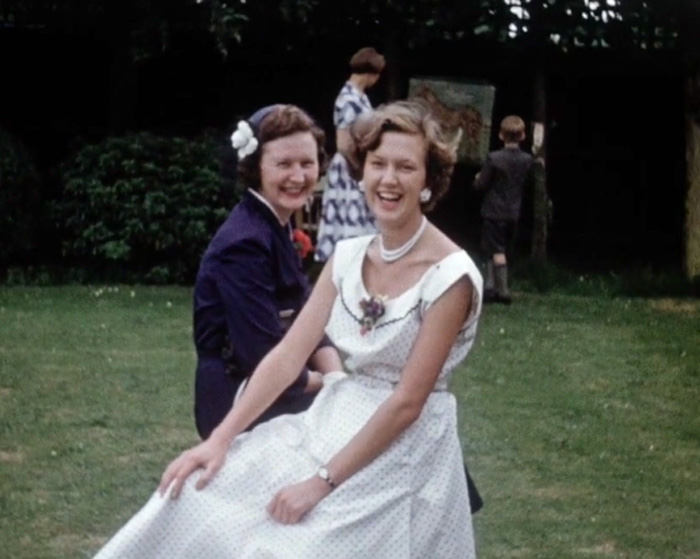 'The commentary by Gordon Bagnall'

The aftermath of the great storm which struck on January 31st 1953 is shown in and around Herne Bay. The sea front and several streets in the middle of the town, including the High Street, are featured. Specifically, flooding and damage to premises around the Clock Tower, the Memorial Park, Brunswick Square, West Cliff and the seafront. Local people are seen on the streets wading through flood waters and inspecting debris. Trucks and rowing boats share the roads. The milkman delivers his round by boat; people attempt to salvage belongings from wrecked beach huts. The commentary praises the relief effort in the town.

The film shows the aftermath of major subsidence of the cliff at Beltinge shortly after the great storm.

Golf! A new captain “plays himself in”

A group of women stand talking and smoking outside the golf clubhouse; they walk towards the camera. A group of men are then seen outside the clubhouse. A man pulls his golf clubs on a trolley smiling for the camera, as do other golfers. A man holds a camera as the golfers assemble for the installation of the new Captain of the Herne Bay Golf Club, C.J. Simms in April 1953. The new captain is shown driving off at the first tee. The cameraman, John Clague, (wearing a long overcoat and suit, smoking a cigarette) also makes an appearance attempting a golf swing. Various players tee off or stand waiting their turn.

The band of The Royal East Kent Regiment leads the parade, followed by floats carrying Carnival Queens from Herne Bay and neighbouring towns of Whitstable and Ramsgate. Other floats and fancy dress competition winners follow, waving at the crowd lining the street. Local town floats include one labelled 'Birchington Engineering Co.', the British Red Cross Society, and the Civil Defence Corps, Canterbury Division.

A parade takes place with various organisations, including The Sea Cadets, Guides and armed forces marching passed the Bandstand on their way to St. John’s Church for a service for the Coronation of Queen Elizabeth II. Also in the procession are Brownies and Guides and members of other local organisations.

The film switches to colour to show Herne Bay decked out with flags and bunting and various activities culminating on Thursday 4th June with Tea and Fete day in the Memorial Park with various events for children. These included seesaw rides and slides, Punch and Judy shows and an 'ice lolly' for each child. The day concludes with a firework display.

The annual garden party held at Underdown, Eddington was opened by Mr Leslie Thomas MP. General scenes of the party are recorded, capturing the women wearing smart summer dresses and hats. The commentary describes the 'skies of true blue' that 'look down on this happy function' since the Conservatives had won the election.

The annual Cripplecraft Fete in Strode Park is shown with stalls and side-shows being prepared before the official opening. The fete is then seen being opened by Mr Jack Warner, star of stage, screen and radio, accompanied by the chairman of the Council and Mrs Pettman, the vicar of Herne and the Chairman of the Cripplecraft charity. Miss Pamela Fortune is seen presenting Mr Warner with a Cripplecraft toy. Many of the side-shows and activities are shown. The Dagenham Girl Pipers are seen bringing the event to an end. 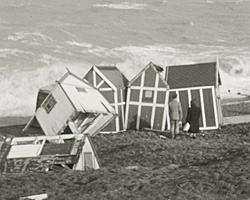 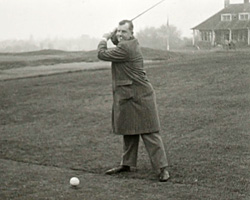 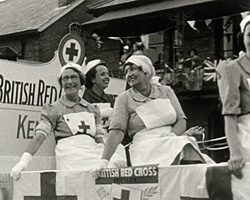 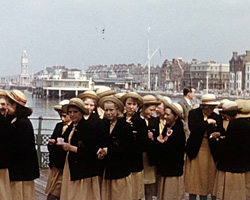 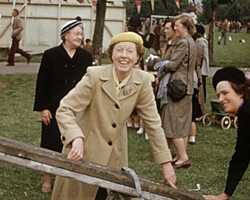 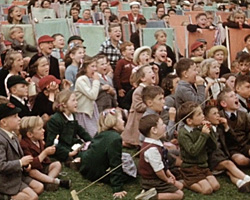 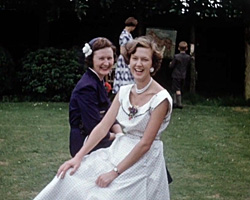 The Carnival was traditionally held on a Thursday, early closing day in Herne Bay.